Gateway to Middle East: CABSAT Opens Next Week in Dubai 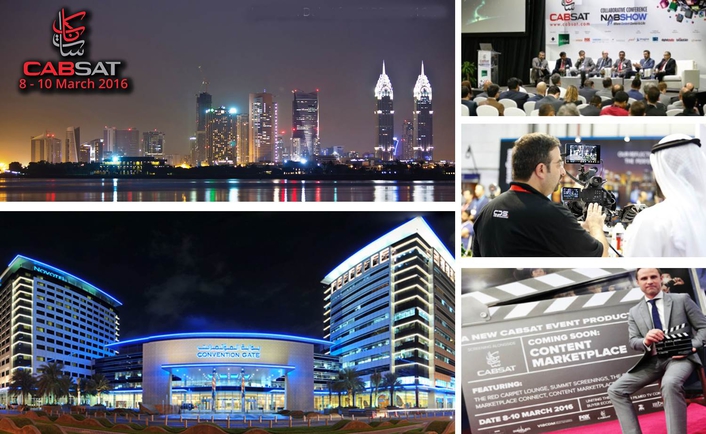 The previews will be maintained on a daily basis and the link Cabsat2016 will always show the growing number of featured in alphabetical order.

Formed in August last year, LiveIP implemented a live TV production studio at VRT’s Brussels production centre, using state-of-the-art IP and IT-centric hardware and software. Subsequently, on 15 January VRT successfully accomplished a trial remote production of a live musical concert over IP; the world’s first remote, live multi-cam TV production over IP, using entirely open standards (SMPT2022-6, AES67, PTP and OPENFLOW), across the whole production chain. An outside broadcast unit at the Bozar concert hall in the city centre was connected to the VRT production studio five kilometres (three miles) away via IP, using just a single dark fibre cable. Signals from four IP cameras, 10 microphones via an IP stagebox, intercom, cam control, tally, internet and more, were transmitted via the 10 kilometre cable at 25Gbit/s. The trial proved the capability to remotely produce live broadcast events via IP, without the use of an OB vehicle.

Conferences, sporting events, concerts, festivals…today's trend for live events, with a live audience, is to be connected, to extend the audience above the walls of a stadium or a concert hall.  Icon Broadcast Group operated the live production of VESTROCK festival held in Hulst in the Netherlands. The event's focus is mainly about music, art & science and mixes together various kinds of music, performing arts, theater, street art, illusionists and more….a real place of expression for artists. The festivals' publicity is growing. The number of visitors increased tenfold since the start in 2010. The festival was nominated ten times for a European Festival Award and is in the top 10 of best European Boutique Festivals. 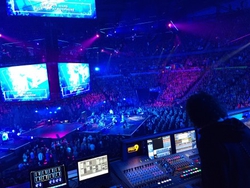 This year the Passion Conference was held simultaneously at three venues in two different cities all linked together to share content by an Optocore digital fibre network. The three-day conference saw attendance at more then 40,000 people with six bands and six guest speakers to entertain the crowds in all three cities. at Sound Systems from Camarillo, CA is a leader in providing state of the art sound reinforcement systems for major productions around the world. They were hired to provide the staging for all three venues. Each venue had an identical system: three DiGiCo SD7’s with four SD Racks and a Mini Rack, connected together using the Optocore fibre optic network. Every production has its unique requirements and challenges; with this event the Ministry, 268 Generation, needed to share content between all three venues in real time. 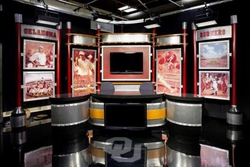 The University of Oklahoma (OU) has expanded its SoonerVision studio workflows with new 12-channel XT3 live production servers for a total of 36 channels from EVS, the leader in live video technology for broadcast and new media productions.  The new system, which features equipment upgrades and additions to SoonverVision’s existing XT3 servers, also includes the IPDirector content management suite and LSM Connect for touchscreen clips and playlist management — making it one of the most advanced live production systems in college sports today. According to Assistant A.D./Broadcast Operations Brandon Meier, the new system enables a more streamlined production workflow and dramatically improves the production quality at SoonerVision, which provides production services for the University of Oklahoma Athletic Department. 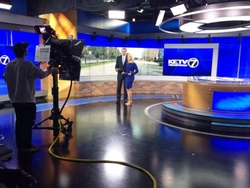 Hearst Station KETV in Omaha Partners With BeckTV and Evertz

BeckTV, one of the United States' premier design-build systems integrators, has completed the installation and commissioning of broadcast systems within the brand-new KETV facility, located within the renovated Burlington Station in Omaha, Nebraska. The Hearst Television-owned television station worked with BeckTV to integrate state-of-the-art broadcast systems, using Evertz end-to-end infrastructure solutions, into the historic building while preserving original elements dating back to 1898, when the rail station first opened. "BeckTV has a great deal of experience completing significant station builds for Hearst, and the good relationship we enjoy helped us to overcome the challenges of establishing a 21st century media facility within a 117-year-old structure," said Warren Behrens, KETV director of engineering. 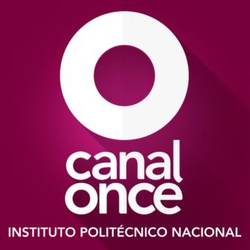 Canal Once produces four daily newscasts Monday through Friday in addition to talk shows, educational programs, documentaries, recorded clips and kids programming. Canal Once upgraded its news studio with Grass Valley’s GV STRATUS production asset management toolset, EDIUS editing software, Karrera K-Frame production switcher and the Kaleido-MX 4K ultra-high-definition multiviewer. “As a long-time user of Grass Valley products and solutions, we have a very high comfort level with the technology and know that it’s the right investment for us,” said Oscar Baldenebro, operations director, Canal Once. “GV STRATUS is the perfect turnkey solution for us that works as designed—tailored to our needs.” 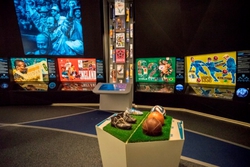 The symbolic laying of the FIFA World Football Museum’s foundation stone actually took place as long ago as April 2013, with construction approval following a year later. The museum, which covers an area of approximately 3,000m2, offers a unique, interactive world of experiences with more than 1,000 objects, 1,480 pictures and 500 videos telling the captivating story of international football and the FIFA World Cup™. The FIFA Museum’s Main Hall on the ground floor, called Planet Football and extends a warm welcome to its visitors. The Rainbow displays the national jerseys of all FIFA members as well as iconic football objects. Also on the ground floor The Timeline tells the story of the modern game in a brushstroke and how FIFA has helped develop football globally since 1904.

FOX Sports is introducing a new feature for its FOX Sports Go app users during its live broadcast of the renown Daytona 500 on February 21, 2016.  The feature, called “Driver Channels”, allows fans of specific NASCAR drivers to follow their heroes closely on all of the major OTT outlets (iOS, Android and Amazon Fire) and portable devices (computers, tablets and smartphones). These Driver Channels are part of FOX Sports’ expanding TV Everywhere programming service that is bringing fans closer to the track during a live race. There’s a Dale Earnhardt “88 Car Channel”, a Kyle Busch “18 Car Channel”, a Joey Lagado “22 Car Channel”, and eight others which will be available during the entire Speed Week of this year’s Daytona 500. 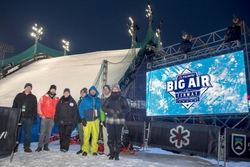 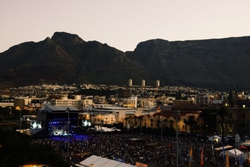 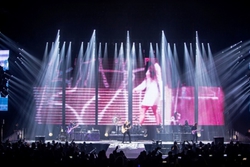 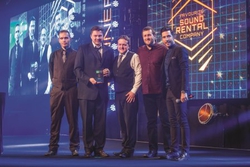 Liverpool based Adlib Audio won the coveted 2016 Total Production International (TPi) Award for Favourite Sound Rental Company. The Awards were presented by comedian and actor Russell Kane at Evolution in Battersea Park, London, in a full-on high profile event to honour the technical and creative achievements of live productions and events over the preceding twelve months. It was attended by 1300 plus professionals and personalities from all sectors of the entertainment technology universe, who enjoyed the biggest industry night of the year. After collecting the Award, Director Phil Stoker stated, “We are honoured to win the TPi Award against such stiff and serious competition! The votes are cast by people in our industry who are just like us, which adds resonance and real meaning to the process, and it’s also down to all the fantastic staff and crew at Adlib and their hard work and dedication that’s contributed so much”. 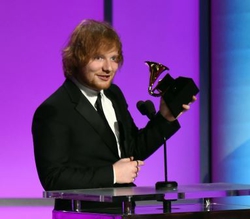 In an evening of moving musical tributes and memorable live stage performances, audio manufacturer Sennheiser came through to deliver ultra-reliable wireless audio for the duration of the 58th Annual GRAMMY Awards. With more than 18,000 celebrities and music fans in attendance and a viewership of more than 24 million, featured artists including Lady Gaga, Kendrick Lamar, Adele and The Weeknd each delivered performances using Sennheiser wireless microphone technology, with Taylor Swift performing the show’s opener “Out of the Woods” on a Sennheiser Digital 9000 system. Sennheiser user Ed Sheeran scooped up two GRAMMY Awards for “Thinking Out Loud”: one for Song of the Year and another for Best Pop Solo Performance. 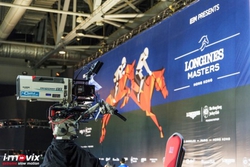 One of the world’s most prestigious sports series, the Longines Masters, has premiered INFINITE, the new ultra motion system from I-MOVIX. EEM, founder and organizer of the Show Jumping events, included INFINITE in its production at the Parisian Leg in December, using it to capture the entire event in a continuous shot at 500fps in 1080p HD – a broadcast first. The ground-breaking INFINITE system was featured again in the coverage of February’s Longines Masters in Hong Kong. The ability of the system to operate in standalone mode, recording more than one hour’s action on board without requiring a production server, simplified the setup and workflow for the production. By shooting the entire event continuously the production team had every moment of the action available for instant ultra-slow motion replay, and were able to feature beautifully detailed imagery to highlight moments of drama. 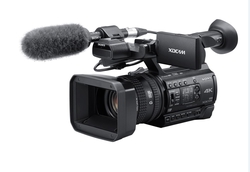 Sony has announced the PXW-Z150, the latest addition to its XDCAM range of lightweight, easy to use professional camcorders with new functionality to enable wireless operation and 4K high quality shooting. The flexible, effortless set up capabilities of the portable PXW-Z150 enables content creators of all experience levels to deliver impressive imagery for content and events shooting scenarios, no matter how tight their brief. The PXW-Z150 features a 1.0 type stacked Exmor RS CMOS image sensor, providing users with spectacular 4K recording and impressive 5x slow motion in Full HD - essential functionality for content creators looking to deliver corporate or personal productions to the highest quality.

LG Electronics announced the world’s first end-to-end 4K broadcast using the next-generation ATSC 3.0 standard. Conducted in Korea, the test broadcast was a joint project of LG, Korean broadcasters SBS and MBC, the Electronics and Telecommunications Research Institute (ETRI) of Korea, conditional access firm DigiCAP of Korea, broadcast equipment supplier TeamCast of France, and video software supplier Media Excel of the United States. Being developed as a global standard by the Advanced Television Systems Committee, ATSC 3.0 is world’s first Internet Protocol (IP) based broadcast system, combining broadcasting and broadband for the first time. Most of the 20 elements that comprise the ATSC standard have now moved to Candidate Standard status, one of the last steps in the standardization process.