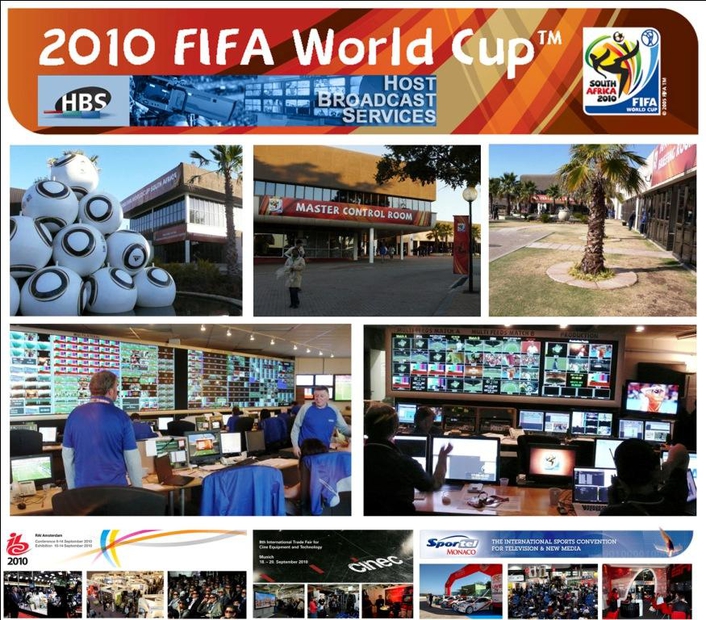 The Production Philosophy behind the FIFA World Cup™ 2010

Considering a world wide audience of billions of TV viewers HBS has established clear guidelines for the production of the multilateral coverage of each of the 64 matches, on-screen graphics, Multi-Feeds and the Mobile Match Feed.

The Production Plan takes into account a number of parameters including (but not limited to):
• The FIFA World Cup™ attracts a wider TV audience than other televised football events. The audience includes viewers who know less about the technical aspects of the game and are more interested in the size, scope and human interest angles of the event.
• Increasingly the FIFA World Cup™ is seen by more than just the traditional TV audience, as internet and mobile outlets become more and more prevalent for highlights, goal alerts and even full match streaming.
• TV coverage of football matches varies widely around the world. Many countries, for example, still use five-camera coverage. Diverse production styles continue to co-exist between regions, and even within regions.
• Recognising that more and more Media Rights Licensees (MRLs) are broadcasting in High Definition and Standard Definition (SD) widescreen while respecting that much of the global audience is still watching in analogue 4/3.
• Production style and coverage must remain uniform and impartial, with no distinction made between better-known and lesser-known teams.
• The challenges facing the broadcast community in their unilateral planning, both on site and at home, and how the Production Plan can best support them.
• The expectations of ‘new media’ and in particular mobile content.
• Recognising the expectations from the broadcast community in regards to specific special cameras – aerial-, cable- and ultra-motion-systems were tested at various events prior to the World Cup. 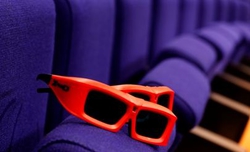 At the heart of the IBC Conference are the Technical Papers and Posters produced by leading figures from the world’s electronic entertainment industry. Drawing from a global pool of participants, who compete fiercely for their material to be accepted by the Technical Papers Committee, these are presented in the Technology Advancements stream, one of the four streams around which the Conference is structured.

The content is as cutting edge as you would expect, and ranges across the rising importance of social media, advancements in IPTV and VoD, the future of audio and radio, digital restoration, stereoscopic 3D and also features a detailed look at Ultra HDTV. This is where the future of the industry happens first. 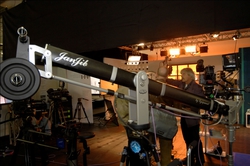 Numerous talks and workshops accompany the cinec, Germany’s largest fair for Cine Equipment and Technology, from 18th to 20th September 2010. While more than 130 companies from 14 countries (last update: middle of June) demonstrate the current state of the art for film shooting and editing in the halls of the M,O,C,, all questions concerning the technology and its application are answered and dealt with in detail in the seminar program.

Sunday is dedicated to 3D and the cinema. Subjects are for example stereoscopic projection systems and digital distribution for cinemas and finally the 3D live-production which has been used more broadly for the first time during the football world cup.

The International Sports Program Market for Television and New Media 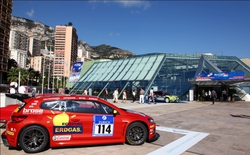 The International Sports Program Market for Television and New Media, is universally recognized as the one indispensable, must-attend international Market for companies involved with any aspect of sports programming and sports content across all distribution platforms. Every October, high-level sports executives gather for 4 days of networking, deal-making, learning about new industry trends, forging new alliances… In 2009, 2 247 participants representing 938 companies from 68 countries attended SPORTELMonaco.

Find out which companies you can meet at SPORTELMonaco. Follow the link below 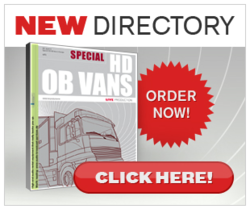 In our HD OBVan Special 2010 you will find detailed descriptions of 42 new HD OBVans from all across EMEA. And because 3D is on the rise, the first 3D truck in Europe is described in quite detail. Three month ago the Olympics in Vancouver have attracted a worldwide audience with high definition pictures and surround sound and in three weeks time the FIFA World Cup™ again will attract spectators from all around the planet with pictures in HD and for the first time in 3D. The production of both events is covered in this issue. You also will find detailed presentations of 16 European System Integrators, a story about the live production of the Winter X Games 2010 and the story about recording classical music in Aleppo, Syria.

Please order your copy at the following link: