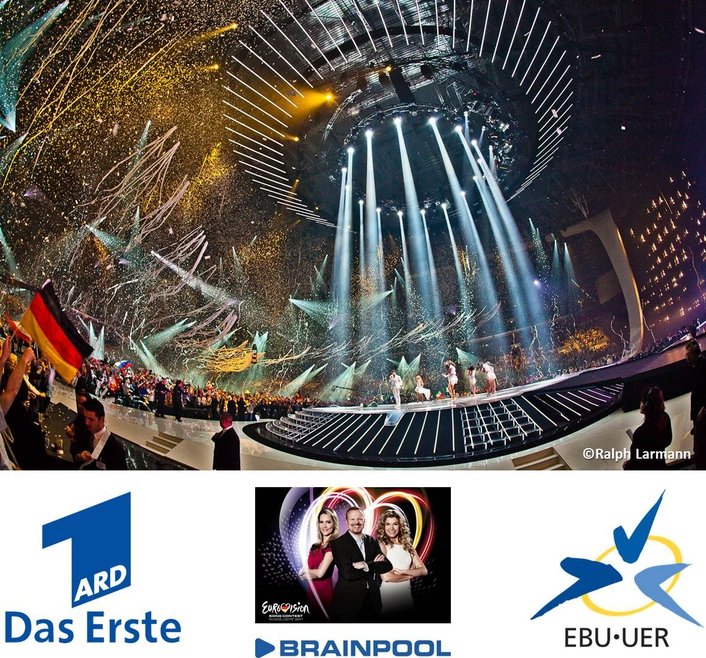 In 2011, the visual identity of the Eurovision Song Contest was under the theme ‘Feel your heart beat!’. The theme refers to the great emotions which music can evoke – and which belong to the distinctive character of Europe’s favorite TV show: Enthusiasm, heart beating, excitement, love and passion. “There are no limits to these emotions, there are no language barriers. The theme also refers to the fact that every song has its individual rhythm,” Thomas Schreiber, Executive Producer Show of NDR explained. To follow this guideline was an exciting challenge for the whole Eurovision Song Contest (ESC) team to design, produce and broadcast one of the most spectacular events in 2011. 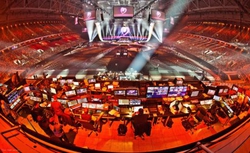 The Eurovision Song Contest format is fairly straightforward. Member countries of the European Broadcasting Union (EBU) can submit an original song to compete in the annual show. Based on the performance, the public audience of the participating countries phone in votes for their favourite act, as long as it’s not their own country. Combined with the scores of professional national juries, a winner is chosen and that country hosts the contest the next year. Last year, Lena Meyer-Landrut of Germany was crowned winner with her song “Satellite”, putting the contest in Germany for 2011. This year broke records in many areas including equipment load and audience size. It also tied the record for most participating countries – 43 (tied with Serbia in 2008). The show spanned three live broadcasts – two Semi-finals on May 10th and 12th and the Finals on May 14th. The 2011 Finals in Düsseldorf had one of the largest live viewing audience in Eurovision history with 36,000. This combined with an estimated 120 million television and internet viewers makes it the largest music television program in the world. 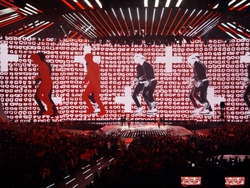 Almost six weeks and with ~60 media technology team members Creative Technology was on site during the set-up, the rehearsals, both semi-final shows, the grand final and for the dismantling at the arena in Düsseldorf. Highly satisfied was CT project manager Alexander Klaus: „The good and in many productions proven cooperation with the other parties and partner companies, among Cape Cross Studio & Filmlichtgesellschaft mbH and Stage Kinetik GmbH, guaranteed the project to run smoothly…“ By order of BRAINPOOL TV GmbH, acting on behalf of the NDR, Creative Technology was the chosen media technology partner and realized the largest and state-of-the-art TV set with a stunning LED installation on stage for the Eurovision Song Contest 2011 in the Düsseldorf arena. 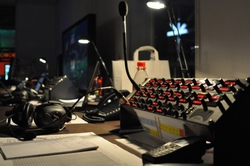 To provide the broadcast infrastructure and the signal distribution backbone the German specialist for real-time networks installed a comprehensive system that distributed 70 HD/SD-SDI video signals, 1,200 audio signals and 734 communications ports. A total of 70 MediorNet mainframes were used to integrate the various positions and departments into a single system, including the TV compound, commentator positions and the press center. MediorNet was responsible for transporting the broadcast signals to the OB trucks and distributing the video signals within the arena, for example to the monitors on various visitor floors, the video walls, as well as the greenroom and the commentator booths. “MediorNet’s network approach allowed us to keep full flexibility regarding the signal distribution and allowed us to monitor the complete installation”, said Simon Korzen, project director for the ESC at Riedel Communications.

A & O FALCONs Shine on Eurovision

The show’s name says it all. It’s a song contest between member countries of the European Broadcasting Union (EBU). The public votes for their favourite song and the winner hosts the contest the following year. 43 countries competed this year, tying for the most since Serbia 2008. Three live broadcasts were held – two Semi-finals on May 10th and 12th and the Finals on May 14th in front of the largest live viewing audience in Eurovision history with 36,000. Another 200 million estimated television and internet viewers make Eurovision the largest music television program in the world.German Lighting Designer Jerry Appelt specified masses of lighting to deliver unique looks for the 43 countries, three interval acts and opening act for the Final broadcast. Over 2,100 moving lights were incorporated into the design, with the majority hung overhead, spanning the entire space of Düsseldorf Arena. Clearly, this needed a powerful balance from the floor. 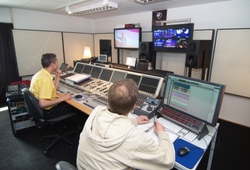 “As 'Official Supplier' and partner of German public broadcaster NDR, STAGETEC provided all the mixing consoles used to broadcast this years Grand Prix,” says Dr. Klaus-Peter Scholz, one of the MEDIAGROUP’s managing directors. Four AURUS’, each with 48 faders and a full complement of DSP were on site. Three were installed in mobile control rooms the NDR had set up on the Arena campus, the fourth was in one of NDR’s HD outside broadcast trucks. In this set-up two of the four sound control rooms undertook all the broadcast sound mixing. The first did the music mix and passed its output to the second which produced the international sound feed. The third and fourth sound control rooms acted purely as backups and were therefore equipped with identical hardware and were able to take over seamlessly in case of any failure of the main system. 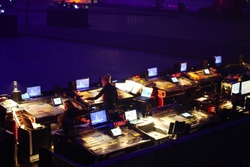 From unicycling Moldovan fairies to transparent Italian pianos and Irish twins in giant shoulder pads, the 2011 Eurovision Song Contest delivered a feast of everything that one would expect from this most famous televised event. With widespread agreement that musically it was also the best for some years, more than 20 Yamaha digital mixing consoles helped to ensure that the sound matched the spectacle. Taking place at the Esprit Arena - a temporarily-converted football stadium - in the German  city of Düsseldorf, the contest featured performances by acts representing 43 different European countries and was televised live to an audience of millions by national  broadcasters Norddeutscher Rundfunk Fernsehen and ARD German Television. Yamaha worked closely with rental company Neumann & Müller to provide an audio system that would provide both high quality sound and cast-iron reliability. The event’s Senior Sound Engineer (PA), Jochen Jensen, approached Yamaha’s Arthur Koll, with a view to using a system which had a great focus on redundancy. 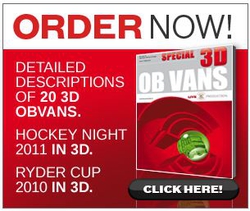 You also will find the following reports: