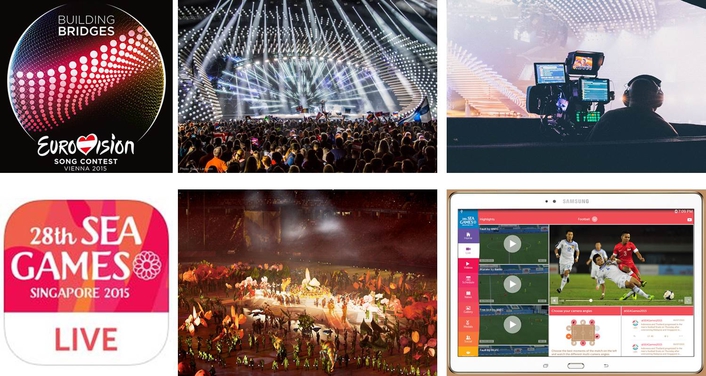 Clay Paky Mythos made its Eurovision Debut in Vienna
Celebrating its 60th anniversary with the theme, ‘Building Bridges, Eurovision was sponsored by OSRAM and hosted at the Wiener Stadthalle in Vienna. UK based Gurdon, whose previous lighting triumphs include the opening and closing ceremonies of the Sochi Olympic Games and the American Super Bowl, has now lit Eurovision three times. This time he chose 172 of the new Clay Paky Mythos, 48 X Sharpy Wash 330, 83 X A.leda B-EYE K20 and 74 Stormy fixtures to deliver a dazzling, party atmosphere bursting with vibrant colour, varying shape and dimension.

ESC renewed official broadcasting partnership with Videohouse
Videohouse, the Belgian subsidiary of Euro Media Group, the leading provider of broadcast facilities and services in Europe, announced it is the chosen partner for the recording and the  broadcasting of the 60th Eurovision Song Contest in Vienna. 3 fully equipped Outside Broadcast trucks and a team of 40 highly-qualified technicians will work to bring viewers across Europe the best broadcasting quality of the artists performing live at the Wiener Stadthalle in two semi-fanals and the final on 23rd May.

Nearly 500 Robe BMFLs Help 2015 SEA Games Opening Ceremony Rock!
The glittering spectacle staged in the new 55,000 capacity National Stadium was broadcast live on national TV and across south East Asia, reaching an estimated audience of 600 million plus, and saw the 28th SEA Games declared open in great style. It also featured the greatest number of Robe BMFLs – to date – used on a single event. The BMFL moving lights were right at the core of an amazing lighting scheme designed by LD Mac Chan for the vibrant Opening Ceremony of the 2015 South East Asia Games in Singapore on Friday last week.

EVS delivers first-ever multisport MULTICAM second-screen experience
During the games viewers will be able to watch live games and near-live multicam clips from the new Sea Games app, supporting Android and iOS smartphones and tablets. Developed in partnership with NETCO SPORTS, the app will feature content from all 36 sports at the SEA Games, including swimming, boxing, rugby, cycling and table tennis, to name just a few. This is the first time such an extensive multimedia delivery platform has been built for a major multi-sport event with the multicam experience. 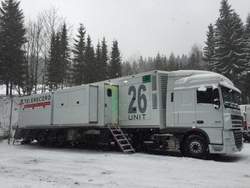 Platinum IP3 is the latest evolution in Imagine Communications’ innovative Platinum router technology. Like the rest of the acclaimed Platinum line, the enterprise-scale IP3 router integrates mixed-format video and audio routing, copper and fiber inputs and encoded signals such as AES and MADI audio, as well as multiviewers, frame synchronization and quality control. The Platinum IP3 control system helps enable hybrid SDN-IP infrastructures, offering a path to an all-IP future alongside traditional broadcast audio and video, making it an ideal platform for the transition to software-defined broadcast networks and workflows. According to Fabio Bertini, owner and CTO of broadcast production company Telerecord, virtually every new outside broadcast truck built in Italy in the last year has featured a Platinum IP3. 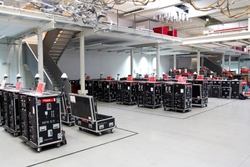 Creative Technology (CT), one of the world's leading suppliers of A/V equipment, has expanded its supply of Riedel Communications' pioneering real-time video, audio, data, and communications solutions. Engineered to provide exceptional performance and flexibility even in the most demanding environments, the Riedel systems contribute to Creative Technology's ability to meet the communications and signal transport requirements of any sports, corporate, exhibition, or entertainment event. "We have been using Riedel equipment in the U.S. for some time, and this new investment underlines the confidence we have in Riedel gear and the critical role it plays in enabling our teams worldwide to provide high-quality, high-performing solutions tailored to the demands of the customer and event." 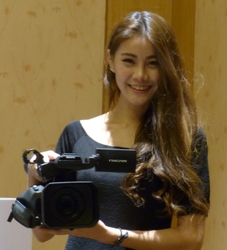 The HXR-NX100 features a 1.0 type Exmor® R back-illuminated CMOS Sensor with 20 megapixels. The sensor, which is approximately the same size as a Super 16mm film frame, delivers high resolution, low noise and stunning picture quality even in low light conditions, as well as offering more depth of field control as demanded by today’s diverse shooting requirements. Stunning picture quality is further ensured by a fixed Sony G lens, offering 12x optical zoom from 29mm angle of view at wide end that can be increased to 24x with Clear Image Zoom, while retaining full resolution thanks to By Pixel Super Resolution Technology. Furthermore, zoom performance can be doubled at any point with a Digital Extender by up to 48x. These features, combined with built-in 4-step ND filter, mean the HXR-NX100 is well prepared to capture quality content in any environment.

Back in 2009 the “HK-Series” cine zoom lenses with 8K-class optical performance was introduced. The HK-Series have since become popular visual tools in major movie productions around the globe. In 2012 on the back of the success of the HK-Series Fujinon launched the 4K-class “ZK-Series” cine zoom lenses which are much lighter in weight, they were the world’s first PL-mount cine lenses which incorporated  detachable full servo 16-bit drive units.  Both the HK and ZK lens series played a major role in the 4K test broadcasts of numerous global sporting events including the Confederation Cup and World Cup, further raising both Cinematic and TV Broadcast industry recognition of FUJINON as synonymous with 4K (+) ultimate optical performance. 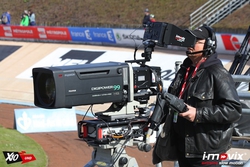 After being the world-first to offer the 10x and 6x continuous super slow motion technology, I-MOVIX took another step forward with the world premiere use of the X10 UHD system as a live broadcast production tool at the 113th edition of the Paris-Roubaix stage race, the tenth race of the 2015 International Cycling Union (UCI) World Tour. France Télévisions used an X10 UHD system in 1080 HD mode at 500 fps super slow motion delivering a continuous 10 times feed of an extraordinary quality. In particular, the I-MOVIX system, provided by AMP Visual TV, France's leading provider of broadcast services, offered a continuous streaming of astonishing super slow motion images of the riders crossing the finish line. For this ground-breaking broadcasting event, the I-MOVIX X10 UHD system was tested with a FUJINON XA99x8.4 BESM box lens and IBE HDx1.4 adapter. 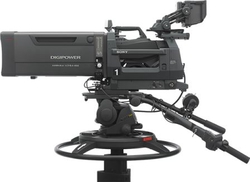 Following the success of the 2014 UEFA Champions League final in Lisbon, the 2015 final in Berlin will represent the second occasion that European club football’s most prestigious match will be produced in 4K. For the Berlin final, Sony’s new HDC-4300 and proven PMW-F55 4K Live System cameras will be used for the 4K production, enabling the capture of crystal clear and immersive footage.UEFA’s end-to-end live production workflow will include Sony’s PWS-4400 4K servers and the MVS-X series multi-format switchers. To ensure the peerless footage captured in the stadium matches the production team’s view of the action, UEFA will use Sony’s 30-inch BVM-X300 OLED 4K monitor for live monitoring within the OB truck. In addition to the BVM-X300, Sony’s 85-inch FWD-85X9600P BRAVIA Professional 4K LED screen will also show live ultra-high definition footage from the match in the dedicated UEFA showroom in the broadcast compound.