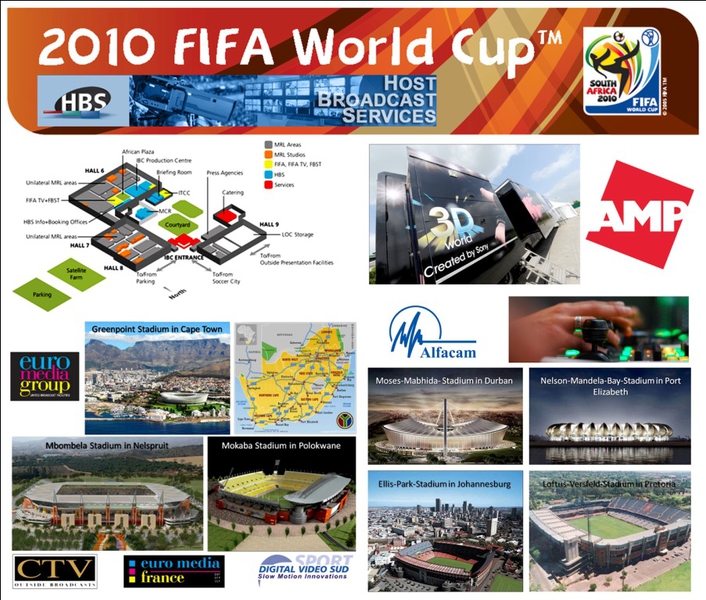 As the curtain rises for the 2010 FIFA World Cup™ in South Africa, Infront’s subsidiary, Host Broadcast Services (HBS) is managing the most comprehensive broadcast in sport with a team of over 2,500 people on behalf of FIFA.
This will be the most content rich FIFA World Cup in history. There will be full HD coverage, specialised production for mobile media and a major innovation – coverage of 25 selected matches in 3D. All 64 matches will be covered by up to 32 cameras. 40 ENG TV crews will be gathering additional non-match footage and feature material. Overall, broadcasters can utilise more than 2,750 hours of originating coverage to provide stories shaped to suit their audience.
From 10 stadiums in nine host cities, from the pitch to production centers at each stadium and to outside broadcast vans for the unilateral signals, via satellite or fibre optic cable, the world’s greatest football action will flow towards the IBC and from there, to audiences around the world.

HBS’s responsibilities are considerable. They include filming and transmitting the signal, as well as providing broadcasters with unilateral production, transmission and commentary facilities and services. HBS has build out the International Broadcast Centre (IBC), as well as the multi-lateral and unilateral broadcast facilities at the IBC and all stadiums where matches are played.

Following a highly competitive process, the City of Johannesburg was selected to host the International Broadcast Centre (IBC) for the 2010 FIFA World Cup™. Johannesburg was chosen for many reasons, including the quality of its infrastructures, the variety of accommodations and activities available and its role as an international gateway into South Africa, as well as its strongly expressed willingness to provide all possible support for the IBC and its users.

Get all the Detailes of the IBC in Johannesburg at 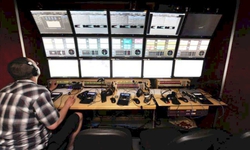 The two Sony equipped 3D OBVans arrived in Johannesburg on 3rd June in the evening. After extensive testings by HBS on various events during the last two months in England and France, the two 3D OBVans - one from AMP and one from Telegenic - were flown into South Africa. "Car 8" owned and operated by the French Company AMP and "T 16" owned and operated by the British company Telegenic are the first two European 3D OBVans covering a prestigious event like the FIFA World Cup.

"Car 8" and "T16" have been retrofitted to be 3D ready and were put into service at the beginning of April 2010. Both trucks feature a 3D layer (time code synchronized dual stream operation) throughout the entire infrastructure including the MVS-8000 vision mixers, the SRW-5800 VTRs and the XT[2] servers.

Read the complete story at 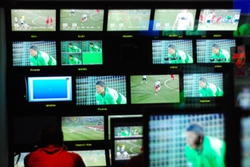 HBS and Grass Valley Group assigned 45% of the “Host Feeds” production of the WC 2010 to Alfacam. HBS is the production company carrying the responsibility, by order of FIFA, to ensure that all the TV recordings are perfect. Grass Valley Group is providing cameras and other TV equipment. Therefore Alfacam will not deploy HD OBVans, but four customized fixed settings, built in a container village at each venue. Those were developed last year by the engineering team of Alfacam, in collaboration with HBS and GVG for the Confederations Cup. Besides that there will also be 90 extra cameras and 120 technicians.

In addition Alfacam will provide unilateral signals specifically for the German public broadcasting companies ARD/ZDF and the Japanese consortium around TV Asahi, with eight TV vans, 80 cameras and about 35 top technicians.

Read all the background info at 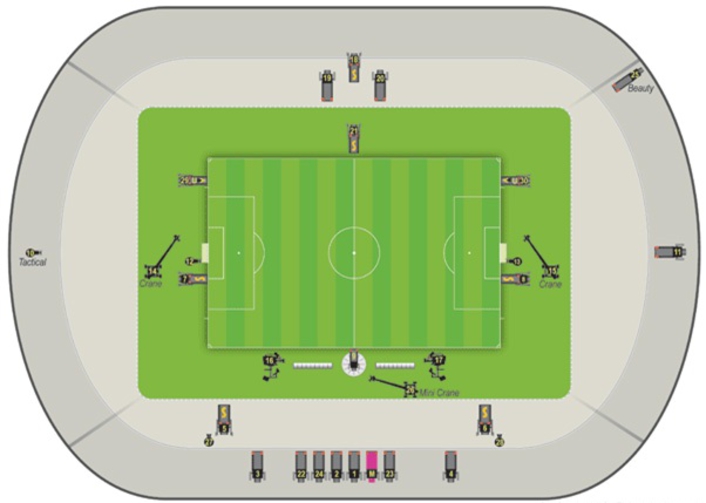 The Camera Plan for the 10 Stadiums 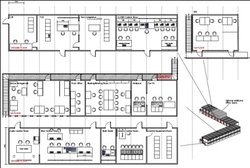 CTV will operate the production facilities in 2 stadiums: in Nelspruit at Mbombela Stadium, and in Polokwane at Mokaba Stadium. The English subsidiary of the group will produce the international signal for 8 matches.

Euro Media France will be based at Greenpoint Stadium in Cape Town (70,000 spectators), one of the most emblematic stadia of the event. Engaged by HBS (Host Broadcast Services), Euro Media France, the sole French provider to produce an international signal, will ensure the coverage of 8 matches, of which the first is France versus Uruguay, on Friday 11th June 2010.

DVS (Digital Video Sud), a subsidiary of Euro Media France, will be providing the production of the ultra slow motion images (500 images/second) for the international signal for 50 matches, including the final at Soccer City.

On behalf of FIFA, Infront’s broadcaster servicing team looks after all Media Rights Licensees (MRLs) of the 2010 FIFA World Cup™, ensuring that the implemented contracts are followed correctly, handling liaison on bookable services and providing a first point of contact at venues. The experienced team builds the link between broadcasters and the production operation. For the 2010 FIFA World Cup™ it is handling all accredited broadcast journalists and crew members of around 500 Media Rights Licensees.

“It is important for us to be close to our clients,” explained Sven Schaeff­ner, Head of Broadcasting Servicing within the FIFA TV Division. “It was dif­ferent in 2006 when there was no FIFA office at the IBC, but it is important for us to have representation here on site. We are in constant contact with our clients and I think they appreciate that they don’t have to go up to FIFA HQ in Sandton to talk to someone.”