Next week from 23 - 25 February BVE will sit at the heart of London Entertainment Week (LEW), attracting its most diverse audience ever. Created following visitor feedback, LEW will transform BVE into the all-encompassing show for the broadcast, media and entertainment industries by adding new components to the show’s DNA, e.g. the AV & Live Theatre, the ultimate knowledge hub for anyone from the AV community, a platform for the discussion of immersive, collaborative and borderless media delivery and the latest AV solutions and requirements.

We currently have BVE Previews online of the following companies:

The previews will be maintained on a daily basis and the link BVE2016 will always show the growing number of featured companies in alphabetical order.

The Alliance for IP Media Solutions (AIMS), the not-for-profit organization of broadcast and media industry suppliers, formed to promote open standards and interoperability in the transition to IP, has appointed its board and the chairs and deputy chairs for its newly formed marketing and technical working groups. The AIMS board has been appointed, comprising three directors, Chairman Michael Cronk (SVP, Strategic Marketing, Grass Valley), Vice-Chairman Steve Reynolds (CTO, Imagine Communications) and Financial Officer Andreas Hilmer (director of marketing & communications, Lawo). 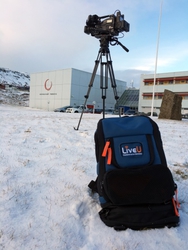 LiveU Reaches Far and Wide in Iceland, the Faroe Islands and Greenland

RUV, based in Reykavik, Iceland, and distributed by DTT, IPTV and over the internet, is using LiveU’s flagship LU500 solution. Gunnar Gudmundsson, CTO with RUV, said, “We are always looking for effective ways to provide live content to our viewers. We were recommended this solution by our sister Scandinavian stations. LiveU’s technology allows us to transmit from places that are otherwise too expensive, or have been too hard to reach using traditional methods. It’s so easy to move around with this system and to enhance our news coverage with interesting live interviews, including from abroad, avoiding very expensive satellite costs.” 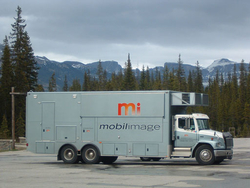 Mobilimage, a leading provider of on-location services for telecasting and recording entertainment, sporting and cultural events in North America, has made a significant investment in IP capability with its new GV Node and GV Convergent solutions from Grass Valley, a Belden Brand. The company will use the IP networking solution for its Mi3 HD OB van. “We’ve been considering our options for moving to an IP workflow, and the Grass Valley solution really meets all our needs, giving us the right equipment to operate our mobile production business more efficiently,” said Benoit Chartrand, director of engineering, Mobilimage. “This will greatly enhance the connectivity for our truck, and we can scale the technology as our needs change.” 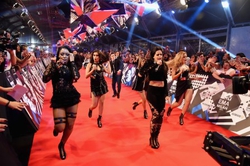 Few award shows can rival the MTV Europe Music Awards when it comes to prestige and size. Numerous international superstars crowd the red carpet and each high-profile performance seeks to create a memorable show. Millions of music fans worldwide had their eyes on the award show stage at the Mediolanum Forum near Milan, Italy, and experienced live performances by music idols including Justin Bieber, Pharrell Williams and Ed Sheeran. To ensure that viewers around the world received a seamless broadcast of the live event, the organizers relied upon United. “With millions watching, you simply can’t have anything go wrong,” says Hilbert Flokstra, United’s Senior Audio and Intercom Engineer.

Coventry University recently cut the ribbon on its new flagship television studio, designed to give students practical, hands-on experience with industry-leading products. Ross Video partners Altered Images and Academia closed out a successful tender win for the studio design, equipment supply and installation. As part of the deal, Altered Images supplied a Ross Video central core in the gallery, featuring the Carbonite vision mixer, XPression graphics and Clips and a Ross 72x72 router with openGear frames for the peripheral hardware. The gallery features a custom designed Custom Consoles operator desk with a second desk for students and lecturers to oversee the operation. Gallery wall monitoring was achieved utilising Custom Consoles Dual Monitor posts. 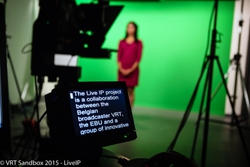 Trilogy to Host Live IP Discussion on 23 February in London

Trilogy will host an event featuring Michel de Wolf, Director at DWESAM Engineering, Brussels, who will update attendees on the Live IP Project, part of the VRT Sandbox technology accelerator programme, the world’s first proof of concept of a complete multivendor live production chain that relies exclusively on IP. Wolf will conduct multiple sessions starting from 10.30 AM on 23 February at the Hotel Novotel London at 7 Western Gateway, Royal Victoria Dock. Wolf will cover the latest developments with the Live IP Project, including a music concert broadcast live by VRT Brussels on 15 January using IP across the entire production chain to further demonstrate its success in using IP for live broadcast production. 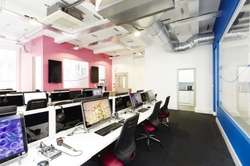 Celebro Media to Expand Their Facility in Central London

Celebro Media, the first 4K studio in central London is celebrating their first year with an expansion of their facility. After just a year of opening their state-of-the art TV studio in Oxford Circus, Celebro has reached its full capacity. Now, with their expansion, they are tripling the size of their studios, including all that is needed for live TV production, with a focus on news, sports and entertainment programming. Celebro Studios is equipped with Streambox Live video transport technology, for 4K, HD and SD transmissions - technology they chose from the beginning as pioneers in providing IP based video connectivity worldwide.

JM Associates, a B.A.S.S. LLC-owned production company based in Little Rock, Ark., will offer live coverage of next month’s 2016 GEICO Bassmaster Classic fishing tournament using one GY-HM200 4KCAM and three JVC GY-HM850 ProHD camcorders in the field and a BR-800 ProHD Broadcaster powered by Zixi in its studio. A three-day event that starts March 4 in Tulsa, Okla., the Bassmaster Classic is expected to attract more than 100,000 fans. JM Associates will produce five hours of edited coverage for ESPN2 after the event, as well as 18 hours of live coverage for Bassmaster. 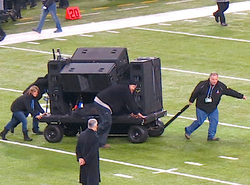 In the historic fiftieth year of Super Bowl tournaments, ATK Audiotek has provided sound reinforcement for Super Bowl 50, which took place at Levi’s Stadium in Santa Clara, CA. ATK used its custom-designed, cart-based audio system, equipped with HARMAN’s JBL VerTec® line array loudspeakers for its pregame performances of “America The Beautiful” by the Armed Forces Chorus and “Star Spangled Banner” by Lady Gaga, as well as the Super Bowl Halftime Show, the most-watched musical event of the year, headlined by Coldplay with special guest performances by Beyoncé, Mark Ronson and Bruno Mars.

Maestra Group has provided a complete turnkey technical solution to the Sheikh Mohammed Bin Saeed Bin Hamdan Al Nahyan (SMK) Emeriti Ladies Tennis Tournament in Abu Dhabi for the second consecutive year. The competition, staged in a private residence in the city,  is held under the patronage of Her Highness Sheikha Miriam bint Mohammed bin Zayed Al Nahyan, and was founded by Sheikha Shaikha Bint Mohammed bin Khalid Al Nahyan in 2009. Central to this year’s event was a 23m x 5m 10mm outdoor LED video wall provided by Maestra and run on the company’s new Dataton 6 Watchout servers which were linked with Hawk-Eye Innovations software to provide real-time game feedback, analysis and results to spectators. 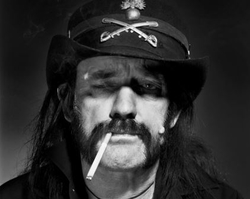 Southampton UK based lighting rental company GLS was very proud to have supplied lighting equipment and crew to Motörhead’s final “Bad Magic” tour which ended in Berlin in December. No-one knew at the time, but that was to be the last gig for the legendary heavy metal band whose incredible 40 year career ended with the passing of its iconic leader Lemmy (Ian Fraser Kilmister) aged 70 on 28th December 2015 … just two and a half weeks after he absolutely rocked Berlin at his last public show. While Lemmy’s lifestyle epitomised rock ‘n’ roll, his music inspired several generations of and genres of ‘metal’ to follow and character, his original thinking, wit and to-the-bone humour won him fans worldwide.

Clay Paky Lights Up the Competition on “La Banda” 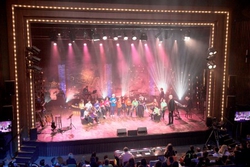 Music School is a highly successful Israeli reality TV programme broadcast on national Channel 2, where 16 young people get the chance to be mentored and trained by four professional singers, giving their talents an opportunity to shine through. Top Israeli LD Ronen Najar created a lighting scheme for the latest series which was recorded at the Russell theatre in Ramatgan, Tel Aviv, where he included 11 x Robe BMFL Spots, 6 x MMX Spots, together with 8 x LEDBeam 100s around the back of the audience … in his design. All the Robes were provided by lighting rental company Argaman Systems and programmed and run by Ronen on a grandMA2 console. 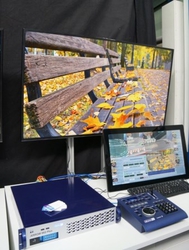 At the 9th of December 2015 Broadcast Solutions held its Broadcast Innovation Day at the company’s headquarters in Germany. During the event visitors had the chance to witness the world premiere of two new members to the slomo.tv product family. With BlackJack 4K and Arrow 4K the company once again sets a new standard in slow motion servers. Initially planned for this years’ NAB show both products were shown for the first time at the Broadcast Innovation Day and are available immediately. Acting as a distribution company in Europe and worldwide Broadcast Solutions represents innovative brands like slomo.tv, ProSat Solutions, Aviwest, Robycam as well as Serenity.

For fans of the Mean Green football and basketball teams at the University of North Texas, high-impact instant replays are an integral and exciting part of the live game-day experience. Since migrating to the ZEPLAY instant replay server from Tightrope Media Systems, the North Texas Athletics video department team has bolstered the reliability, quality and workflow efficiency of all instant replay and highlight “melt” productions. Forced to replace their previous instant replay system mid-season, Jaime Livas, director of digital media for North Texas Athletics, discovered ZEPLAY while researching new alternatives. Originally drawn to ZEPLAY’s multi-channel capacity and exceptional value – offering eight channels (four in, four out) at a budget-friendly price point – Livas was quickly won over by its operational benefits when he conducted a hands-on trial. The advantages of ZEPLAY over the previous system have been tangible and significant. 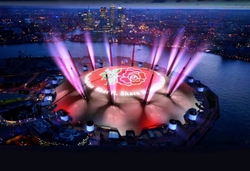 The fast growing HSL Group has confirmed that its inventory of SGM G-Spot IP65-rated LED moving heads has now topped 100 units — in addition to the many low-profile SGM architectural LED fixtures in its hire fleet. After investing in an initial batch of 40 to enable them to undertake projects at high profile locations such as Alton Towers, a further 60-plus units were requisitioned for use on the top of the London O2 Arena during the recent Rugby World Cup — at the request of Projection Artworks. Here they memorably delivered the flower effects onto a ‘canvas’ in support of the English rose — an O2 sponsored project, claimed to be the world's largest projection in terms of light output (totalling 1.42million lumens). 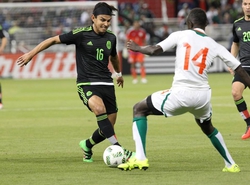 NEP Group announced that it provided broadcast production services for the first live 4K soccer broadcast in North America, which was streamed and delivered over-the-top (OTT) to Sony 4K Ultra HD TVs.  Univision Deportes, the multimedia sports division of Univision Communications Inc. (UCI), which also includes UDN, the number one Spanish-language sports network, delivered the broadcast in partnership with Sony and NeuLion, Inc. The friendly match between Mexico’s National Team and Senegal was held at Marlins Park in Miami, Florida on February 10th.