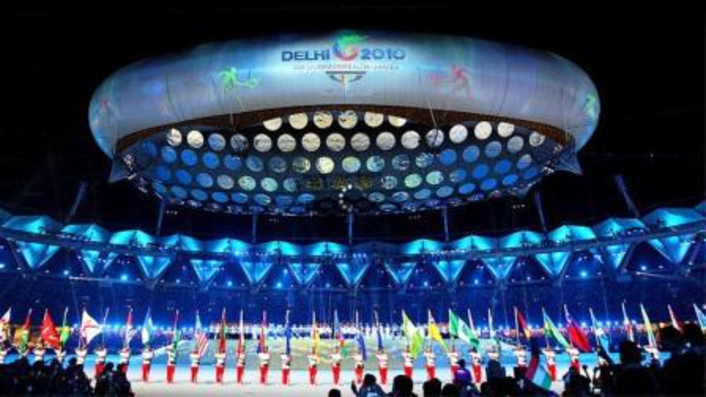 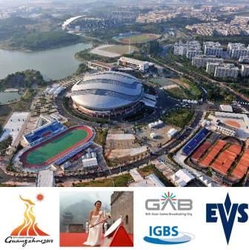 Over 50 venues will be equipped with the most advanced broadcast technology infrastructures during the two weeks of multi-sport competition in Guangzhou. From 12 to 27 November 2010 a total of 476 events in 46 different sports disciplines will be contested by over 14,000 athletes from 45 Asian countries. Guangzhou Asian Games Broadcasting Co., Ltd. (GAB), the 2010 Asian Games host broadcaster will use EVS systems for its live operations, including multi-camera recording, live replays and highlight editing at various venues of the event. Production teams, including 22 Chinese TV stations, will use a total of 130 EVS SD/HD servers and their live production controllers to cover the Games, which will be held in Guangzhou, China. 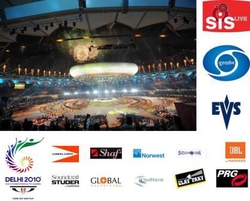 EVS Instant Tapeless Technology was selected by Doordarshan Prasar Bharati Corporation (the host broadcaster) for operations involving recording, instant replay and editing, media storage and exchange and playout at the 2010 Commonwealth Games held in Delhi from 03 – 14 October 2010. Alan Bright, the project director for SIS LIVE in Delhi, said: “The problems of late completion of the venues have certainly caused us issues: instead of several months to complete the installation of cameras and wiring, in some instances we have only had two weeks. Like the Games organisers and other agencies, we have been working incredibly hard to make sure everything is ready. In many cases, we have been working in very challenging conditions. All venues were completed very late and the monsoon rains caused roads and broadcast compounds to flood.” SIS LIVE and ZOOM COMMUNICATIONS LTD provided coverage of 17 sports events across 12 competition venues, as well as the Opening and Closing ceremonies. In addition, SIS LIVE provided feeds from five “Beauty Spots”, offering 24-7 coverage of scenic views around Delhi, including one highlighting the main stadium – and all in High Definition. 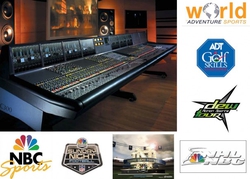 NBC Sports installed a 48-channel, 128-input Solid State Logic C300 HD digital console in its audio post production studio 9E to fulfill the needs of HD, SD and multi-lingual distribution in both 5.1 surround and full stereo. The C300 HD allows for the handling of these different mixes, while maintaining a simultaneous discrete stem approach, thus streamlining the work flow. NBC Studio 9E is used for the pre-tape and post production mixing and sound design for “Football Night in America,” the studio show preceding NBC’s broadcasts of “NBC Sunday Night Football.” In addition, these same tasks are performed for “Notre Dame Football on NBC” and, as Hockey season rolls around, “The NHL on NBC.” Such long form tape shows as “NBC World of Adventure Sports,” “The World of Adventure Sports for Universal HD,” and “The ADT Golf Skills Challenge” are also mixed here. Music elements for “The DEW Action Sports Tour” are mixed and edited here as well. Elements for the 2010 Vancouver Olympics and the up-coming 2012 London Olympics, round out the work schedule. 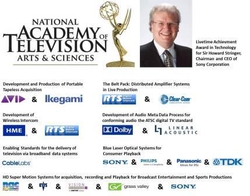 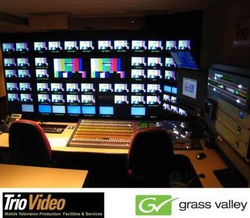 Trio Video Chicago, one of the Midwest’s leading production companies for live events, has added a new high-definition OB production truck named “Tempo” to its fleet and outfitted it with a full complement of video production and audio distribution equipment from Grass Valley™. Set to hit the road this month, the 48-foot Tempo is designed for quick setups and teardowns of HD projects (saving producers time and money) and can easily fit into tight spaces where larger trucks cannot – yet it still features some of the most sought after HD production gear required by producers. The central control room area alone includes a monitor wall with over 67 individual high-resolution LCD screens. 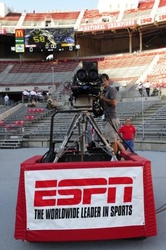 Continuing to innovate in the 3D television space, ESPN Research + Analytics unveiled today one of the most in-depth studies on 3D TV to date. Compiling results from more than 1,000 testing sessions and 2,700 lab hours, ESPN has concluded that fans are comfortable with the medium and even enjoy it more than programming in HD. The research was conducted by Dr. Duane Varan, professor of New Media at Murdoch University, during ESPN’s coverage of the 2010 FIFA World Cup at the Disney Media and Ad Lab in Austin, Texas. The research employed an experimental design approach including the use of perception analyzers, eye gaze and electrodermal activity. The study focused on a multitude of topics including overall viewing enjoyment, fatigue and novelty effects, technology differences, production issues and advertising impact. In all over 700 measures were processed during the testing. The Ad Lab used five different 3D manufacturers in its testing.

It is increasingly rare to find a major sports event which isn't covered at least in part by 3D stereoscopic cameras. The FIFA World Cup provided the largest global grandstand for the format but 3D recording and transmission also debuted in 2010 at cricket in India, ice hockey in New York and at the World Championships in Germany, the rugby Six Nations tournament in London & Paris and the State of Origin in Australia, Ryder Cup, Golf Masters and PGA Tour, while events like surfing, darts and boxing have all received 3D trials. After the UEFA Champions League final in Madrid, UEFA is mulling plans to transmit select matches of the Champions League in 3D while nearly all motorsports bodies have also conducted tests. Selected matches of the English Premier League and the French Ligue 1 are covered on Sky 3D UK respectively Orange since April, as well as NFL matches on ESPN 3D. And two of the German Football Cup matches were aired live within 24 hours on Sky 3D Germany in October.

MEDIAPRO carried out the 3D production of the concert for the group Klepht, broadcast live for clients of the Portuguese cable platform ZON on 30th October. The Portuguese band presented tracks from its latest album, “Hipocondria”, in the Casa da Música in Oporto. Five 3D camera positions and 3 2D cameras covered the event carried out by MEDIAPRO 3D (formed by Medialuso, Kronomav and MEDIAPRO Research). The event is another step forward towards 3D live productions, a technology in which the MEDIAPRO group is a leading player.