Pan-European channel Eurosport showed the majority of the championships live across its 59 territories. Outside Europe, the event was broadcasted by Eurosport Asia.

European Athletics president Hansjörg Wirz said, “To have more than 1,000 hours of intended live coverage of the Zurich 2014 European Athletics Championships shows that the sport of athletics remains an attractive product for television audiences in Europe. We are very pleased that in cooperation with the EBU we were able to showcase the best of European Athletics with them providing the biggest platform to promote our sport on public free-to-air TV channels throughout the continent.”

The entire event was also streamed live with English-language commentary at www.european-athletics.org, with nine additional feeds available at http://eurovision.digotel.com/ea/index.html. This service was not available in France and Germany because they offered their viewers live streams on their own portals. The live streaming platform was produced in partnership with European Athletics International Partner SPAR and EBU-Eurovision.

After the FIFA World Cup, the European Athletics Championship in Zurich is another major sporting event expected to draw millions of viewers. For the six days from 12 through 17 August 150 000 visitors were expected at the Lezigrund Stadium in Zurich, with another 370 million viewers following the event on TV.

The host broadcaster Swiss Radio and TV Corporation SRG has access to truly impressive experience with these kinds of events. One of STAGETEC’s longstanding clients, tpc, technology and production center switzerland ag, was in charge of the technical implementation of the clean feeds for all 47 finals. As a result, all audio feeds were provided using STAGETEC gear. 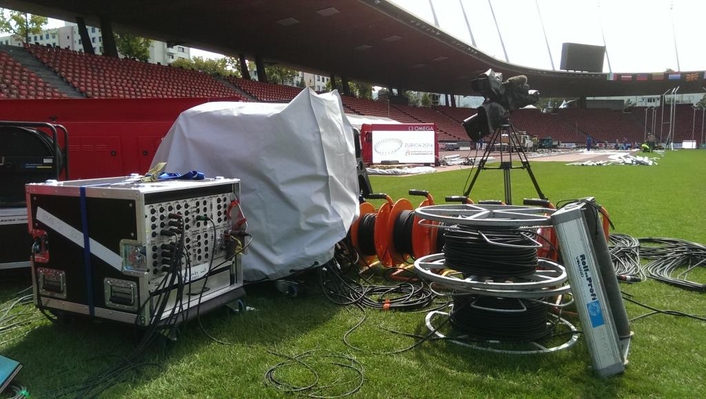 For the distribution of the host signal, the International Broadcast Center was based on a NEXUS network consisting of a NEXUS STAR and five NEXUS Base Devices. No fewer than seven OB trucks — five AURUS- and two CRESCENDO-based control rooms — were used to capture the action inside the stadium. To this end, the OB trucks were connected to a NEXUS network consisting of 16 base stations. 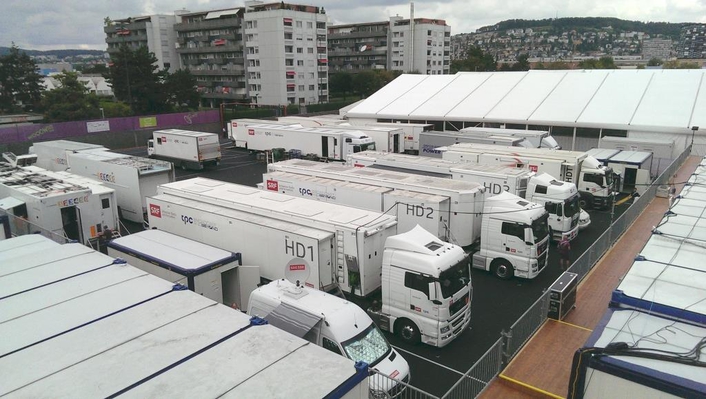 tpc’s HD1, a large OB truck fitted with an AURUS console, was serving as main control room. The HD1 is always the first choice of tpc when it comes to covering major sporting events and was also used for the grand Sochi productions earlier this year.

A second AURUS control room and an additional OB truck with a CANTUS system was stationed in downtown Zurich where the walkers and marathon runners competed for gold.

In addition to the finest STAGETEC technology, almost all control rooms commissioned for this event used four DELEC COM3 Commentator Terminals each for multilingual live comments within Switzerland.