Compatible apps can be used in SoundUD-enabled locations to easily access a variety of information relevant to that space.

With competitive sport now returning ‘behind closed doors’ in several countries, a key problem is how to recreate the experience of passionate supporters, both for sporting participants and those cheering them on. To address this, two of Japan’s top professional football clubs recently helped Yamaha to trial its Remote Cheerer powered by SoundUD* system at the 50,000-seat Shizuoka Stadium ECOPA.

The passion of a noisy crowd is an essential part of many sports, from team games like football, rugby and cricket, to racquet sports and all forms of racing. For the foreseeable future, returning sports will need to be played without supporters present. So, in May, Yamaha collaborated with the Júbilo Iwata and Shimizu S-Pulse football clubs to field test the new system in one of Japan's largest stadiums. 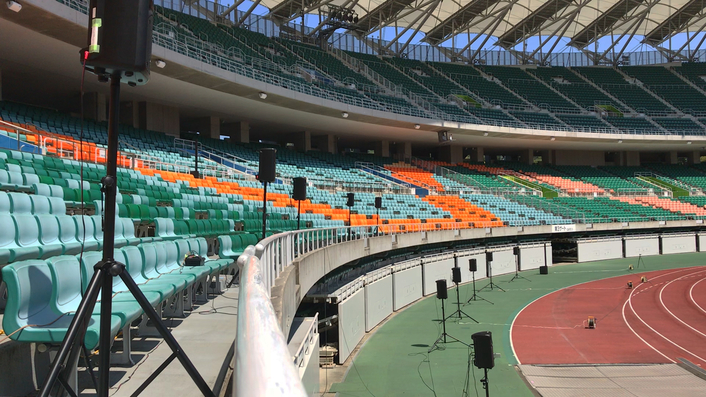 Remote Cheerer powered by SoundUD allows fans following a game remotely - via TV, radio or live stream - to have their cheers, clapping and other sounds of support broadcast at the venue. By tapping buttons on a smartphone application, their chosen sound is delivered via speakers placed around the pitch, court or course, with fans able to choose the part of the venue where their audio is delivered from.

For this first test, the system’s usability was tested by placing 58 speaker units around Shizuoka Stadium, with testers in multiple remote locations outside the stadium sending cheers, applause, booing, club chants and more via the app

It was the first time Remote Cheerer powered by SoundUD had been trialled at an outdoor venue. In a situation without spectators, it proved the usability of the system and its ability to create an atmosphere similar to that of a real match, by using separate audio transmission zones for each club.

“At one point I closed my eyes and it felt like the fans were right there in the stadium with me,” says Keisuke Matsubayashi of the Sales & Planning Division at Ogasayama Sports Park ECOPA, which manages the stadium.

The system can be used to enhance the interactivity of any event, as Yuki Seto of the SoundUD Group, Cloud Business Department at Yamaha Corporation, explains:

“As well as spectatorless matches and those with reduced seating, the system’s new patent-pending technology means people enjoying live concerts, sport, lectures and other events via TV, radio and live streams can use compatible apps to provide their sounds of support at the venue - even if, for example, 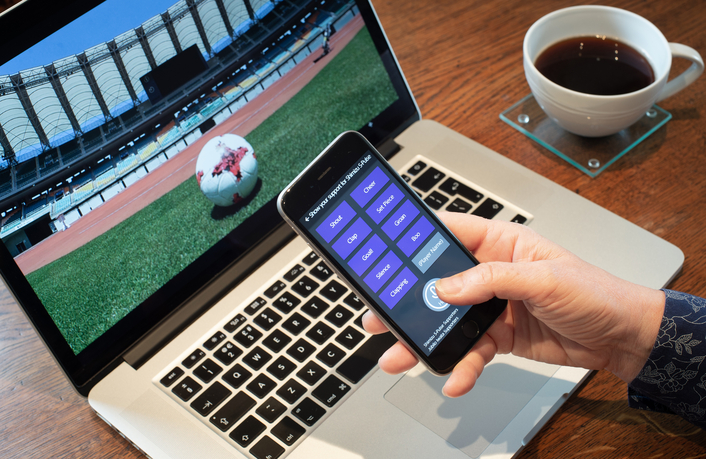 “Yamaha will continue developing the system, to help create an environment in which people can enjoy events safely during both normal circumstances and unprecedented times, like those we are in today. We look forward to continuing to work with not only leagues, clubs and stadia, players and supporters to further improve the system.”

“I think this revolutionary technology will really encourage players on the field, by making them feel like their supporters are present,” says Hiromi Yanagihara of the Business Strategy Division at Jubilo Co Ltd, the company which administers Júbilo Iwata FC. “We look forward to further collaboration to implement the system at future events.”

Junpei Takaki of the Sales Division, S-Pulse Co Ltd agrees, adding “As a former professional football player, I know how emboldening the support of the fans is to the players on the field. We are eager to continue assisting with the development of the system.” 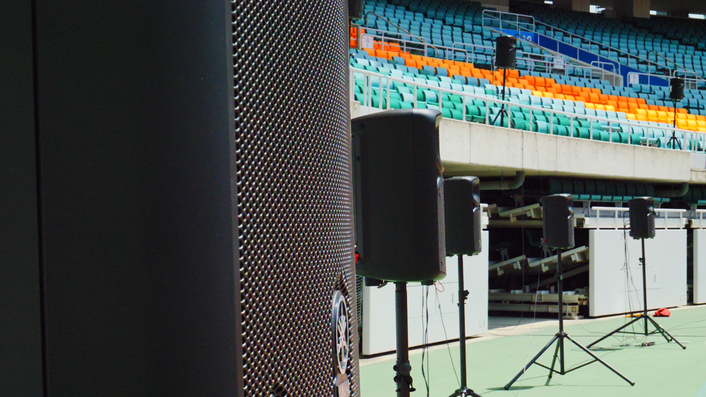