Wisycom is the Ultimate Ace for Roland Garros 2015 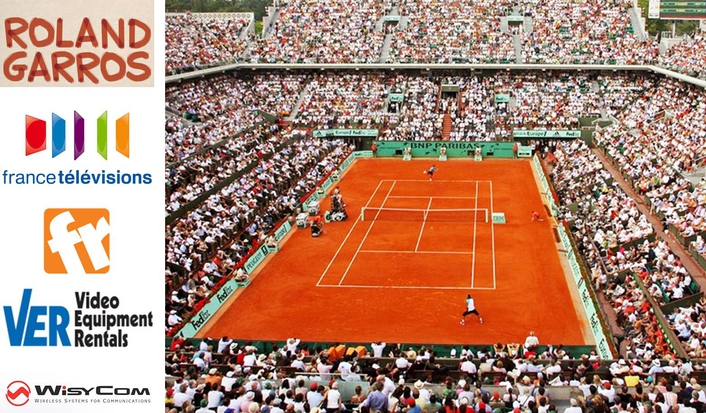 In the world of tennis, broadcasters must be ready to serve up any action that comes their way. Through the utilization of Wisycom equipment, Fréquence, a company specializing in wireless audio links, has provided a complete RF over Fiber solution to France Televisions (private signal). Thanks to Wisycom, Fréquence provided solutions to past problems during the tournament’s broadcast and enabled the three journalists from France Télévisions to work simultaneously during all 15 days of live action coverage.

“My company [Fréquence] provides the frequency coordination for big television events in France,” says Julien Perilleux, owner of Fréquence. “Roland Garros is an international event with a lot of broadcasters. My goal was to cover all the stadiums with four IFBs and four wireless mics without any change of frequency or material. Wisycom products helped me meet my goal in this environment with minimal interference. We can easily find more than 400 frequencies with high or low power [10mW to 5W]. I set up eight MFL links to cover all stadiums and the player’s lounge. The Wisycom MFL and MTK products are like the Swiss Army Knife of RF.” 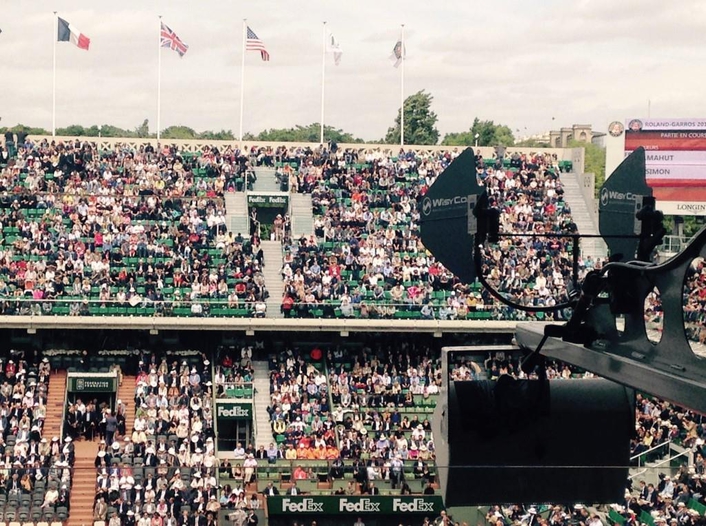 The beltpacks in use were MPR30-IEM Wideband IEM Receivers with true diversity, enabling higher reception quality for the user. The eight MFL Wideband Optical Links were chosen as the simplest way to extend the RF coverage areas as it allows all the antennas to connect through fiber. With an output gain set at +3dB, the RF signal was split two ways for the two different matrixes. The Wisycom antennas in use were LBNA (LNNA) and LBN1 (LNN1) UHF Wideband Antennas. These antennas minimized ground noise around the park due to their low noise amplifier.

“Wisycom products beat out others in the RF industry,” Perilleux continues. “The low noise amplifiers [LBNA [LNNA] antennas] are better than the others I have used. Last year, I had a lot of ground noise in some areas. With the wide frequency range of the Wisycom products, there was a lot less interference, meaning low RF noise.”

Along with supporting France Televisions’ broadcast, Wisycom was also incorporated by VER, Video Equipment Rental, into the broadcast of the international sporting event on three U.S. based television networks. VER is a rental company with locations in the USA, Canada and Europe and was contracted by these networks to supply equipment for Roland Garros. Three MFL’s were employed to extend the coverage area of the wireless mics being used by the networks’ respective journalists reporting on the event. 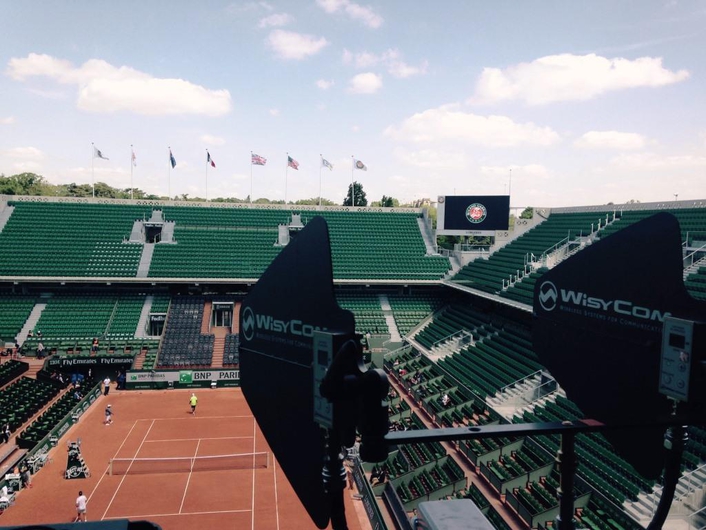 “I’m impressed with the Wisycom products we are using for this event,” says Mike Forman, Engineer at VER. “After three days on the air, the three MLFs that we are using have been working very well. We will definitely be using additional Wisycom sets next year.”
In the world of wireless broadcasting, choosing Wisycom products ensures a game, set, and match.