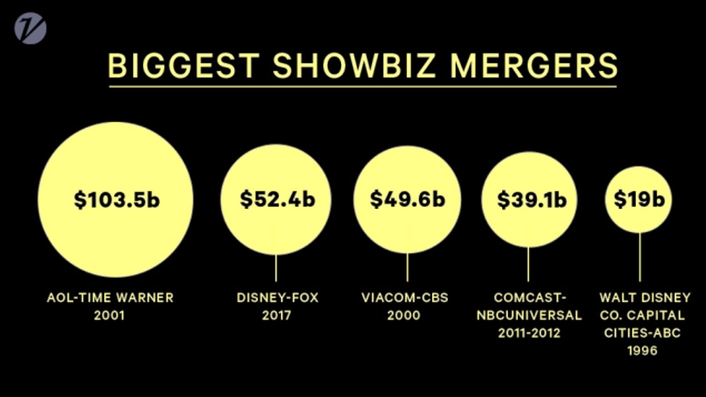 The traditional “set-menu” approach where broadcasters deliver the same broadcast to all is changing to a scenario whereby consumers pick and choose the content they watch, and critically how, where and when they wish to watch it. This is bespoke and tailored but also critically completely dictated by consumer choice. This is why we have seen the rise of OTT, and its increasing market share is only going to go one way.

As rights holders realize the power of providing the options and the services they have an incredibly powerful beast at their disposal – instead of a “1-ALL” broadcast they have incredibly tailored “1-1” relationship with the consumer. The advertising power and influence here is incredible.

That nobody watches adverts anymore is one of the worst kept secrets out there. That is why it is the ability and technology requirements to monetize effectively across these OTT platforms which is key.

Which leads us to the recent Disney announcement: The $52.4 Billion mega deal between Disney and Fox is agreed (pending Federal Approval). Whilst most have been speculating over what this means for TV and Movie Studios the biggest gain could be for sports broadcasting. With Disney’s CNBC’s David Faber estimates that Fox’s RSNs alone would be valued at $20 billion, or more than 38% of that amount. This isn’t an entertainment deal; it’s a sports deal."

But will this be good or bad for sports fans and audiences?

As part of the acquisition, Disney will now have in its control Fox Sports’ vast regional networks, this will had some serious gravity to the streaming services of ESPN expected to launch next year. Fox owns 15 regional networks with broadcast rights deals with 54% of MLB, NBA and NHL teams; an 80% stake in the YES Network which broadcasts the Yankees and The Brooklyn Nets, not forgetting many of the Division I College Sports Teams. 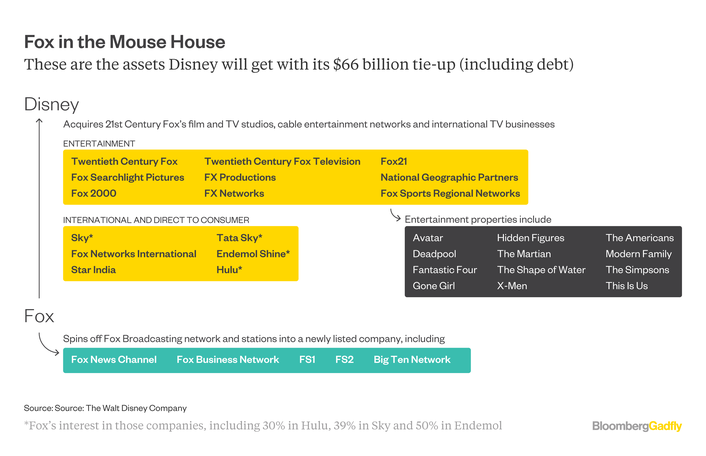 While Disney-owned ESPN has rights to a variety of national broadcasts for professional baseball, football, basketball, as well as major Division I college sports, it’s less deep on regional games. Fox’s networks would help make ESPN’s planned 2018 streaming service more attractive to sports fans that want to “cut the cord” and ditch their pay TV service. 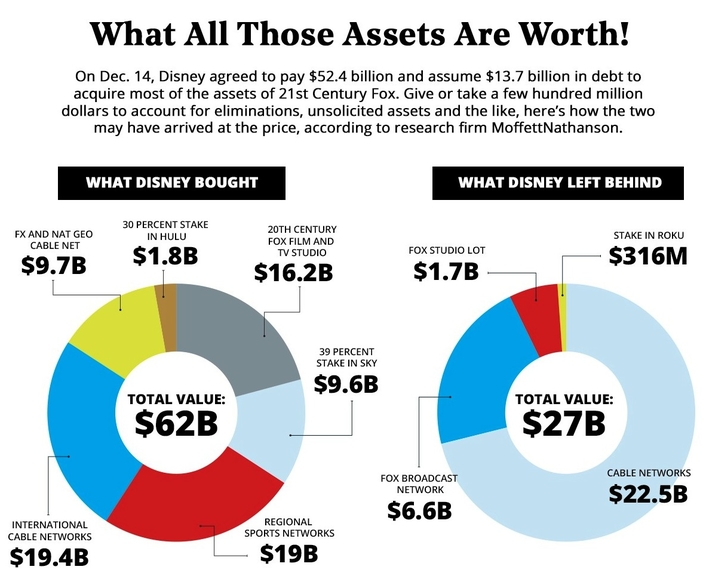 And why this gets really interesting… The world media has spent the past year readying itself for the big plays from the world’s largest digital data companies – Facebook, Amazon, Netflix, Twitter et al to sports. Meanwhile, Disney (off the radar to many!) has engineered an excellent operation, to create the largest legacy media group able to compete with the new generation digital data companies and the largest sports media group equipped to direct and lead this revolution as we transition from traditional to digital services and broadcast models.

The big questions for 2018 – what will these revenue streams look like? How will new technology create and elevate these models and how will the big players attack new rights deals whilst still in this experimental phase?

Something to think about…