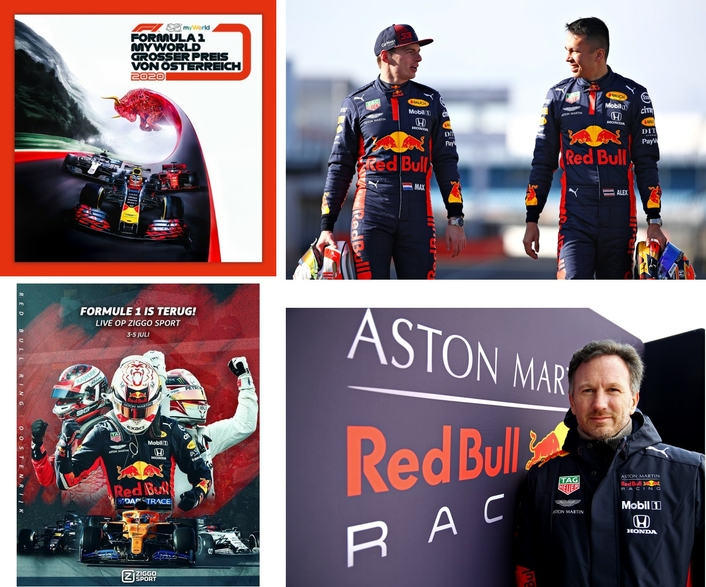 Max Verstappen believes that the Formula One drivers will "try and put on a good show for everyone watching at home on TV" when the 2020 season finally gets underway with the Austrian GP at Aston Martin Red Bull Racing's home track this weekend in Spielberg. The Dutchman has won the last two races at the Red Bull Ring and he is looking forward to getting back on the track alongside teammate Alexander Albon with team principal Christian Horner directing tactics from the pit wall.

Here is an exclusive Q&A with the three F1 stars ahead of Sunday's opening race:

The last time you were in the RB16 was in February at winter testing in Barcelona. Is this the longest you haven’t raced for since you were karting?

It has been really weird that I haven't been able to drive in such a long time and it's the longest it's been since I started karting. Luckily, I have a simulator at home and as you've probably seen, I have been using that a lot during the shutdown period. I'm glad we can get back to racing now but this time has been very challenging for so many people, so we have nothing to complain about at all.

How much will you miss the “orange army”, especially in Austria? 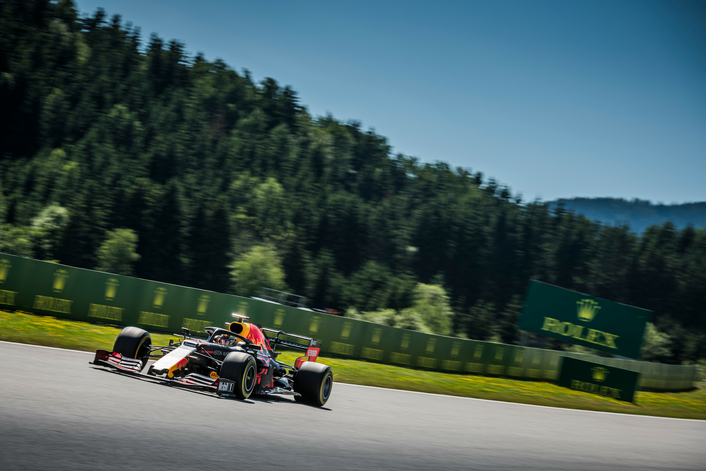 How much will you miss the “orange army”, especially in Austria?

Of course, it is going to be very different without the orange army and it's going to feel a little strange. There are usually so many great Dutch fans in Austria. I have lots of good memories from that track, I remember looking up at the fans at the end of the race last year and they were all standing up and cheering, it was crazy. It gave me an even bigger smile after the win. It's a shame we don't have that this year but we will try and put on a good show for everyone watching at home on TV.

What would a hattrick at the Red Bull Ring mean to you and do you consider yourself as a favourite?

I would prefer to win a Championship! I don't really think about a hattrick, the most important thing for me is to have a competitive car and perform at my best. I never consider myself the favourite because actually when you look at the track it's not even our best track, but last year, of course, it was very warm. We were really good with keeping the engine cooling down. So I don't expect it to be an easy win, I think Mercedes again will be very strong. Who knows where Ferrari will be as well, so no, it will be a very hard and tough battle again to win that race, but we're going to try.

There are a lot of races in a short time frame this season. Do you like that and is the intensity of that pressure good for you?

You are away a lot of course and you can't go home in between races, which is going to be difficult especially for the team members with families. I don't really think about it as pressure though as it is what we love and what we are here for. 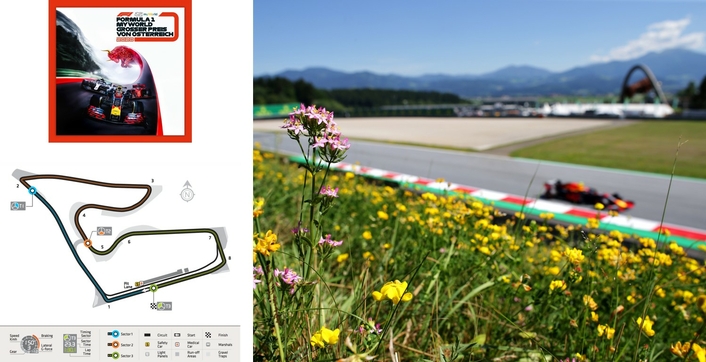 What have you missed most about racing?

I've missed just the feeling of the speed, being in the car, kind of that process of arriving to the track and perfecting on a lap, and pushing it to the limits. It feels very strange to be at home and not having that sense of speed. Doing the filming day was just a highlight of that where I was a bit like, 'My God, this thing is so fast!' You kind of think it feels so good to be back in it.

How do you feel and are you ready to hit the ground running in Austria?

I feel good. There's so much time that, with any driver, there's going to be that level of uncertainty as to what's going to happen. I'm glad I did the filming day to get that initial dust off my shoulders but I'm excited, I think we've all been waiting for this. There's been a long drought, we all do this because we love it and we've missed it, so I can't wait to get started.

How will having back-to-back races at the same circuit affect the way you approach the weekend?

The dynamic is more or less very similar on that first race weekend, so the first race weekend you would treat like another one, procedural things like FP1, FP2, FP3 would always be the same. Where it changes most probably is that second weekend where you've got a perfect opportunity to directly compare to your first weekend, try some things which are very risky to try during a normal race weekend because it's a new track and everything has changed. Now you've got the same circuit, pretty much the same weather and you can try things so I'm sure every team is going to treat the second weekend with a bit more risk and try some things out because you know if it doesn't work out you can go back to your first weekend car 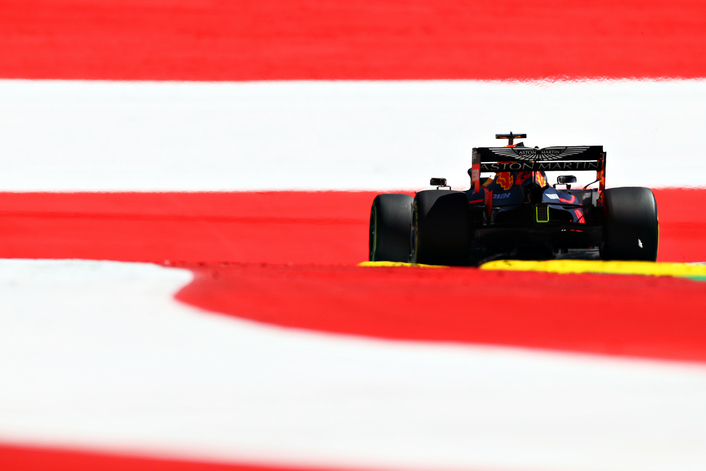 In this condensed 2020 season, will driver fitness play a bigger part in performance this year?

I think there's definitely an element to it. The first two races not too much, Austria is quite an easy circuit with few corners and quite a lot of breathing time in between with the long straights. Once we get to Hungary, that will quickly change and normally we will arrive to Hungary with how ever many rounds we've done and so by the time we're there, it's all easy flowing. It will be three weeks (in a row) so we won't have much rest. It does play a part, Hungary, Singapore last year for instance, there is performance in your fitness so yeah it will do - if it's a tiebreaker we'll see.

Talk us through how the team have kept morale high during the extended shutdown?

Well it's highly unusual for a Grand Prix team to go into hibernation for what was essentially two-and-a-half months so obviously during that period you want to retain that sense of team. So activities, whether it be online fitness classes, Friday night quizzes, town hall meetings where the staff would have the ability to ask me questions, passing on information and updates, keeping the drivers engaged with the team members as well, were all hugely important during what was a very uncertain time.

What is the key to mounting a championship campaign in such a short and condensed season?

Do you think Max feels the pressure as he is positioned by the media as Lewis Hamilton's main title challenger?

We all go into the first race with the same amount of points, so I think the pressure on Max is no different to previous years. I think he recognises we had a good winter, we came out of pre-season testing well, Mercedes were still the form team to beat but it felt like we had some real potential in our car so that's going to be crucial as we head into the season. For sure they start the season as the favourites, but I sincerely hope and believe in Max and Alex that we have a very strong team and hopefully we can provide them with the equipment and tools to mount a challenge on Mercedes.

This is only Alex’s second season in F1. What are the team looking for from him this season?

For Alex, people do forget it's his second season in Formula One and he's missed sort of the first half of that so it's been a baptism by fire but he coped with that incredibly well last year. He seems to deal with pressure very well and I think we're just looking for him to make progress on where he finished last season. I think opportunities will present themselves for him and I really think he could be the surprise of the season in many respects this year. 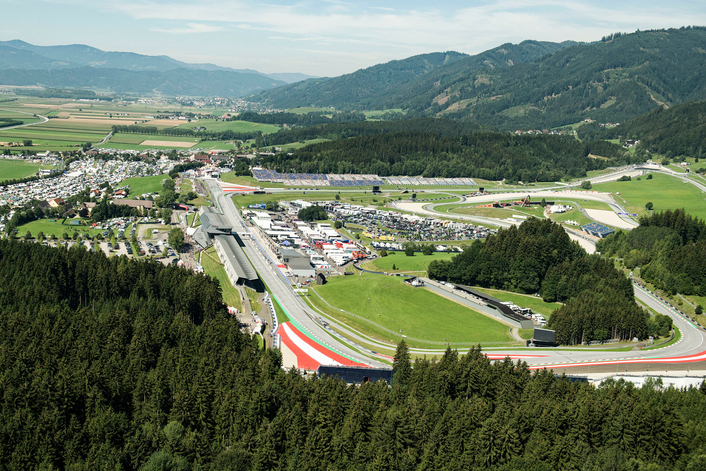