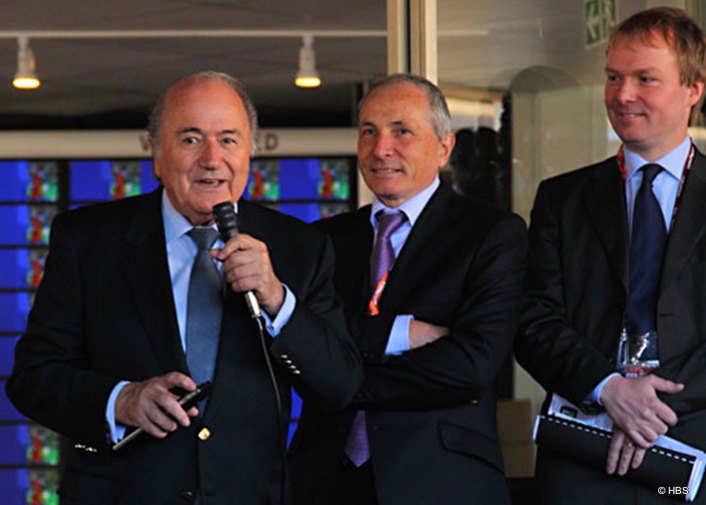 President Blatter began his remarks by saying that today "is a great day indeed for the FIFA World Cup in South Africa." He discussed the evolution of the "love story" between FIFA and broadcasters as well as the progression in the quality of IBCs over the years, before pointing out that this was the fifth IBC he inaugurated in the company of Francis Tellier, following Paris in 1998, Yokohama and Seoul in 2002 and Munich in 2006. President Blatter then stated how much "we appreciate the professional work of Host Broadcast Services," and expressed FIFA’s goal of reaching record audience figures, praising the energy of South Africa as the final preparations come together. Francis Tellier returned the compliment, noting what a "great honour" it is "to work with FIFA TV all these years" to implement their vision of the "4 screens policy".

With the MCR switched on and the IBC fully operational, President Blatter then wished all broadcasters the best of luck for their operations throughout the upcoming tournament.

3 June
• 2nd MRL Briefing, 11:30.
• For SmartJog/File Transfer users, a dedicated training session will be or­ganised between 14:00-16:00 at the AUB/CFI premises, located near the African Plaza in Hall 6 of the IBC. The meeting point for attendees is in front of the IBC BIO. Users must bring their own injection device.

8 June
• Warm-up match, JSC 16:00. Full testing and demonstration of the FIFA World Cup™ Production Plan - multilateral cameras and feeds. Match between U-17 sides, with two 20-minute halves. Also an opportunity for MRLs to book some (free of charge) unilateral services and facilities.

9 June
• MRL Briefings become daily. First Daily Media Briefing, 11:00. Both avail­able on CATV within the IBC.
• Full dress rehearsal for the Opening Ceremony at 14:10. Open to MRLs who are interested in attending. 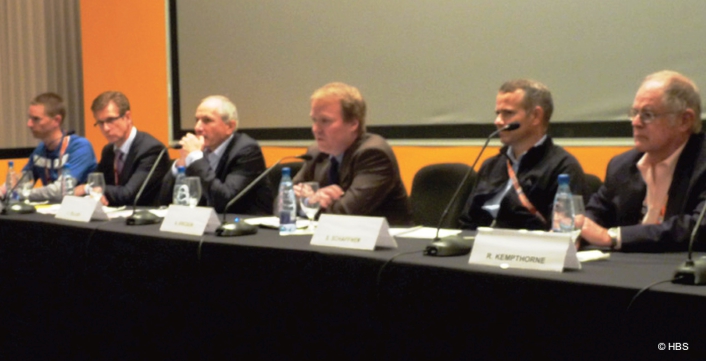