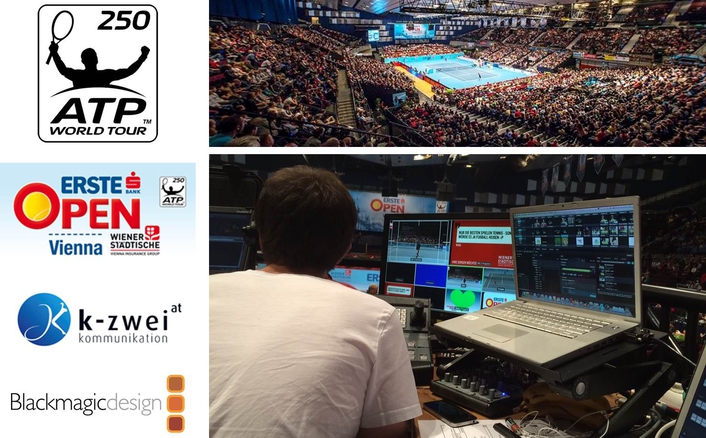 “Blackmagic’s ATEM 2 M/E Production Studio 4K helps us solve two key challenges within our live production; managing the sheer number of different video feeds that we are dealing with, and the need to transmit and mix embedded audio,” explains Rene Melik of K-Zwei. “The switcher is compact enough to fit into our production kit, but the 20 inputs give us the flexibility we need, together with the audio mixing capabilities available through the ATEM Control Software.” 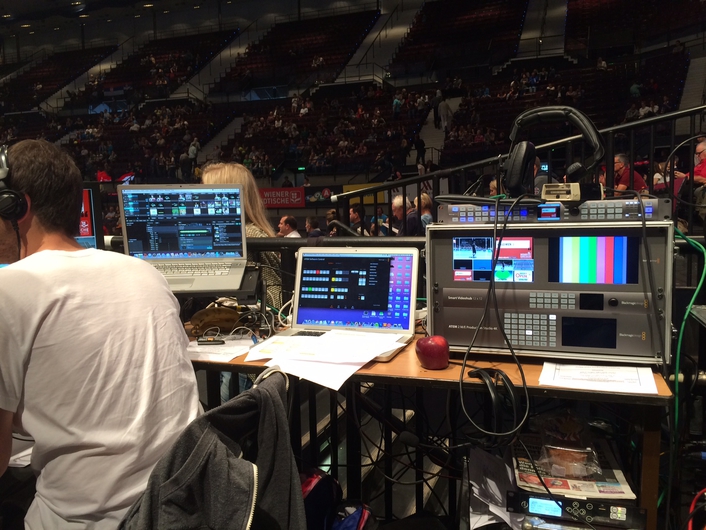 The ATEM’s professional transitions are also a very important factor in the live production, as Rene explains. “We rely on visual features such as picture in picture, for example when a trainer is providing analysis on the match, and SuperSource is very useful when we play games with the crowd, with spectators uncovering squares on a screen to guess the picture underneath. All of these elements mean we can deliver creative content that complements the action on court.”

K-Zwei also has to incorporate scores and player statistics from the timekeeper, as well as line calls from HawkEye into the program. Both of these feeds are analog video, so a Teranex 2D Processor is used to upscale signals. “HawkEye decisions generate fantastic crowd reactions, so it’s critical that the video feed is high quality and can be sent to the big screens at any point during the match without delay. We can upscale with a touch of a button and ensure our production is consistent.” The program mix is uploaded to a VJ play out system and transmitted to multiple big screens around the stadium.

“The flexibility that the Blackmagic Design workflow affords us is a critical success factor,” concludes Rene. “Managing so many sources is tricky enough, but the team has to be able to read the crowd’s enthusiasm and adapt the production accordingly. It’s a massive juggling act, but we can rely on the hardware to ensure spectators get a fantastic show that complements the stunning action taking place on court.” 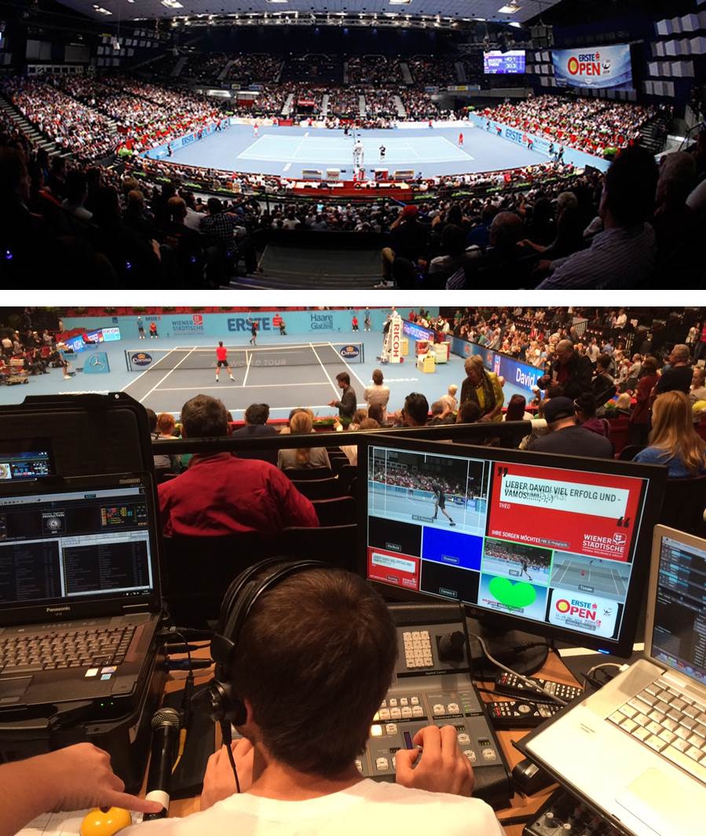