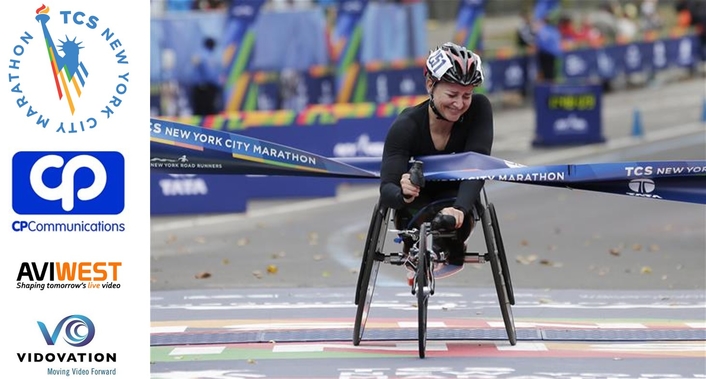 "The only way to get live pictures from the course during a marathon is to use wireless technology. From there, bonded cellular is a good option for ensuring video gets where it needs to go, even in a dynamic, uncontrollable environment with millions of people taxing the network," said Jim Malone, director of technology for CP Communications. "VidOvation's AVIWEST system not only delivered a solid feed during the women's wheelchair race, but its command-and-control capabilities gave us far more control over the video than we've had with some other systems we've used. Our technicians were happy with how it performed and found it to be a valuable production tool." 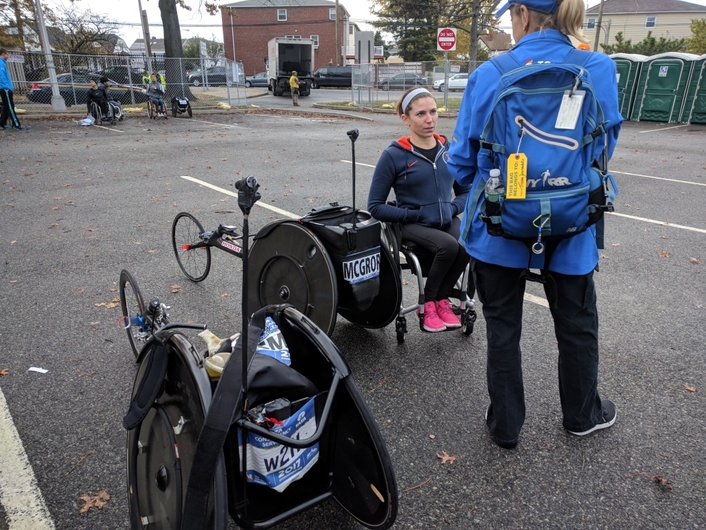 CP Communications had more than 50 technicians and nine vehicles at the marathon. Teams were tracking alongside selected runners and wheelchair contestants, capturing live video from the course, and relaying that video to viewers of ABC, ESPN, and other Disney properties. 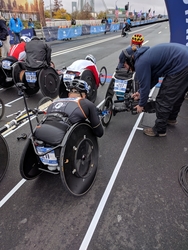 For the women's wheelchair race, CP Communications mounted a 5.8-ounce package, provided by Inertia Unlimited and consisting of a camera, battery, and microwave transmitter, onto a wheelchair. The camera was positioned over the athlete's right shoulder to capture the competitor's perspective. A scooter equipped with a microwave receiver and an AVIWEST DMNG PRO180-RA unit rode along about 25 feet away from the wheelchair. The wheelchair's POV system transmitted video to the scooter on a microwave channel, and then the scooter's receiver handed the video off to the AVIWEST bonded cellular unit for transmission to the internet. From there, the crew in the production truck grabbed the video from the internet and passed it to the production switcher. An AVIWEST DMNG StreamHub studio receiver inside the truck accepted the signals from the scooter's AVIWEST unit, while built-in AVIWEST SafeStreams® technology applied special stream-grooming techniques to improve link quality and reliability.

CP Communications used bonded cellular technology as a backup for the traditional microwave feeds related to the men's and women's lead runners and other selected athletes, but in the wheelchair race, the AVIWEST bonded cellular system was the only means of transmitting video from the scooter to the production area.

"During the women's wheelchair race, bonded cellular proved to be the most convenient way to get the wheelchair video from the scooter to the production truck because it reduced the complexity and amount of hardware we had to put on the scooter to get the feed. All it took was the microwave receiver and the bonded transmitter," Malone said. "Having the AVIWEST unit on the scooter made for a very simple and efficient bidirectional connection that came together quickly, and most importantly, the unit responded well and gave us very consistent video coming from the relay on the scooter." 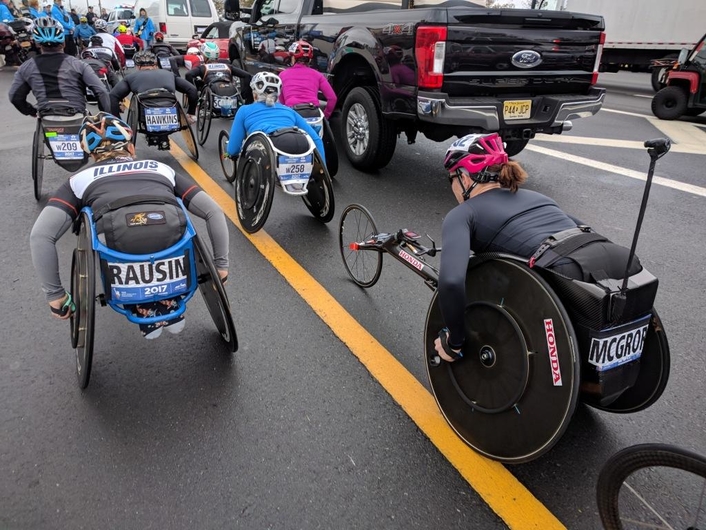 "AVIWEST's DMNG PRO180-RA solution gave CP Communications a portable, cost-effective, and reliable transmission method for delivering high-definition footage of the women's wheelchair race to the production crew and on to viewers around the world," said Jim Jachetta, executive vice president and chief technology officer at VidOvation. "It is a pleasure to work with Jim Malone, Kurt Heitmann, and the CP Communications team on exciting projects such as the NYC Marathon. The broadcast industry is now experiencing bonded cellular reliability at a higher level, and we are proud to represent one of the world's most reliable bonded cellular systems."