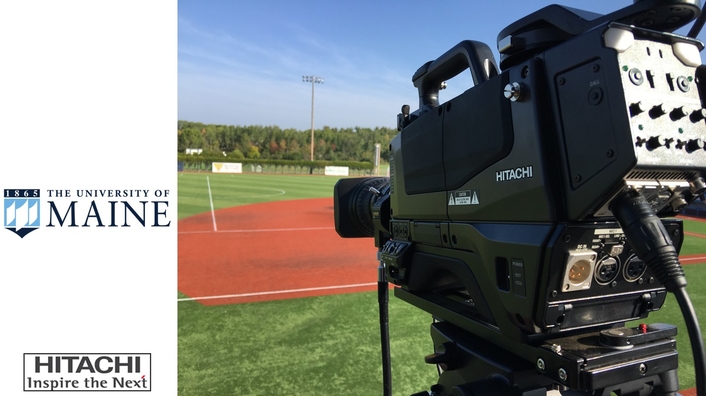 Implementing its first broadcast-quality video production initiative to support new online and social media distribution opportunities, the Athletics department at the University of Maine selected Z-HD5000 cameras from Hitachi Kokusai Electric America, Ltd. (Hitachi Kokusai) to provide the pristine picture quality and outstanding ease of use they needed. Building on the benefits the cameras bring to their live sports productions, the university also plans to extend its use of Z‑HD5000s to the educational curriculum with new video production courses next year.

Located in Orono along the banks of the Stillwater River, the University of Maine advances learning and discovery through excellence and innovation in undergraduate and graduate academic programs, while addressing the complex challenges and opportunities of the 21st century through research-based knowledge. The university’s UMaine Black Bears compete in the America East Conference of NCAA Division I for all sports except hockey and football, which compete in the Hockey East conference and Colonial Athletic Association, respectively.

While the university had previously performed some live video production using entry-level equipment, the conference’s agreement to bring Maine Black Bears basketball games to multi-screen sports network ESPN3 required the school to deploy higher-caliber workflows and solutions. For sports that are not shown on ESPN3, the school also wanted to deliver similarly high production values when streaming matches to social media platforms including YouTube.

Familiar with HITACHI cameras from his Communication Studies courses at Canisius College in Buffalo, NY, University of Maine Athletics director of digital content Sam Hallett knew they would be an ideal fit for the project. ”I had worked with Z-HD5000s in my own educational studies, so I knew I wanted to go that direction and that they would be easy for the students to learn and operate,” he explained. “I don’t need to spend a lot of time training the users. Within 10 minutes I can have a student ready to work the controls and knowing how to make any changes I might need.”

The university currently uses two Z-HD5000s on tripods to provide main game and close-up shots, with a goal of adding two more as handheld cameras on the sidelines in the future. Video, audio and intercom signals are transported over a single SMPTE fiber cable per camera to half-rack width CU-HD1000 camera control units (CCUs) in custom flypacks, minimizing cable runs and speeding setup times as the equipment moves between venues.

“The Z-HD5000s are super-quick and super-easy to deploy,” said Hallett. “The longest part is probably just carrying the equipment up the stairs. It takes us just 10 minutes to run the cable and set up, and it’s straightforward enough that I can trust the student operators to set up the cameras properly while I focus on other tasks.” 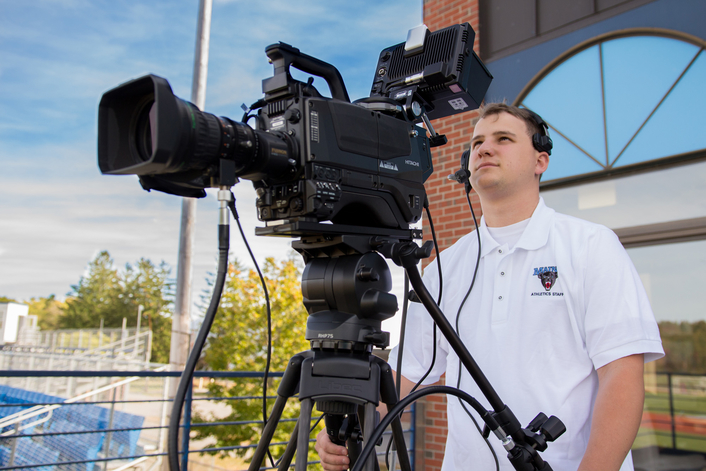 Hallett also praises the quality of the video produced by the Z-HD5000s. “The cameras don’t need a lot of adjustment to look good in a variety of environments, which gives me peace of mind when I deploy them in the field,” he said. “The image quality is night and day compared to the lower-end cameras we had previously used, and the quality holds up very well even as available light diminishes, which is significant when we shoot outdoor sports such as baseball.”

Initially used for basketball, baseball and softball, the cameras will shoot an expanded array of sports in upcoming semesters, including soccer and field hockey. Hallett also plans to bring the cameras’ benefits to a classroom setting, with a goal of teaching video production through new course offerings in 2018.

“We rely on student operators for our productions, so in addition to giving students valuable hands-on experience they can use in the workforce, educating them will help provide an ongoing supply of crewmembers for our broadcasts,” Hallett explained.

While that future looks bright, the cameras have already delivered the tangible benefits that the university had sought to achieve. 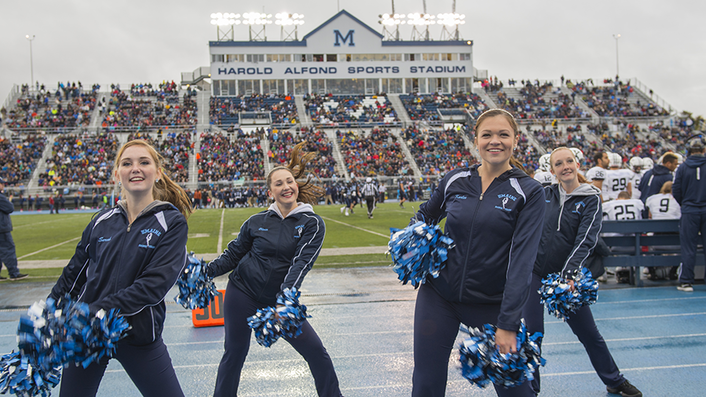 “The Z-HD5000s have simplified the whole production process for us, taking a lot of the technical burden off the student operators so they can focus on the actual task at hand: great game coverage,” Hallett concluded. “From their visual quality and reliability to their ease of use, the result is that the cameras have made our overall productions much better in my book, so my hat’s off to Hitachi Kokusai for that.”