Universiade to Be Broadcast in HD Format

.
As host broadcaster of the coming Universiade in Kazan, ANO Sports Broadcasting (Panorama) will produce a high-definition international broadcast signal from July 6th through July 17th, covering 17 out of the 27 Universiade sports. The Games will be broadcast by Russian nationwide networks. Meanwhile, RussiaSport.ru will not only offer live broadcasts of the events, but also over a thousand additional videos to boot, featuring interviews, best competition moments, game reviews, reports, etc.

A Media Office system will enable recording and processing of up to 64 broadcast signals from a multitude of sources, and provide rapid selection capabilities to sort out the 900-plus hours of footage produced by Panorama.

The Panorama production team will employ a total of over 290 cameras, including slo-mo and super slo-mo cameras, a Robycam spider camera, cable-suspended cameras, mini- and micro cameras to be placed in spots that are inaccessible for camera operators, etc. Cameras come complete with camera cranes, carts, and even a number of Segways. The latter will enable a cameraman to shoot while in motion at up to 30 km/h, using a special stabilization system. CG imagery and the relevant equipment will also feature in the broadcasts. 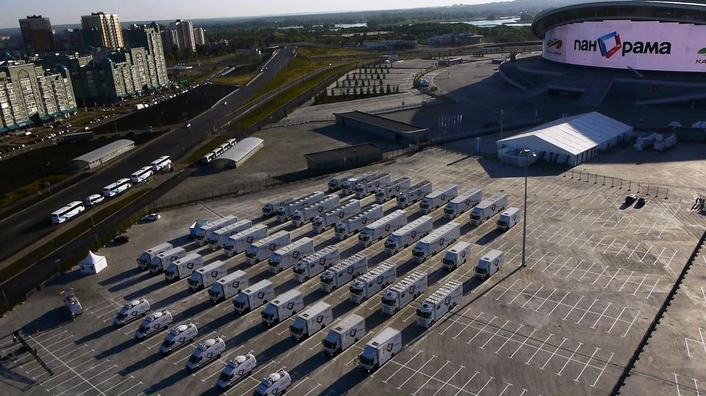 The 850-strong Panorama team had to go through a tough selection process to get to the Universiade and successfully completed a two-year course. Some 500 Panorama technicians and journalists will be coming from Sochi, Khabarovsk, Rostov-on-Don, Yekaterinburg, Kaliningrad, Krasnoyarsk, Ufa, Saint Petersburg and Kazan – cities that host Panorama branches.

A project as complex as the Universiade requires high-class organization and preparation. Fifty Panorama crew have completed a management course at Skolkovo Moscow School. The project is equipped by computers with customized software.

‘Producing an HD signal simultaneously from 12 facilities requires a lot of detailed and painstaking work,’ says Sports Broadcasting CEO Vasiliy Kiknadze. ‘Right now the crew and the equipment are fully prepared for the Universiade.’ 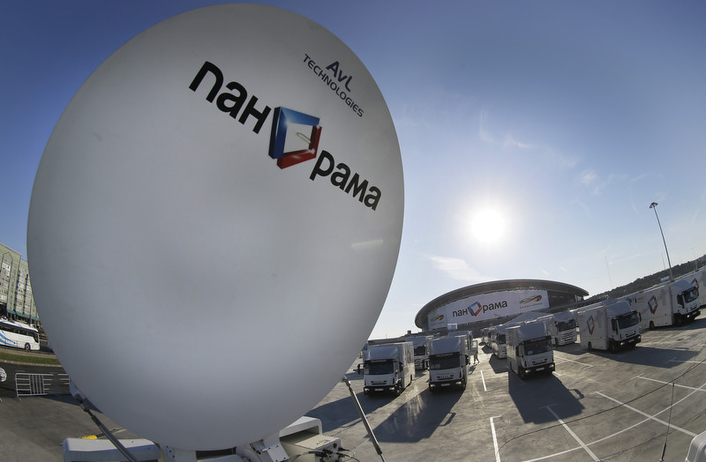 This Universiade is going to have unprecedented coverage, with live broadcasts shown by VGTRK, Tatarstan New Age, Eurosport, ESPN and other TV channels. The full online version of the Universiade will be available at the Panorama-sponsored russiasport.ru, a website that supports up to 20 simultaneous broadcasts for 100,000 viewers.

ANO Sports Broadcasting was established in December 2009 for creating and operating a multi-purpose mobile broadcasting complex in order to provide TV, radio, online and photographic coverage of sports, political and cultural events in Russia and abroad.

The organization was founded by Channel One, VGTRK, NTV-PLUS and the RIA Novosti news agency.