Broadcasting Rights for ARD and ZDF
UEFA today announced an agreement with ARD and ZDF for the broadcasting rights ofUEFA EURO 2012™ in Germany.

The two public broadcasters have been long-term partners of UEFA for national teamcompetitions in Germany and had a very successful coverage of UEFA EURO 2008™ interms of audience figures.

The deal will ensure extensive free-to-air coverage with 27 matches live via channels DasErste and ZDF. Dedicated magazines and highlights programmes will complement theoffering on both broadcasters. In addition, coverage of the competition will also be madeavailable via internet, mobile and radio.

The right to licence the four overlapping matches to other Free-TV channels and all Pay-TVrights remains with UEFA.

Commenting on the agreement, David Taylor, CEO of UEFA Events S.A. said: “UEFA is delighted to renew this agreement with ARD and ZDF, two long-standing andexperienced partners in broadcasting major sports events. Having established a very good relationship with both broadcasters, UEFA is lookingforward to providing a unique viewing experience to football fans in Germany by offering anextensive coverage of UEFA EURO 2012TM.” 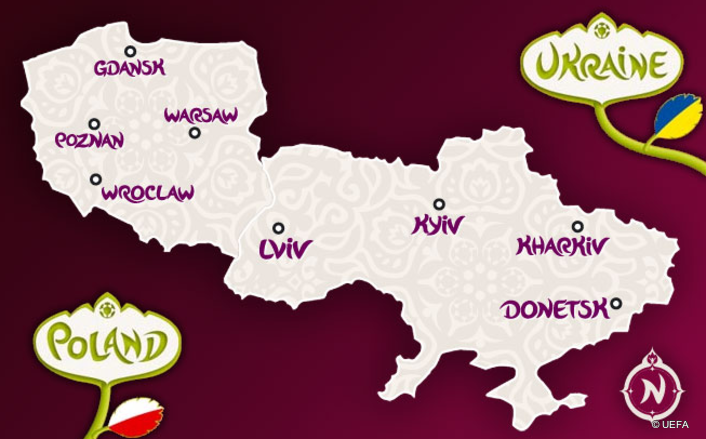 Poland and Ukraine will host the UEFA EURO 2012