UEFA EURO 2012™ match schedule announced
The UEFA Executive Committee today completed its meeting in Minsk and has approved the official match schedule for the forthcoming UEFA EURO 2012 final round between 8 June and 1 July 2012 in Poland and Ukraine. 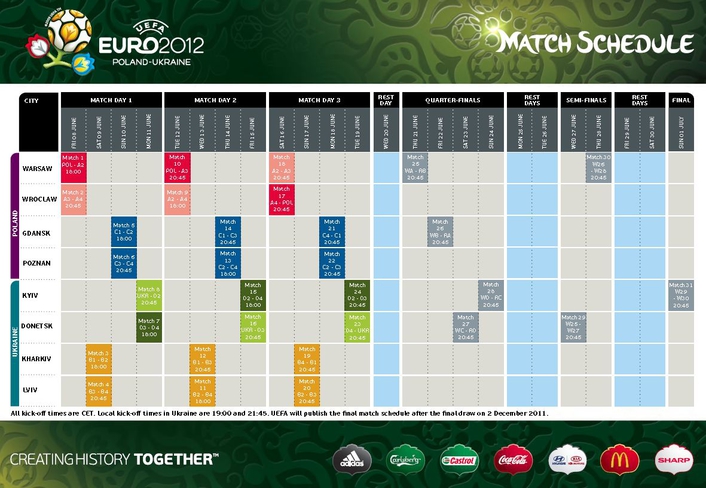 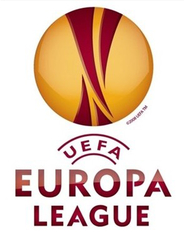 The Executive Committee also approved an amendment to the UEFA Europa League for the 2012-15 cycle, starting from season 2012/13. A new access list was approved that allocates fixed slots with direct access to the UEFA Europa League group stage for the cup-winners of the six top-ranked associations. This allocation of slots has a direct impact on the qualification path, and adaptations will have to be made to the access list in order to accommodate these changes. 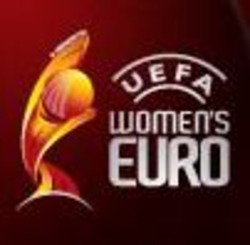 The host for the UEFA European Women’s Championship in 2013 was confirmed as Sweden, and the number of teams at the final tournament maintained at 12. The regulations for this tournament were also approved. 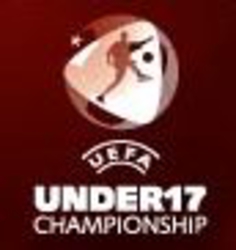 Cyprus was approved at Pro level to the UEFA Coaching Convention and Albania and Portugal were added to the UEFA Grassroots Charter - making a total of 49 associations affiliated to the charter.

The next meeting of the UEFA Executive Committee will take place in Prague on 9/10 December.