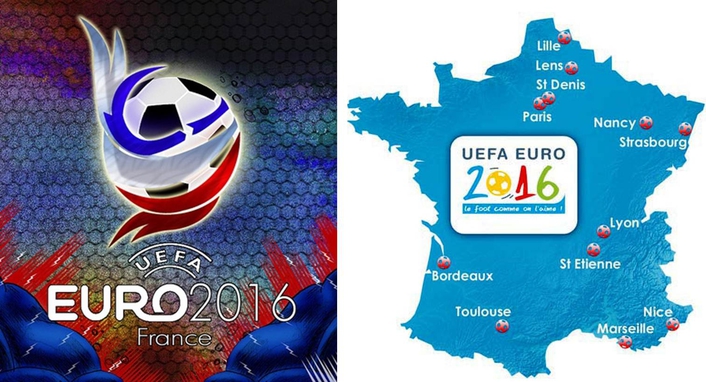 .
The UEFA Executive Committee has confirmed the ten venues for UEFA EURO 2016, presented by the tournament hosts, the French Football Federation (FFF).

At its meeting at the House of European Football in Nyon on Friday, the committee confirmed the following venues for the final round in three summers’ time: Bordeaux, Lens, Lille, Lyon, Marseille, Nice, Paris, Saint-Denis (Stade de France), Saint-Etienne and Toulouse. Before then, UEFA's member associations will begin the qualifying competition for UEFA EURO 2016 in September 2014, following the qualifying competition draw the previous spring. The final-round draw will follow at the end of 2015.

The Executive Committee expressed its support for the unanimous declaration of the 53 European FIFA member associations on proposed amendments to the FIFA Statutes at the meeting of the associations’ Presidents and General Secretaries in Nyon on Thursday 24 January 2013 (see UEFA media release N° 005). The declaration confirms once more the clear wish of all 53 European FIFA member associations and the UEFA Executive Committee to support the proposed revisions of the FIFA Statutes with the objective to enhance its transparency and good governance. It is now being submitted to FIFA, and final decisions on the amendments will be taken at the FIFA Congress in Mauritius in May.

The committee also heard an update on the centralised European qualifiers project. The UEFA member associations have decided to centralise the media rights for all national-team qualifying matches from 2014. The measure is aimed at helping national associations to generate more income from their qualifying games, and ensure stable revenues from the qualifying phase, given that revenue would be disconnected from the draw results. A reinforcement of the identity of national-team football is also a key objective behind the move.

Approval was given to the draft agenda and programme for the XXXVII Ordinary UEFA Congress, which will take place in London on 24 May 2013, as well as to updated UEFA committee and panel member lists for the period until 2015. In addition, the committee heard an update on recent activities relating to club licensing and financial fair play matters for which further details will be provided to media on Monday 4 February 2013. The next meeting of the UEFA Executive Committee is scheduled to take place on 28 March 2013 in Sofia, Bulgaria.