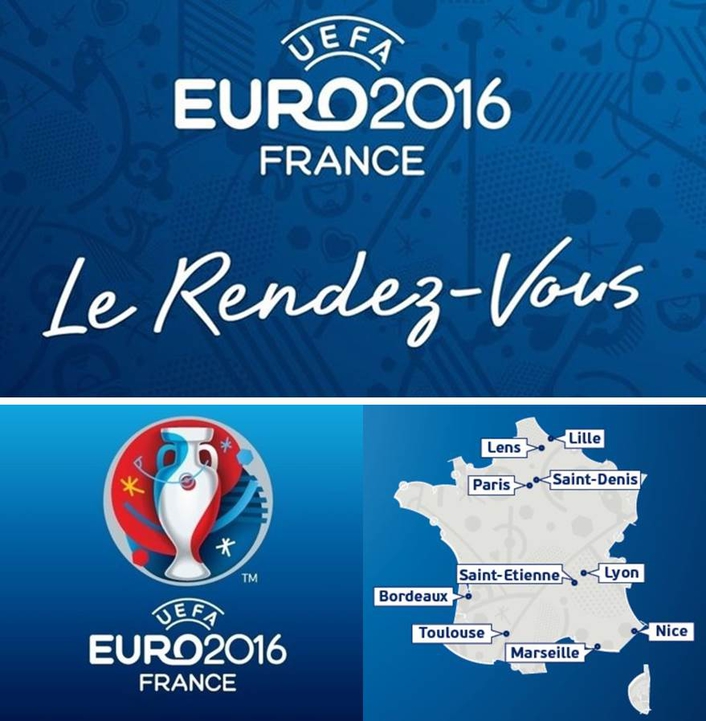 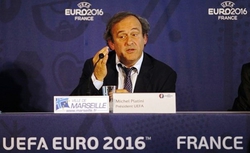 UEFA President Michel Platini unveiled the competition's slogan – UEFA EURO 2016: Le Rendez-Vous. "It is truly a 'Rendez-Vous' for France and for football," he explained. "A 'Rendez-Vous' is something that is very romantic, and it is a word that is well-known in other countries. You speak to people from abroad about a 'Rendez-Vous' and they know exactly what it means. It translates the notion of a welcome very well."

Football lovers from across Europe and elsewhere will be sure not to miss the event of summer 2016, a unique opportunity to celebrate the art of football in all its diversity and in a country with an incredible wealth of cultural heritage.

Rendez-Vous with history
Twenty-four nations will meet over 51 matches during which the eyes of the world will be riveted on the best of European football.

Rendez-Vous with France
Organised in ten host cities, UEFA EURO 2016 will uncover multiple facets of France, its culture, its heritage, and also its new or renovated stadiums, ideal stages on which to experience the most beautiful sporting emotions.

The competition slogan – Le Rendez-Vous – aims to evoke the importance of the UEFA European Championship and to make it a succession of festivities not to be missed. The slogan fits snugly with the competition's visual identity, which was unveiled to the public on 26 June in Paris, and whose central message is 'Celebrate the art of football'. The logo expresses the beauty of the game, the passion, the celebration of football and France's cultural and artistic heritage. 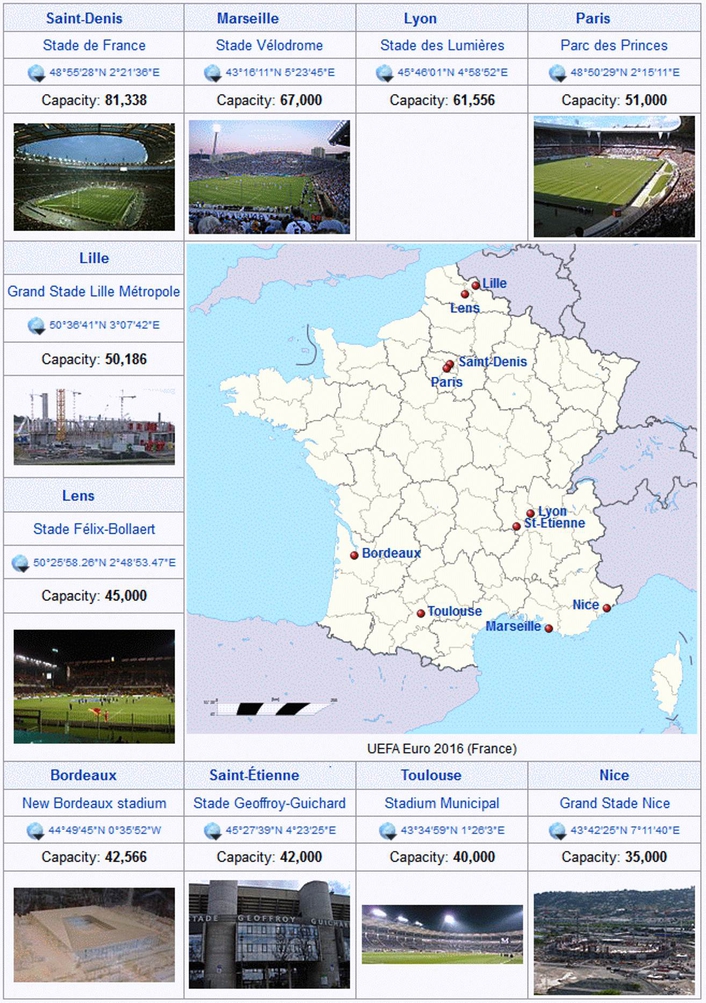 Together, they produce that French touch which will give UEFA EURO 2016 a unique dimension. So to all those who love the beautiful game, culture and a party: make it a date for June and July 2016.