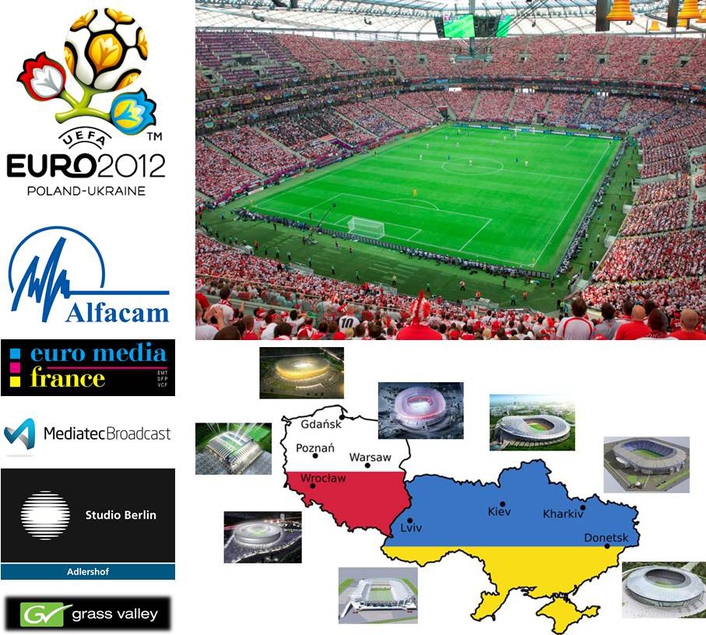 International Broadcasters Rely on Grass Valley Live Production Technologies to Keep EURO2012 Football in Play
The captivating live coverage of this year’s UEFA football championships, Euro2012 in Ukraine and Poland, was supported by outside broadcast (OB) trucks from across Europe that used more multiformat high-definition (HD) and super slow-motion cameras from Grass Valley™ than any other manufacturer.

Mediatec, based in Sweden, sent one OB van with five Grass Valley LDK 8000 Elite cameras to cover one of the matches.

Germany’s Studio Berlin Adlershof had four mobile units at Gdansk and Warsaw with 50 cameras (LDK 6000 and LDK 8000 Elite) and 16 LDK 8300 Live Super SloMo cameras on site, as well as the Kayenne and Kayak production switchers and Trinix NXT routing switchers.

“Our crews and freelance operators all recognise Grass Valley cameras and production switchers, are instantly familiar with them, and know how to get the best out of them,” said Sven Marinus, CEO of Alfacam Group. “We have worked with Grass Valley for a long time; they listen to and incorporate our suggestions, which makes using Grass Valley cameras very easy and predictable.” 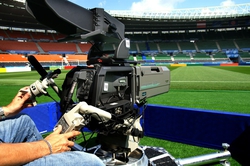 “The LDK 8000 Elite and LDK 8300 camera systems are widely seen as the standard for premium high definition outside broadcast production, not only because crews are familiar with their functionality but, most importantly, because they deliver a visibly better picture than any other camera on the market," said Alan Wright, Senior Vice President of Europe, Middle East and Africa for Grass Valley. “When combined with our switchers, producers get the benefit of the best possible pictures with the most creative on-screen production techniques to give viewers the entertainment experience they expect.”