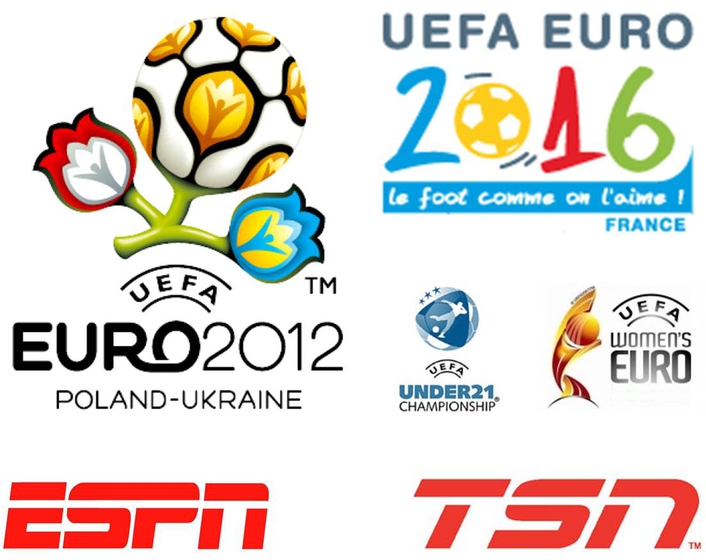 ESPN and TSN awarded exclusive rights in the USA and Canada respectively
UEFA today announced an agreement with ESPN in the United States of America and TSN in Canada for the broadcasting rights of UEFA EURO 2012 and 2016.

ESPN will provide extensive distribution of both tournaments via live coverage and highlights programmes for all matches on the ESPN network, both in English and Spanish. All matches will also be shown in Canada in English – through TSN and TSN2 - and in French on RDS and RIS.

The deals also include media rights for the UEFA European Under-21 Championships during the term as well as for the UEFA Women’s EURO 2013.

Each broadcaster will exploit the rights on Internet as well as on mobile. As a result, football fans across North America will have extensive opportunities to enjoy the competitions on television and via online and mobile services.

Commenting on the awarding of these media rights in North America, Guy-Laurent Epstein, Marketing Director of UEFA Events SA, said:

"Following a very successful experience with UEFA EURO 2008, we are extremely pleased to extend our partnership for UEFA EURO with ESPN & TSN for the next two tournaments. With interest in football growing significantly in North America both broadcasters will no doubt provide great visibility for UEFA's national team competitions through their promotional and programming capacity. These long-term partnerships demonstrate the strength of the EURO as a global property and, together with ESPN and TSN, we are committed to further enhancing it in the future.”