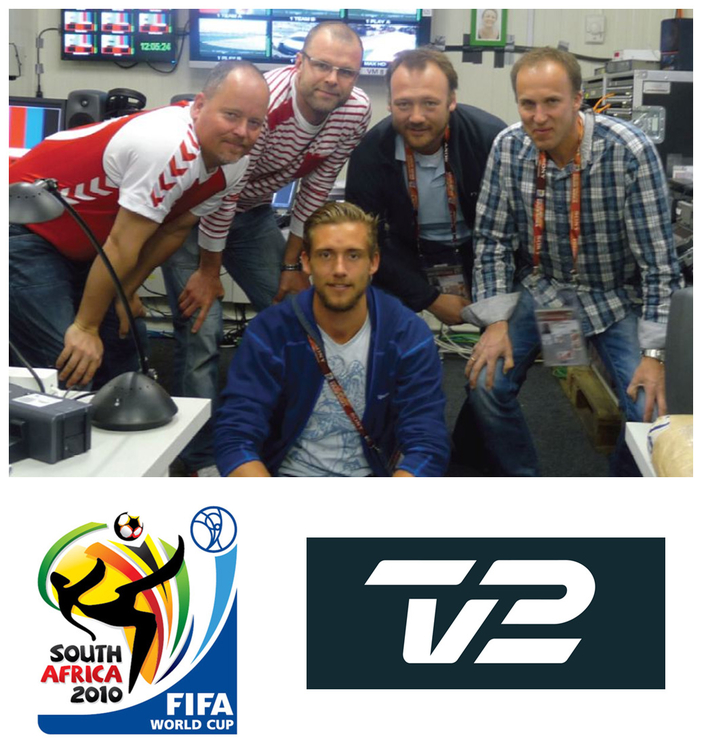 No Dane, no gain - Henrik “Bob” Frederiksen (far right) and some of the TV2 team
“TV2 are operating in two parts at this World Cup,” explained Henrik “Bob” Fre­deriksen, Production Executive for TV2, “one team of three to four people are working with the match feeds and the FIFA MAX footage to send back home. The remaining 17 members of the team are purely concentrated on the Danish team.” This second part includes an ENG crew dedicated to following the team’s training sessions, as well as an OB van at the Danish matches.

Interest in the tournament has been high so far in Denmark – helped by the sharing of a time zone with the host nation. “There were around 1.1 million viewers for the opening Denmark game,” added Henrik, “in a nation of 5.5 million people, that’s an incredible percentage.” TV2 also has a studio in Copenhagen and broadcasts the games on big screens as well as providing ‘beach football’ pitches for fans to share the atmosphere. For that opening game against the Netherlands, some 15,000 people were present.

“We’ve been using the FIFA MAX [Server] quite a lot,” explained Henrik, “to help produce play-lists and point of interest schedules for our shows, the system has made it very easy to cut and produce content on the fly.”

“Our coverage starts 30 minutes before each game,” revealed Henrik, “and we are pro­ducing two daily news shows – one a 30-minute programme shown at 18:30, before the main news programme, and the other a big review show, broadcasting at 22:30 for forty five minutes.”

“There is a lot of logistics involved with putting these shows together, and following the team around, travelling closely with them,” said Henrik as he prepared for Denmark’s sec­ond group game, on the day of his 17th wedding anniversary. “So far we have been very happy with how everything has gone.” The Danes’ win in that match, against Cameroon last night in Tshwane/Pretoria, will have done nothing to change that. 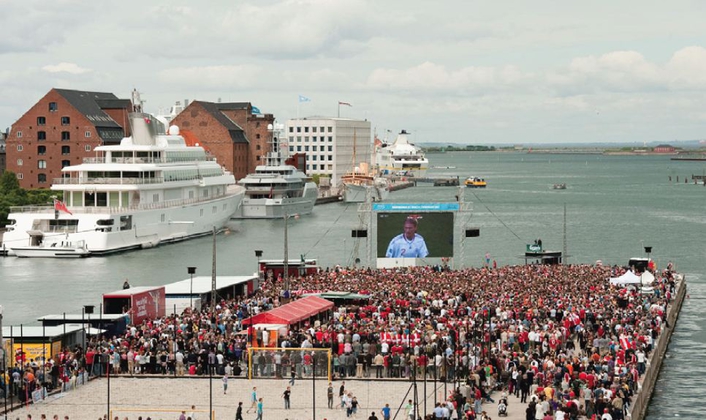