Mobile production specialist teams up with show producers as season two production takes to the road
The TNDV mobile production team is deep into shooting season two of MavTV American Real’s hit program “Won & Done,” a competitive drag racing show where two drivers negotiate lanes, distance, starting point and more in advance of the race.  TNDV was brought on for season two when the production site transitioned from a California studio to elite tracks in Michigan, Georgia and Ohio

TNDV brings either its Aspiration expanding side or more compact Origination truck to the locations, where the team works with producer/host Rich Christensen — well-known for his previous racing shows on the SPEED Channel — and his production team, shooting multiple shows at each stop.  The new 26-episode season, airing every Thursday on MavTV through the end of the year, is carried on many cable, satellite and IPTV systems in North America.

Won & Done producer/director Ray Iddings works closest with TNDV on the shoots.  He notes that the team provides remarkable consistency from location to location, and stresses that the season two broadcasts simply look and sound better.

“The first season was shot ENG-style, and I’d have to walk up to each camera to view the screens and make adjustments.  There is no nuance in that situation, and television is all about nuance.  Everything goes to disc, and it takes a day and a half to adjust files once we take it to post,” said Iddings.  “TNDV instead puts all of this content on Aja Ki-Pro recorders, and within a few hours our editors are ready to cut a show.  So having TNDV on site not only improves the quality, but helps us work far more efficiently.”

TNDV and Iddings previously teamed up to shoot and produce 150 episodes of PassTime, among the most popular shows to air on SPEED.  The key difference between the two projects is that PassTime used static cameras.  The style of Won & Done requires multiple cameras to move around, capturing the action as participants negotiate all aspects of the race.  It also means that the distance for one race might be a quarter-mile, while the shoot immediately following covers eight.  This requires a mobile production infrastructure that can rapidly adjust to changes while ensuring consistency across every shoot. 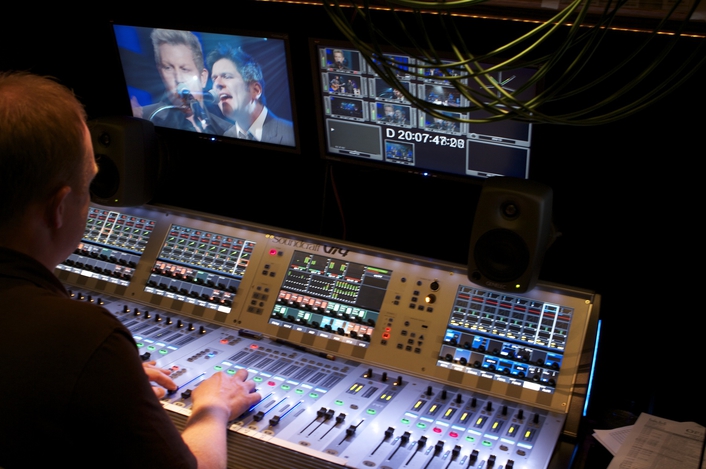 “This is really an exercise in demonstrating how a mobile production truck can make acquisition and production more effective,” said Nic Dugger, owner and president of TNDV.  “We’re giving Ray and his crew a harmonious infrastructure that brings a full monitor wall to view multiple cameras and improve onsite QC.  They are getting a multichannel intercom system to communicate over long distances, and a full audio booth for live mixing.  We want to shoot more episodes in a day, make sure the cameras are matched and color corrected, and improve overall episode quality – sight and sound.”

Iddings adds that audio quality has remarkably improved.  “They have a crew member on board furiously mixing away during the shoots,” he said.  “They do a great job of making viewers feel like they are at the event, instead of sounding like car noise drowning the host.

“But the cool thing about Nic and his team is that they are ‘why not’ guys instead of ‘why’ guys,” added Iddings.  “They figure out a way to make things happen when we ask for something special.  They have a shader on the truck, on-the-fly color correction and the overall quality is far better.  It’s a different show now and they get a lot of credit.”