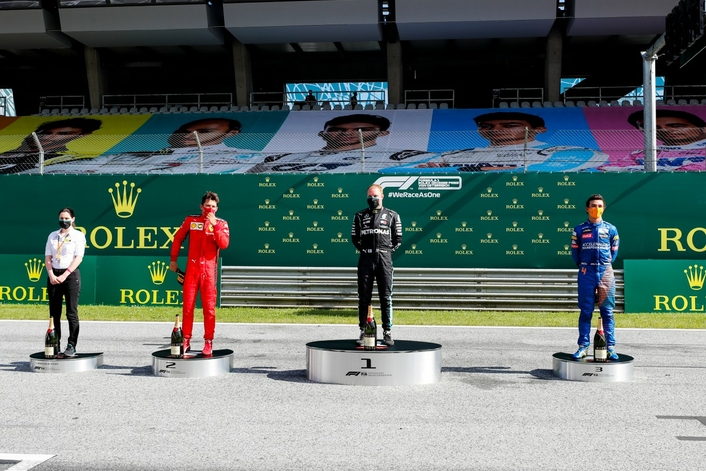 The elite racing series has its first winner of 2020: Valtteri Bottas beat team-mate Lewis Hamilton to the chequered flag at the Red Bull Ring. Millions of motorsport fans around the world followed a turbulent Formula 1 Rolex Großer Preis von Österreich via the TV and online, with Bottas holding onto his advantage after starting in pole. Charles Leclerc and Lando Norris joined the Finn on the podium.

Max Verstappen had to abandon his RB16 in the pit lane early on: “Can‘t drive, the wheels are blocked!” he said straight after his retirement. Many others followed him out of the race, including Ricciardo, Stroll, Räikkönen, Kvyat – and Alexander Albon then became the second Red Bull Racing driver to have to drop out after a tussle with Lewis Hamilton. Scuderia AlphaTauri driver Pierre Gasly finished the race in seventh. 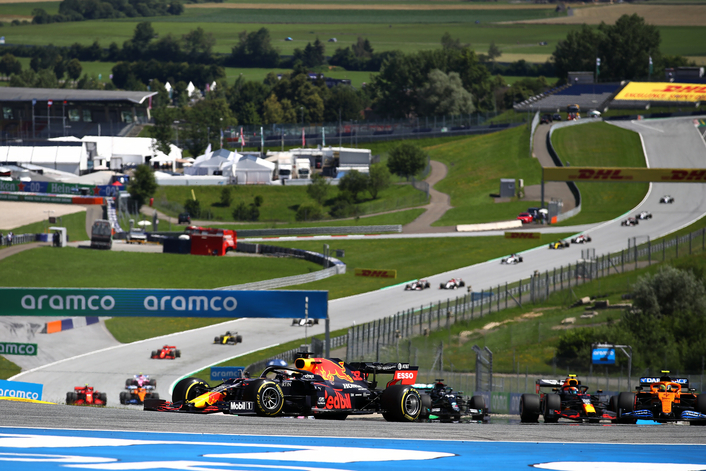 Views after the Austrian GP:

Valtteri Bottas (FIN / Mercedes): “I knew that if I made a small mistake, Lewis would pass me. Having so many safety cars was hard as Lewis ended up right behind me every time. Then came the warnings from the team about a sensor. I am even happier now that both cars finished!”

Charles Leclerc (MON / Scuderia Ferrari): “It‘s a big surprise for us, but a good one! We didn‘t make any mistakes, and we had some luck with the accidents and penalties for Lewis. We still have a lot of work ahead of us, but we saw that anything is possible.” 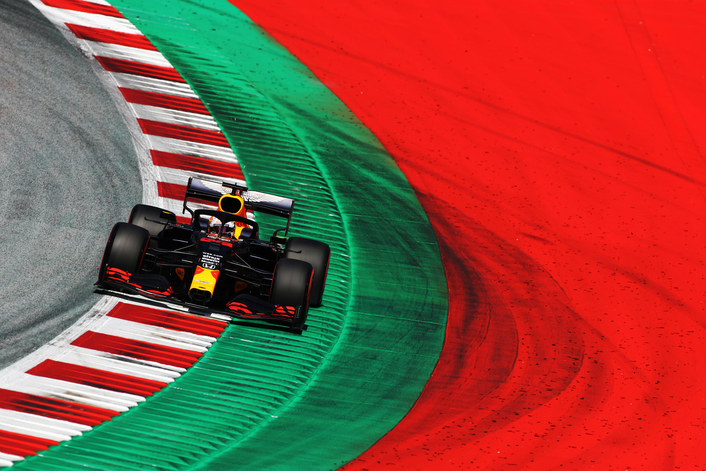 Lando Norris (GBR / McLaren):  “I am speechless. I gave everything I had over the last few laps. If you consider where the team was a few years ago, we have made really decent progress. I am proud of the team.”

Lewis Hamilton (GBR / Mercedes): “I gave everything during the race. In qualifying it was probably my own fault. The penalty disrupted my preparations, as I had to go to the stewards. Colliding with Alex was unintentional. It is really hard when you are quicker than the car in front of you but you can‘t drive at your potential due to technical reasons.” 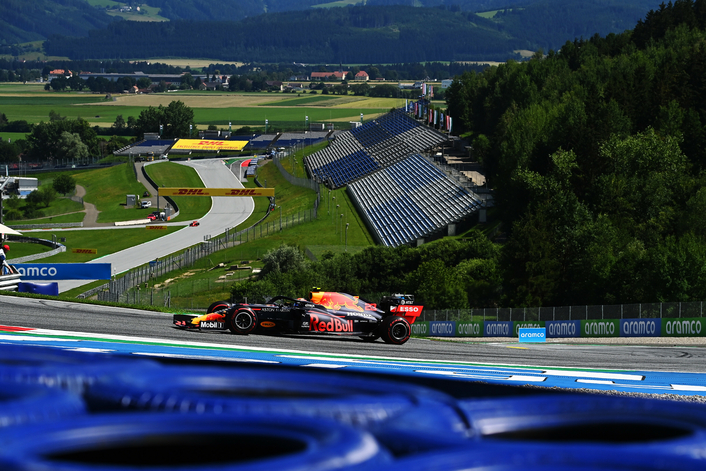 “I’m not quite sure what happened yet, we’ll investigate and find out but of course that’s not how you want to start the season. I had a good start, unlike last year, and quite early on I could see that Valtteri was quick so fighting for the win was always going to be a big challenge. I think it would have been an easy podium and third would have been a decent start to the season but what can you do? This is racing and it is what it is, you can’t change the result now. It is a shame for everyone who worked so hard to get us here this weekend but we will just focus on the race next week and hope for something better.” 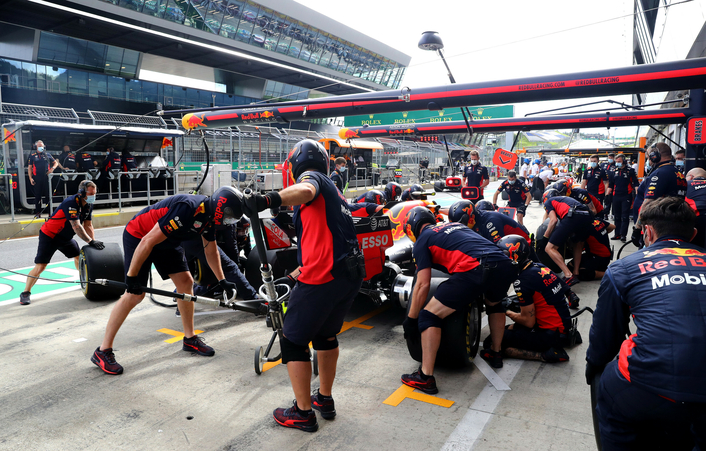 “It’s still quite fresh so I’ve got to be careful what I say but there’s nothing to add apart from how frustrating that is. I really think we could have easily won that race. We had a great strategy, the guys did a great job in the pit stops, yes we had a little bit of fortune with the Safety Car, but the car was feeling good. The hard tyre wasn’t very strong today and I knew the Mercedes would have cold tyres on the re-start, so I already planned to get past them within a few laps of the Safety Car coming in. I feel like I had completed the move on Lewis already, and I was thinking about getting Bottas on the next lap. The contact with Lewis was so late in the corner that it surprised me. I was right on the edge of the track and I knew if I gave him all the space I could it would be up to him if he wants to crash or not. This time I was the one on the attack and he was defending. I wouldn’t say this one hurts more than Brazil but that incident was maybe 50/50 whereas this one isn’t. Obviously we’ve got next weekend to focus on now, we’ll need a bit of luck to have the same opportunity as today, but let’s see.” 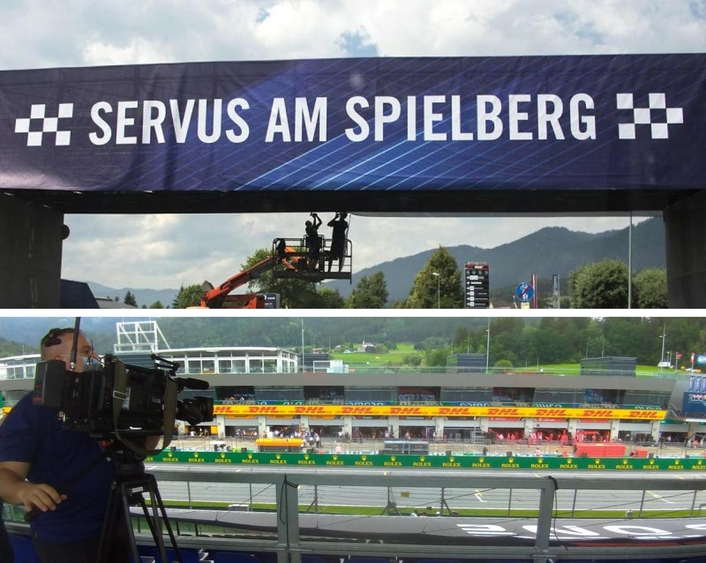 “It was a very frustrating first race and I’m almost lost for words. Losing Max early on whilst he was running in second place on a better tyre was obviously painful but we still had Alex in a good position. Alex was putting in a very strong performance, strategically we got the call right to concede a position to the Racing Point but take on a new soft tyre. At the re-start Alex passed Lewis and inexplicably for the second time in three races Lewis has hit him and taken him out of the race. It was clearly a mis-judgement by Lewis which he received a penalty for but that still cuts deep for Alex. We then had to retire the car with what looks like a PU issue, which will now be investigated. It’s hugely frustrating to come away from this race with a double DNF and no points, when we could have been in a position to win. The positives are that we looked to be having a competitive race but we still have a bit of pace to find ahead of next weekend.” 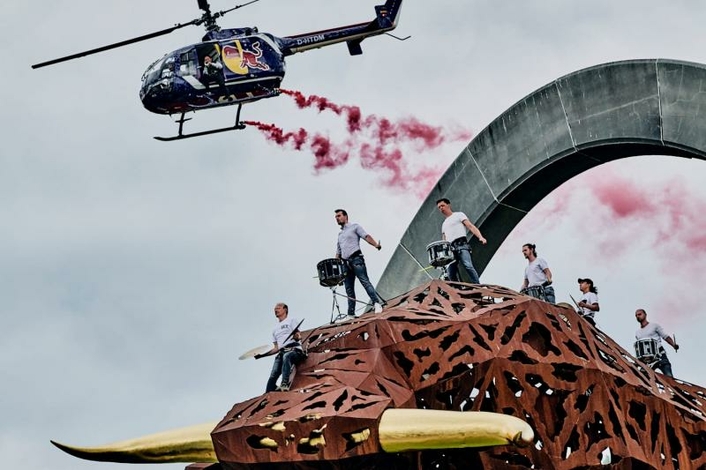