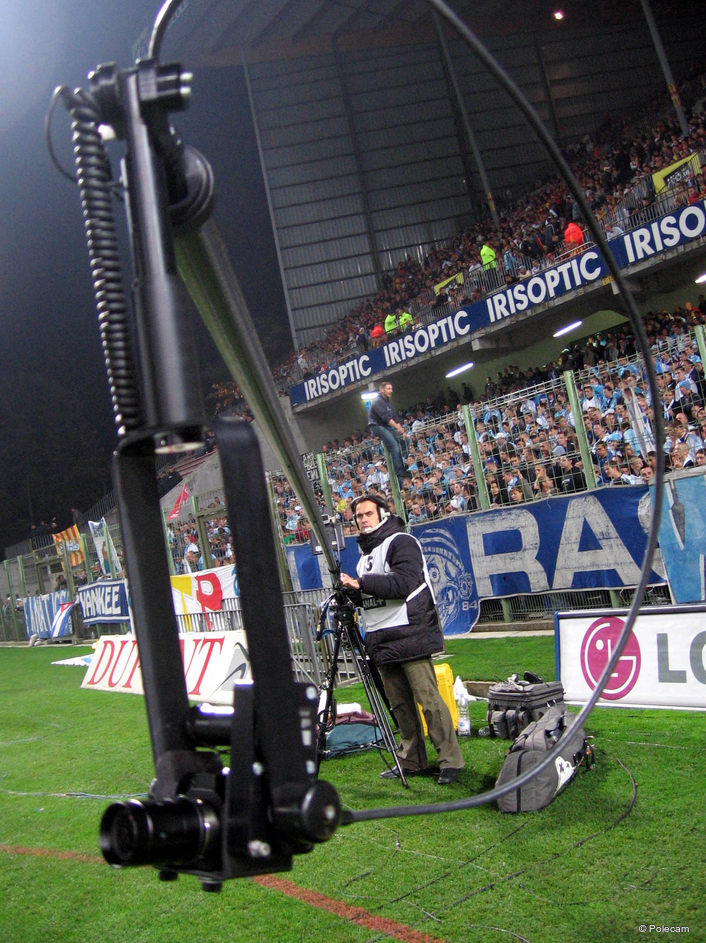 "Telline had seen our three Polecam rigs in use at various outside broadcast locations," comments Nicolas Hoffnung of ACS France. "Their production staff were impressed both by the Polecam's unique combination of portability and stability as well as be the speed with which we are able to set up, manoeuvre and de-rig. Telline has ordered a complete system including a remote camera control unit which is scheduled for delivery around the third week of April."

Introduced at IBC 2009, Polecam's 7th Heaven incorporates seven rigid carbon-fibre elements which interlock to achieve an 8 metre reach, delivering unprecedented versatility in terms of horizontal and vertical camera location. It gives programme-makers the freedom to elevate their camera from ground level to 8 metres above the tripod pivot while retaining total control of boom angle, camera pan/tilt and camera ascent/descent speed. Polecam 7th Heaven is made possible by an advanced formulation of high-rigidity carbon-fibre elements, also now supplied as standard with the five-element Polecam rig. Using a combination of laminated and spun carbon-fibre with 24% more fibre, the new formulation delivers a 15 per cent increase in boom stiffness. It allows even novice users to achieve very high quality results both with the five-element and seven-element versions.

Like the standard 6 metre Polecam, 7th Heaven can be carried anywhere and set up or dismantled in less than 10 minutes without need for spanners, screwdrivers or any other assembly tools. An ordinary heavyweight camera crane would typically need the best part of an hour. The 6 metre span is ideal for most practical purposes but Polecam 7th Heaven's 8 metre reach allows much closer wildlife shooting where you want to get near your subject without risk of being eaten. It also has obvious advantages for live events such concerts or sports, and at crowded news briefings where you can go clean over the heads of other reporters. Polecam 7th Heaven is fully compatible with all standard Polecam accessories including heads, underwater housings, HD and SD cameras, CCUs and recorders.

ACS France specialises in providing innovative production for film and television. The company has 10 permanent staff and around 40 freelance technicians covering a wide range of activity including world-class cultural and sports events.

Polecam was established in 1998 by extreme sports cameraman/director Steffan Hewitt. While directing a series of windsurfing kit commercials in Hawaii, he needed to obtain close wide-angle front sequences of a windsurfer in action, shot from a tracking boat or jet ski. Steffan improvised a rig comprising a miniature camera on a carbon-fibre windsurfing mast. Returning to Britain, he developed a lightweight go-anywhere rig with a remote joystick controlling a high-precision pan and tilt head. Polecam is now supplied in HD and SD versions with a range of additional options including underwater and 3D pan/tilt heads. Polecam Ltd is active globally from its base near Bedford, England.