Swiss Television to broadcast the Games with STAGETEC 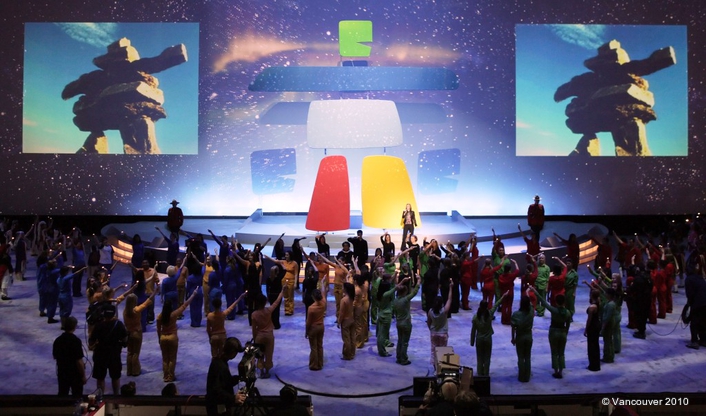 Presentation of the Logo for the Olympic Games in Vancouver
Three Billion worldwide television viewers, 10.000 media representatives, 5.500 athletes and officials – the 21st Olympic Wintergames are going to beat any records. Swiss Television SRG Suisse will report 16 hours per day from both Olympic sites, Vancouver and Whistler (Canada). To do so, the Swiss broadcasters have again opted for audio equipment provided by German pro-audio-specialist Salzbrenner Stagetec Mediagroup.

“tv productioncenter zürich ag (tpc), the production subsidiary of Swiss TV SRG SSR, will install two control rooms in Vancouver and Whistler and a main switching room at the IBC in Vancouver”, explains Thomas Neuenschwander, Audio Engineer at tpc. He and his team have opted for a six Base Devices NEXUS network in the small control room in Whistler, from where tpc will report live from Alpine and Nordic Skiing and Snowboarding. All background interviews, features and additional information will be produced by the tpc studio in Vancouver. This studio will be connected to a larger control room equipped with STAGETEC’s recently introduced CRESCENDO mid size desk and a ten Base Devices NEXUS network plus a NEXUS Star in the main switching room. Two Satellite-Uplink-Vehicles will send their live reports to this control room too. 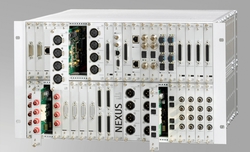 „NEXUS was our first choice because we need to deal with an extremely large number of embedded audio signals simultaneously”, continues Neuenschwander. To answer this request, the NEXUS Base Devices in Vancouver are populated with 62 SDI de-embedder and embedder boards XSDI. In addition, the NEXUS in Whistler offers another 26 XSDI boards, altogether summing up to 960 x 960 SDI channels. “Thanks to NEXUS’ superior SDI capabilities we can produce every required material for our broadcast centre in Zurich, Switzerland starting with the SDI-feed we get from the host broadcaster”, tpc engineer Neuenschwander comments. As a speciality this includes ready to broadcast material without commentary voice which will be dubbed over later in Switzerland-a necessary contribute to the four languages spoken in the small country.

As “ideally suited” for the Olympic mission considers Neuenschwander the compact yet powerful CRESCENDO desk STAGETEC introduced at last years IBC. He and his staff are already familiar with the larger AURUS, as it is installed on tpc’s OB trucks. “For the games we have preferred the CRESCENDO over the AURUS as we won’t need the huge amount of controls the AURUS offers”, he says. “The CRESCENDO instead gives us almost the same DSP-Power in a small, easy-to-transport console footprint.” Offering 40 faders, 144 audio channels and 64 busses the CRESCENDO he has taken to Canada is ready even for demanding tasks in sports broadcasting. 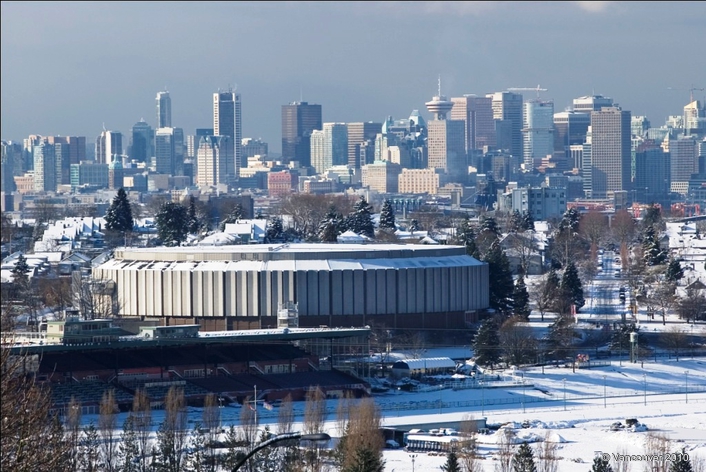 Vancouver and the Pacific Coliseum - 16 Days to the Olympics