After a hugely successful 2017 summit at Munich’s Allianz Arena, this year’s event marks a return to the Stade de France, Paris, for a further opportunity to meet and learn from influential figures in European football production and broadcast technology innovation.

With 2018 being a World Cup year, it’s no surprise to discover that there will be extensive coverage of the summer’s footballing extravaganza in the sessions entitled ‘Inside Look at 2018 World Cup Russia with FIFA and HBS’ and ‘FIFA World Cup 2018 Russia: Rights Holder Perspective’. Expect exciting technology previews and discussion as another eagerly awaited World Cup draws near! 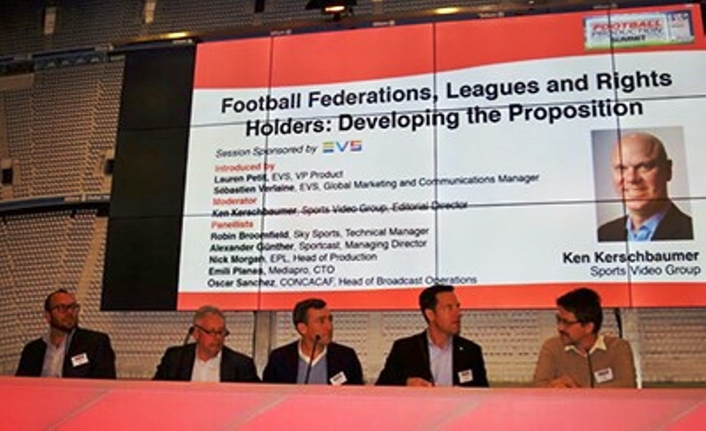 The present and future technological requirements of football clubs, venues and leagues will also be the subject of discussion in sessions entitled ‘Football Clubs as Media Hubs’ and ‘League Perspectives: What’s Next for Football?’

Next Generation Audio technologies will be considered in ‘Making the Beautiful Game Sound Even Better’, while the cutting edge of 4K production and outside broadcast operations will be addressed in, respectively, ‘4K Remote Production: Past and Future’ and ‘OB Panel: Rising to the Constant Challenges of Football Production’.

Demand is expected to be very high for this event, so early registration is advised to avoid disappointment! For a full programme, and details of how to register, please CLICK HERE