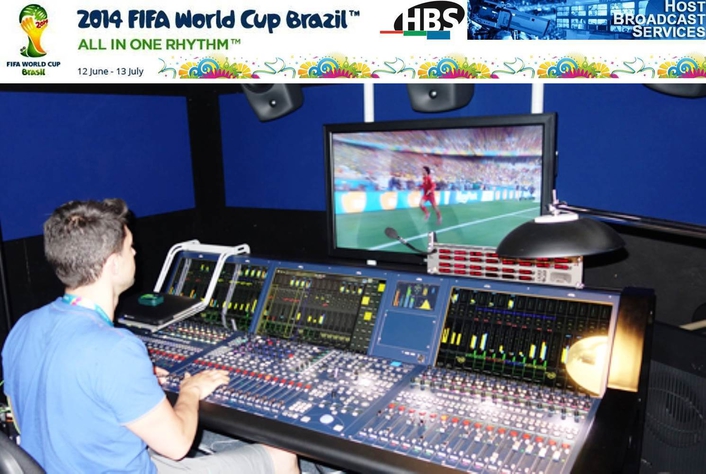 After a goal is scored it is important that every cheer reaches the TV audience at home
The great images of the FIFA World Cup™ might be what is imprinted in the mind of the viewer, but would they have as much meaning without the sound of sheer elation, or groans of despair, which accompany such moments?

That is the job of the HBS audio team, led by Christian Gobbel, the Senior Engineering Manager, who believes “50 per cent of the enjoyment of a football match comes from the audio.” Which is why the audio teams at the IBC and those working at the 12 venues of the 2014 FIFA World Cup Brazil™ have a very simple task: to take viewers into the heart of the action by providing the crystal-clear soundtrack which brings an overall sense of being at the stadium.

Of course, a workman is only as good as his tools – and the audio team at the 2014 FIFA World Cup Brazil™ are equipped with the finest kit. A centralised 5.1 Surround Sound Production, which provides the best possible consistency across all stadiums and production teams, is hosted at the IBC, but that only tells half of the story. 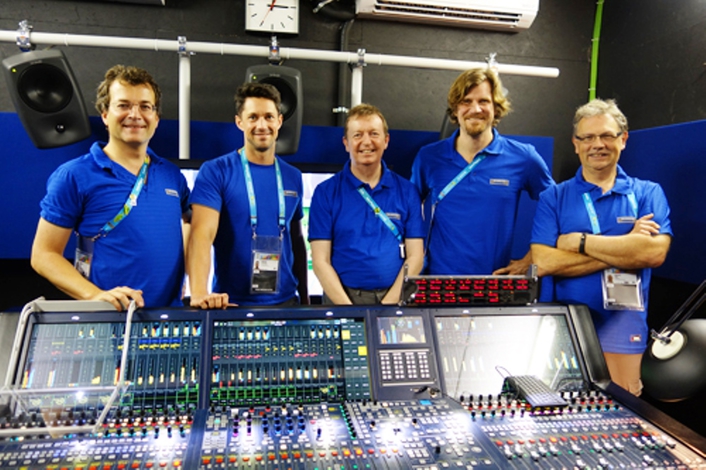 The IBC audio team bringing fans at home as close to the action as possible..

Twelve identical Equipment Room Containers (ERCs) were constructed by HBS and sonoVTS in Munich over the six-month period prior to the tournament, one for each of the venues for the 2014 FIFA World Cup Brazil™. Effectively OB vans without wheels, the ERCs are ‘plug and play’ remotely controlled freestanding units which feature all of the electronics, main cores and base units, not to mention thousands of cables which simply need to be unrolled and plugged in. 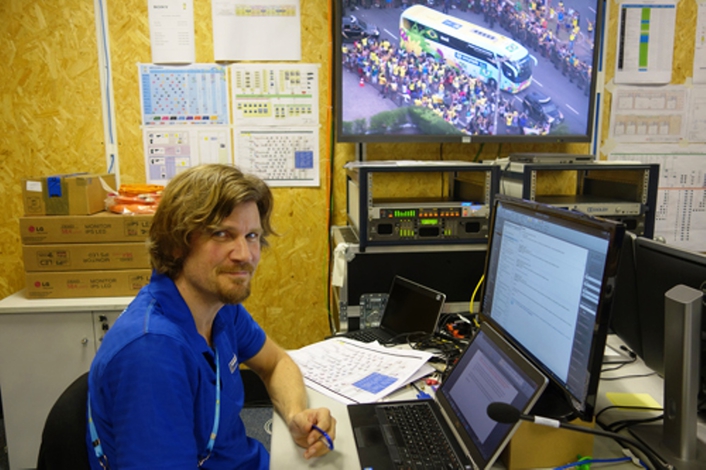 Focus on consistency: HBS put a lot of effort into ensuring consistency across different venues and production crews, and yet still deliver individuality out of the overall coverage. It might not be that everyone agrees with every last element, but the important thing is that HBS has achieved a consistency of approach across all venues.

Engage first-rate manufacturer support: HBS continues to have a key set of suppliers in the audio domain, which include Lawo on the mixing console side, Schoeps and Sennheiser for microphones, and Riedel for communications. HBS has a crew of engineers from Lawo at every venue, delivering support with regard to any failures, and the same applies to a separate support for the communications. Overall, the support at the venues comes from manufacturers and is running very smoothly. 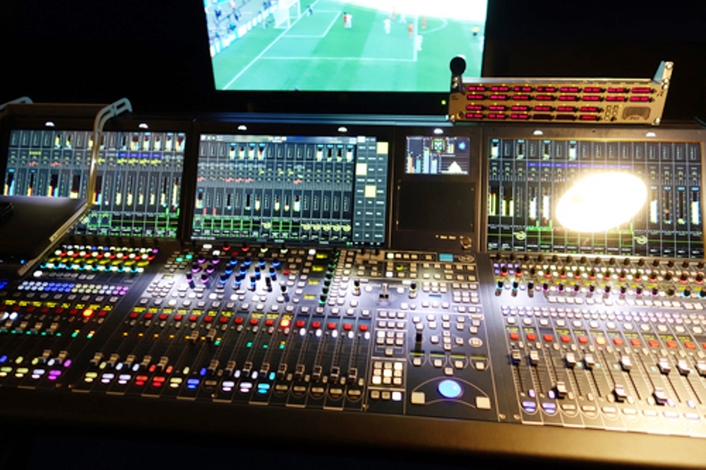 Utilise new equipment where it adds value: HBS has some great new products in use in Brazil. For example, the new generation of Sennheiser MKH 60 shotgun microphones are a great improvement for everything we do around the pitch. Schoeps, too, has done some great improvements to the outdoor suitability of their kit, for example new raincovers, windshields and packaging in general. It was anticipated that winter in Brazil would be quite a wet, so a lot of effort was made to weatherproof the main microphones.

On the console side, the second mk version of Lawo’s mc²56 console is working brilliantly: the consoles located in the main and multifeed galleries, with the whole integration via MADI and Ravenna greatly easing the set-up process. The new mc²56s are more user-friendly with the incorporation of the touchscreens, and in general the learning curve for non-Lawo users is shorter than before. Also from Lawo, HBS is using the V__pro8 video processor at the venues and for embedding and de-embedding at the IBC.” 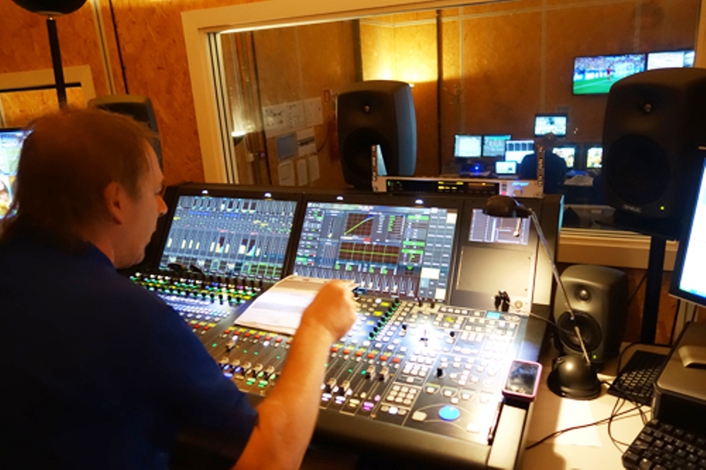 Embrace reliable networking technology: HBS is using the increasingly popular ALC NetworX-developed audio over IP technology Ravenna to link the local IO console to the core, which is achieved by Cat5. Meanwhile, the interconnection between the ERCs (Equipment Room Container) located at each venue and the sound gallery container is basically three Cat6 cables: two for the redundant remote control of the console, and the third to connect local IO for speakers and the meters in the room. In addition, HBS is also using Ravenna for the tie-lines between the main and multi-feed cores. ESPN and ARD’s radio operation are using Ravenna, and highlight the fact that some broadcasters are really starting to commit to IP technology. 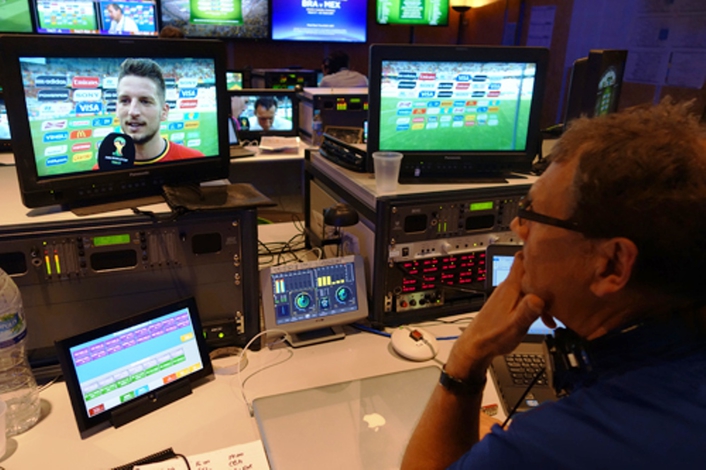 It is not just during the match that audio levels need to be monitored. The Quality Control Room (QCR) also monitors interviews 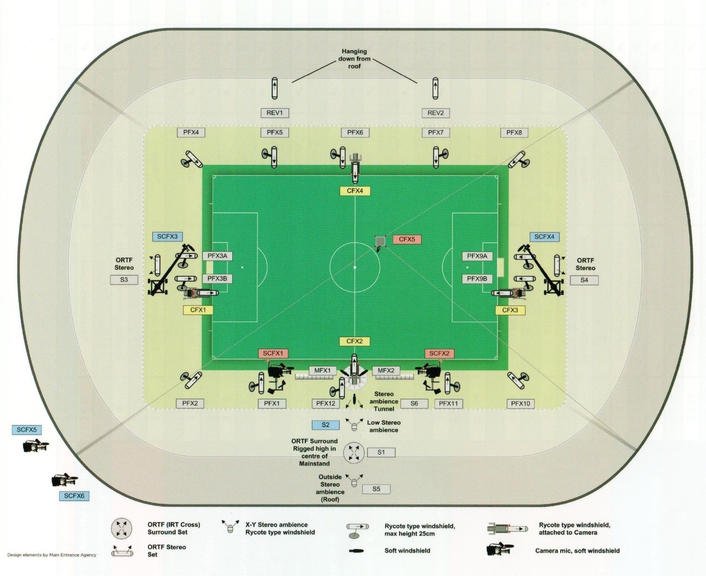 SCHOEPS Is Once Again the...es for Football in Brazil
Sennheiser Microphone Tec... Set to Feature in Brazil
4K Live Productions at Maracana Stadium