Streaming Through Rough Waters With Cube 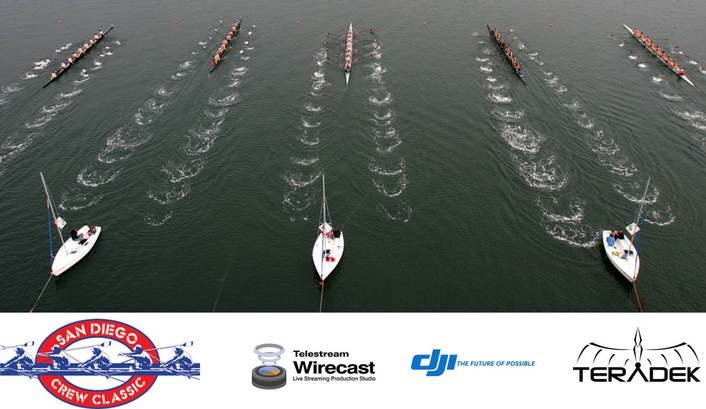 It’s not everyday you get to turn on the TV and watch a regatta (rowing competition). As a seldom-televised sport, rowing doesn’t get as much love as other action sports do on television, despite being just as historic and having fans all around the world.

But live video on social media today can be just as viable as traditional TV broadcasts, and has given lesser-known sports an opportunity to gain sizable followings. The USRowing Association is no stranger to this, having recently taken all of their regattas directly to YouTube Live to let fans watch events like the San Diego Crew Classic and the Big 12 Women’s Rowing Championship in Tennessee from the comfort of their homes.

“We cover all of the main regattas of the season. Most of them are USRowing events, the others are local events that we get hired out to live stream,” explained Willie Black, video specialist for the USRowing Association.

But live streaming a sport like rowing can be pretty complicated. How do you capture the action when the sport goes from one end to the other? With some ingenuity and technical know-how, the organization has been able to conjure up some pretty creative solutions. Here’s how they do it.

The Flow of Streaming

The complexity of taking the regattas online is that the sport goes from start to finish over water, requiring a completely mobile camera setup to follow along. Along the 2000 meter course, all feeds have to link up to the same video switcher somehow - and that’s a profoundly long range to transport video wirelessly.

Willie’s workflow can vary a little depending on location, but generally the same setup is used at every regatta. Before each race begins, Willie has 2 video cameras and a drone set up throughout the course.

At the starting line, Willie and his video team employ a DJI Inspire 1 quadcopter drone w/ built-in camera to capture the launch off. Once the regatta begins, the Inspire’s feed is sent via its internal downlink to the drone operator’s controller monitor on the ground, which gets transferred via HDMI to Willie’s Teradek Cube 105.

The Cube encodes the incoming video and sends it via Cat5 or Cat6 Ethernet cable to an ESTeem Horizon 5.8 network transmitter, which can send the video wirelessly all the way to a receiver at the finish line 2000m away.

The receiver there pushes the feed into a router with Cat6, which is then cabled to a laptop and ingested with Teradek’s Stream Reader plugin. This becomes the first 3 feeds for Wirecast to mix.

But there’s a problem with this setup. Because the drone can’t stray too far from the controller, a camera has to follow the teams as they row through the course. To do this, Willie has a Canon XA25 set up on a motorboat that follows alongside the racing teams. This camera also feeds to another Cube 105 via HDMI, which encodes the video and sends it to a second ESTeem Horizon transmitter. From there, the ESTeem receiver outputs the drone video signal into Wirecast as the second video feed.

At the finish line, a second Canon XA25 captures the teams as they approach the end and sends the feed to a Blackmagic Mini Recorder which saves clips of the finishing teams. The video goes out via Thunderbolt to the laptop and into Wirecast. With all 3 feeds established in Wirecast, some minor graphics like team names and scoreboards are added and then streamed to Youtube, with an operator switching between the 3 feeds as events happen.

Willie’s Cube is crucial to this extensive livestream system. The only method of sending video from camera to Wirecast over a mile away is through the ESTeem transmitter. But because the ESTeem can only input a CAT5/6 signal, the Cube is the only way to bring HD video into the transmitter. 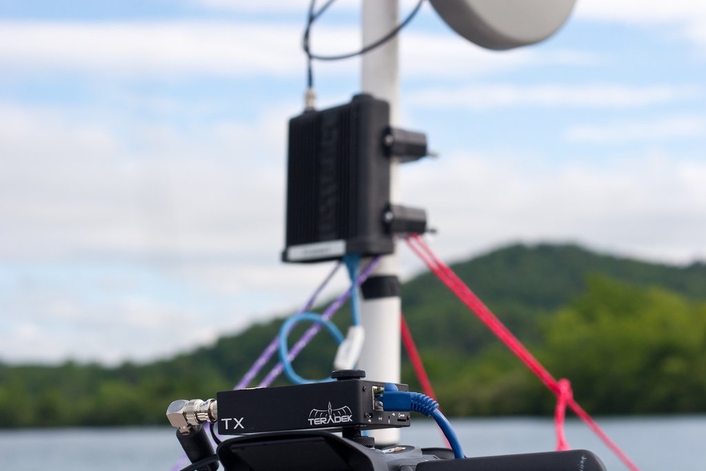 Despite the relatively low-budget production they have going on, the workflow functions exceptionally well and gets the job done. Instead of hiring full production teams or helicopters for aerial shots, Willie and his team are able to operate with a small footprint by setting up their own long range video delivery system. The best part though, according to Willie, is how effortless the Cubes are to operate. 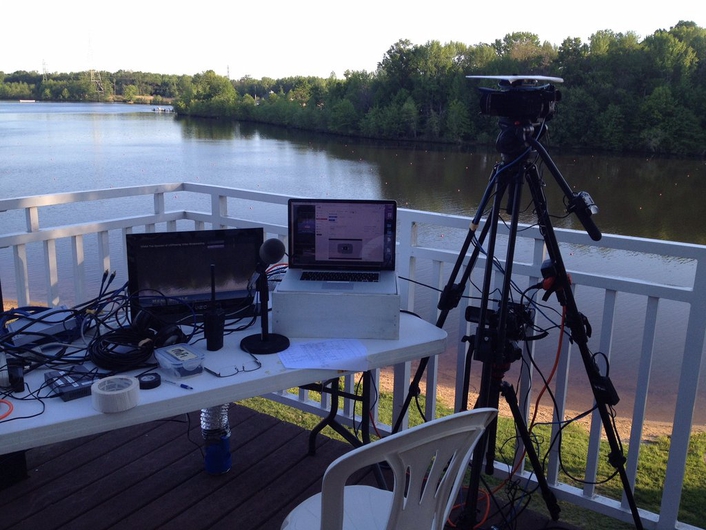 “We like that once we set them up, we don’t have to mess with them. They just work,” said Willie. “Sometimes we’ll have them hooked up for over 12 hours a day, 2 days in a row. They’ve just been so reliable for us.”

The streams gather thousands of views on YouTube, with some major events like the San Diego Crew Classic accruing over 45k views throughout the duration of the broadcast. 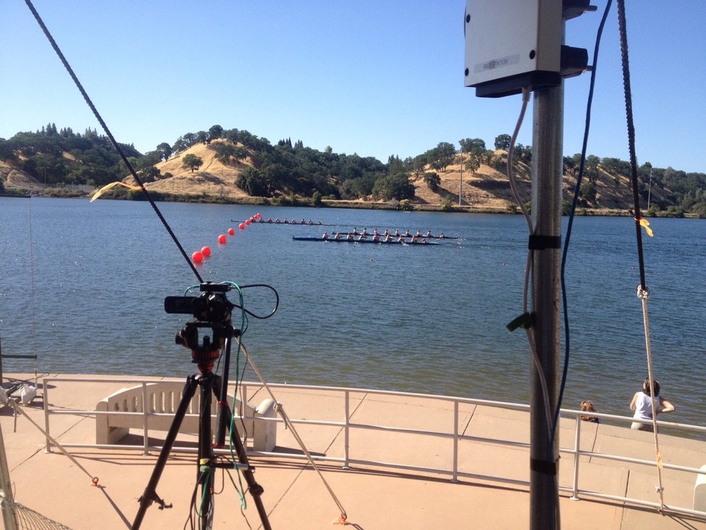 Live streaming has become an excellent way for non-mainstream athletic events (and events in general) to deliver content to viewers online. For the USRowing Association, it provided an alternative to the exorbitant costs of an enterprise-level production and got the job done just as well. With regattas coming up just about every weekend for the Spring and Summer seasons, live streaming is poised to give their rowing game a winning edge.