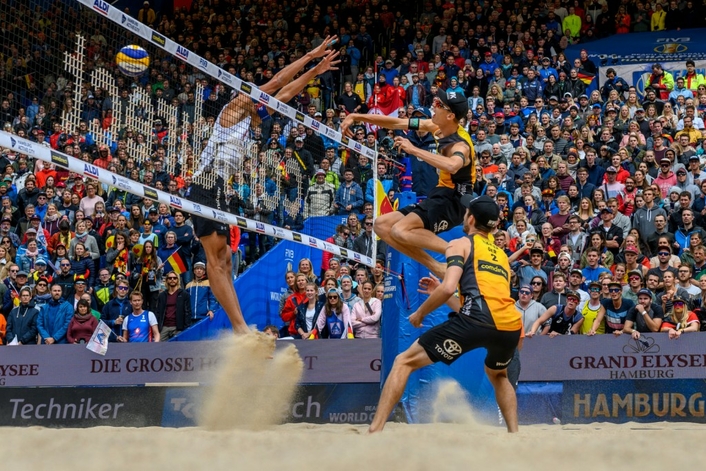 Russian machines Viacheslav Krasilnikov and Oleg Stoyanovskiy spoiled the Germany party by fighting back to win a dramatic World Championship final and seal a ticket to the Tokyo Olympics next year.The third seeds picked up a winners’ check of 60,000 US Dollars after they powered to a 19-21, 21-17, 15-11 comeback victory that silenced a capacity Red Bull Beach Arena crowd who had gathered to see if home favorites Julius Thole and Clemens Wickler could complete a Hamburg fairytale.

The decibel level inside the iconic Rothenbaum Arena was deafening after the Germans took the first set but that setback only inspired the Russians to turn up the heat and Krasilnikov and Stoyanovskiy wasted no time in winning the second set 21-17.

It set up a nail-biting final set where the lead exchanged hands several times, but the Russians upped the pressure in the final moments to take the set 15-11 win gold and make Stoyanovskiy, at 22, the youngest beach volleyball world champion.

“I have no words,” said a jubilant Stoyanovskiy. “I never imagined being world champion many years ago, I’m so happy.

“We’re probably the most hated people in Hamburg right now but I think I’m still safe inside the stadium!

“Against 10,000 German fans we tried to focus on ourselves and tried not to listen to them. The support was amazing – the fans were cheering after every point and that made it hard for us to communicate.”

Sadly for their legion of noisy fans, Germans Julius Thole, 22, and 24-year-old Clemens Wickler had to settle for silver but despite their mix of emotions, Thole believes their achievement will sink in eventually.

“I think tomorrow we’ll be very proud of what we accomplished here,” said Julius. “We had a tough start in the tournament as we were really nervous, but got to develop our game in each match. But for now it’s still really hard to accept how it ended.” 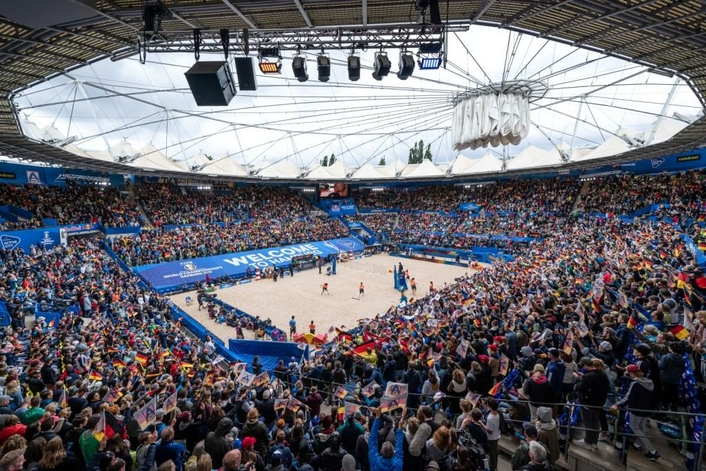 The young Germans, however, can be proud of a spellbinding run to a final on home sand, which included an epic semi-final win over top seeds Anders Mol and Christian Sørum of Norway on Saturday.

The Norwegians bounced back from their disappointment by winning the bronze medal. The Beachvolley Vikings had to recover from losing the first set to climb onto the podium, eventually beating Trevor Crabb and Tri Bourne 19-21, 21-15, 15-10.

On their bronze medal, defender Sørum said: “There’s a big difference between finishing third or fourth and we’re super happy that we ended on the right side of it.

“A medal is always good and to take one in such a big tournament, it’s really important for our sport in Norway. There were a lot of people watching back home and it’s huge that we got this medal.”

After a memorable 10 days of relentless top-class beach volleyball where 130,000 people visited, there’s no time for the beach elite to celebrate as the World Tour heads for the Swiss Alps and to one of the players’ favorite tour stops: the Swatch Major Gstaad, which begins on Tuesday. 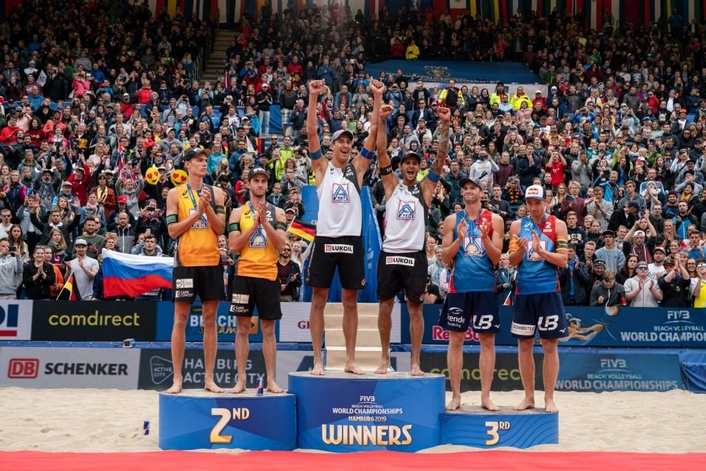