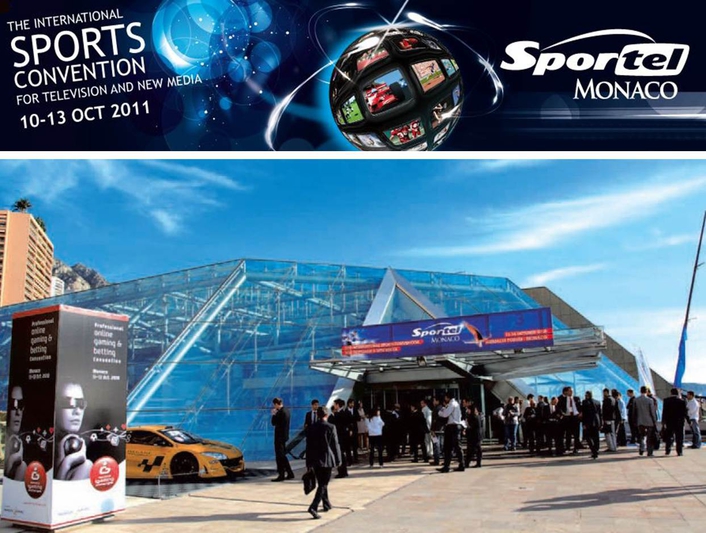 The Convention showcases various sporting demonstrations alongside professional conferences
SPORTEL is the International Sports Program Market for Television and NewMedia. The next edition, SPORTELMonaco, will take place from 10 to 13October 2011 at the Grimaldi Forum in Monaco. In 2010, SPORTELMonacoattracted 2188 participants representing 922 companies from 68 countries.

After twenty-two years of dedicated service to the sports content industry,SPORTELMonaco is widely recognized as the largest, most successful businessvenue for sports executives. As well as the Market and exhibition, theConvention showcases various sporting demonstrations alongside professionalconferences on issues faced in the sports content, television, new media andsporting industries. 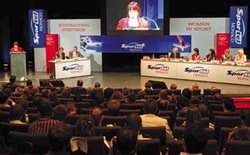 Leading sports broadcasters are innovating by:
- Making content ubiquitous and optimized for many devices and platforms the consumer now uses
- Creating sports services that offer companion experiences that co-exist and complement the TV broadcast.
Come and hear how leaders in the Lean Forward revolution are working hand-inhand with their television counterparts so that they can fully engage their mutual audiences for London 2012, 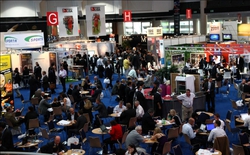 Beautiful pictures and rich content on the same screen: bringing together TV and the Web will become real for the public through smart TV sets. Will the first steps of this revolutionary association provide a new opportunity for sports broadcasting? Throughout the world TV is going digital rapidly. One after the other the old analog networks are being switched off. Viewers have never before adopted a new standard so rapidly. Thanks to digital TV the program offer is increasing and diversifying. High definition is becoming the standard of sports broadcasts. Stereoscopic TV -3D- will soon make them even more spectacular. 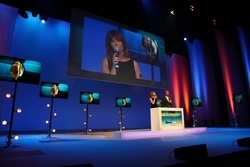 The Golden Podium Awards, created by Georges Bertellotti have been awarding for more than 20 years the directors of the world’s best sports TV images. Each winner will be awarded a Golden Podium trophy, a sculpture made by renowned artist Raymond Moretti. The best sequences will be screened and presented during the awards ceremony presided by H.S.H. Prince Albert II of Monaco in presence of many Sports and Television personalities.

Awards will be presented in the following categories: