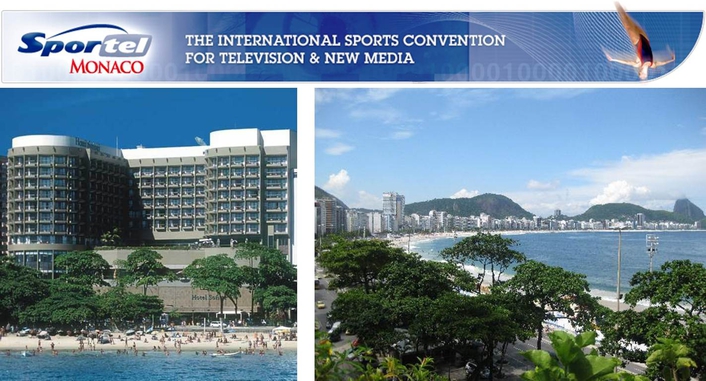 SPORTELRio 2012 will take place 12-14 March in Rio de Janeiro, at the Sofitel on Copacabana
David Tomatis, Chief Executive Officer of SPORTEL, announced today that SPORTEL’s next spring market would be held in Rio de Janeiro in March 2012.

“After 5 successful years in Asia, SPORTEL is moving to Brazil, home of the FIFA World Cup in 2014 and the 2016 Summer Olympic Games. We are pleased to offer our participants a meeting platform in a city to become the world capital of sports, centre of the expanding South American market. It will be the opportunity to network with the industry’s highest level executives, learn about the latest trends and innovations, conclude deals, forge new alliances and more generally pursue your business objectives. We are convinced that all participants will enjoy the world-class luxuries and amenities offered by the SOFITEL RIO DE JANEIRO located on Copacabana !” said David Tomatis, CEO of SPORTEL.

SPORTEL is the leading International Convention for Sport, Television and New Media. For 21 years, SPORTEL has been recognized worldwide as the one must-attend international market for commercial entities, broadcasters, sport organizations or rights holders involved with any aspect of sports programming and sports content across all distribution platforms.

Next SPORTEL event: SPORTELMonaco 2011, October 10-13, will be held at the Grimaldi Forum in Monaco.