Sport Around the World

EMF, the provider for rugby
With its partnership with Canal+ now renewed for the next five years, Euro Media France started broadcasting the rugby season on 27 August (with the Heineken Cup, the French Top 14 and Pro D2 divisions and the World Cup in New Zealand). 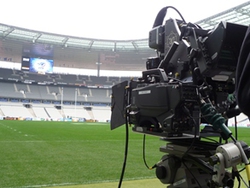 Broadcasting is scheduled every week, with games coming from six French locations: Bayonne, Biarritz, Bordeaux and nearby Bègles, Brive, and the Paris area for the home games of Stade de France and Racing Métro, and all Premium matches will be shown for the Top 14, Pro D2 and the Heineken Cup.

EMF has been chosen by Canal+ to provide the whole feed for every game of the Rugby World Cup in New Zealand.

Based at Sky TV’s facilities at the IBC in Auckland, an audio/video node and a post-production sound unit have been in place since 29 August and will be in use until the end of the World Cup on 24 October.

With the support of its DVS and Symah subsidiaries, as well as ACS (the group’s British subsidiary), EMF can offer on-demand features such as content enhancement for matches (using special equipment, slow motion and graphics).

On the football trail: EMF in Albania and Romania
In the lead in their group, France were back on the road for more Euro 2012 qualifiers, and it was Euro Media France’s XXL1 truck that made the journey to cover the Blues in action against Albania and Romania. 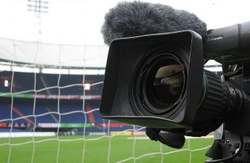 Fifteen cameras covered what turned out to be a great night of football, with Laurent Blanc’s team notching up a win over the Albanians, and 6.2 million fans (or a 29% overall audience share) watching on TF1.

As an historical footnote, the stadium in Tirana was hosting its last match before being demolished; by contrast, four days later, France’s visit to Romania marked the inauguration of Bucharest’s new Stadionul Naţional. EMF took up its place in this brand-new stadium, with capacity for 55,200 spectators (and potential room for expansion to 63,000).

The National Stadium’s construction was modelled on that of Frankfurt (where Euro Media broadcast the international signal for the 2006 World Cup).On board the XXL1, François Lanaud was in charge of the international signal for the Romania v France game, and M6’s exclusive signal for Sportfive. Nineteen cameras were used.The match ended goalless, but featured the commentating duo of Thierry Roland and Jean-Michel Larqué, who hadn’t covered a France match together for seven years.

The match drew 6.2 million viewers, or an audience share of 24.2% out of the whole viewing public. M6 was the channel most watched by the male viewing audience, with a share of 36.8%. France remains at the top of group D, with 17 points, far ahead of Bosnia and Herzegovina, who had the game of the night when they beat Belarus 1-0 at home.

HF team’s Canada mission
The élite of world cycling and the teams that make up Euro Media France’s HF department once again found themselves in Canada, amid glorious sunshine, for the two ProTour races in Québec and Montréal. 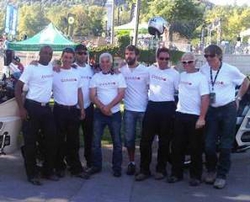 Euro Media France covered the two events for the Serdy group using three cameras on motorbikes, one sound bike and the full set of HF equipment (including relay plane, helicopter footage plus traditional receiving equipment on the ground). 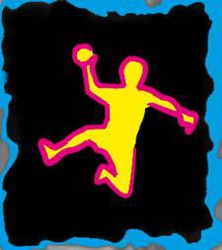 The channel has reclaimed the exclusive television rights for Handball in France. For the D1 French championships, CANAL+ is doing everything possible in order to offer its subscribers premium coverage every day of the championship broadcast on Canal + Sport.

Apart from the use of new technologies (e.g.graphic paint-box) the technical equipment measures up to that used by Canal+ for any of the other sports on its channels.The director for the launch: Laurent LACHAND.

EMF also continues to provide technical equipment for the French football team’s matches and for the Champions League games.