SoundField DSF-2 Mic Reaches Largest Ever Audience in the USA

UK manufacturer SoundField specialises in digital and analogue surround and stereo microphone systems
Jonathan Freed is a US-based mix engineer who has been mixing audio for broadcast for over 25 years. Today he divides up his year working on TV coverage of high-profile US sports events for the major networks, including NBA Basketball when in season, and the seminal fixed point of every American Football fan's week, the weekly networked Monday night TV coverage of big games for the American National Football League (NFL).

Freed is responsible for capturing and sub-mixing all of the pitch-side audio on the Monday night games, and has been miking for 5.1 surround since he first began working on NFL's weekly coverage three seasons ago.

Recently he was introduced to SoundField's DSF-2 microphone and DSF-3 digital surround processor by the company's US distributor Wohler. "I've known about SoundField’s microphones since they were invented, and have always wanted to experiment with one," he comments. "The SoundField capsules have an extraordinarily smooth and wide response, at least equal to the very best microphones I have heard in 40 years of mixing, with a tremendous sense of detail, and the sonic illusion of being located inside the stadium. The front side pickup provides a heightened sense of size and place, while the rear channels pick up a natural and convincing sense of being surrounded by the excited fans in the stands."

SoundField's multi-capsule microphones capture audio as though from a point source, rendering it completely phase-coherent. This is an advantage in 5.1 audio capture; the surround ambience captured by SoundField mics can be collapsed to stereo or even mono for legacy broadcast without introducing any phase artefacts. "Audio from the Soundfield DSF-2 always folds down well," affirms Freed. "I am a fan of coherence where possible, and always arrange my arrays so that my audio will fold down well to mono, stereo, or LtRt. SoundField fits right into that philosophy." 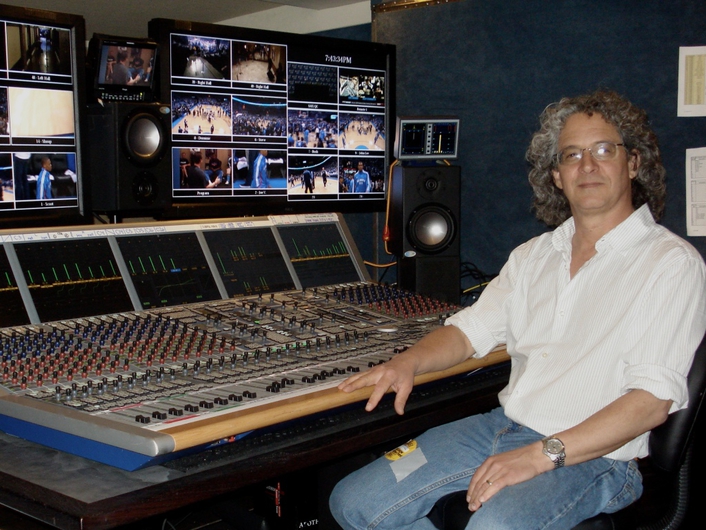 The DSF-2 also wins plaudits from Freed for its ability to be reorientated once rigged, by adjusting the mic's control box. "If you get an unexpectedly loud section of the crowd in, say the right rear of the soundstage, you can tip the microphone away from that area electronically. Before I had the DSF-2, I had to shut off one mic array to achieve the same thing, which could unbalance the sound."

Freed admits that the DSF-2 has added a quality he would not now want to lose. "I heartily recommend that any serious surround audio engineer audition this unique system to hear just how much of a difference it can make, even in an already well-defined surround mic plan. I've seen some very favourable reviews of the sound of the ambient bed on the NFL's Monday night games on-line since I began working with the DSF-2. My favourite comment on the web was, 'I thought somebody had come into the room behind me and was cheering his team on!'