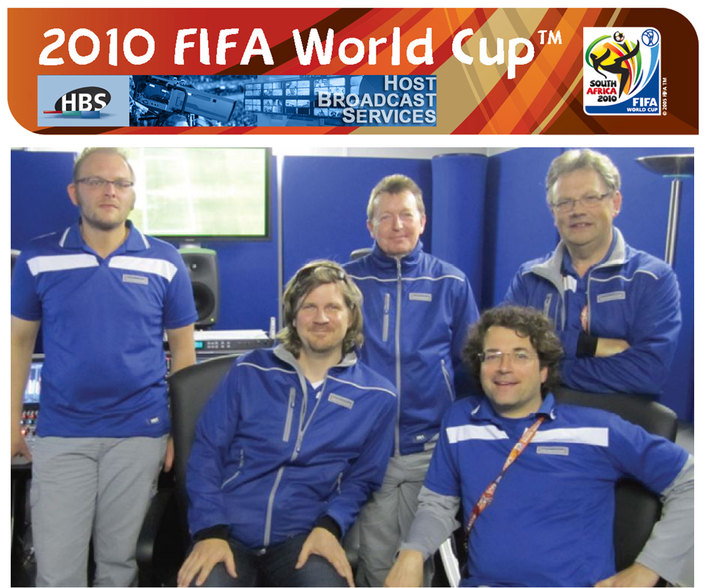 Christian Gobbel, second left, and the IBC Audio Production Team - mixing it up
It is the job of the HBS audio team to provide the aural landscape of each live match in creating an ambient backdrop for commentary and recreating the overall sense of being at the stadium for the viewing and listening public. 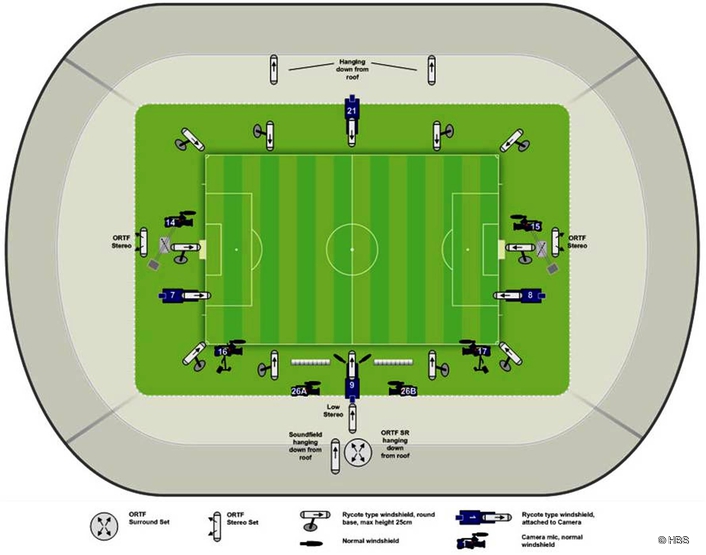 The standard microphone plan features 12 identical directional shotgun microphones (the “in­dustry work horse” Sennheiser 416) arranged around the pitch, Schoeps Super CMIT digital microphones, for increased directionality, dedicated camera-associated microphones, and Schoeps ORTF stereo and surround arrays. “We have strived to achieve consistency,” continues Christian. “From a technical point of view this means using the same mics, audio mixes and equipment, as well as the crews adhering to the same guidelines.”

The microphones and the Headset 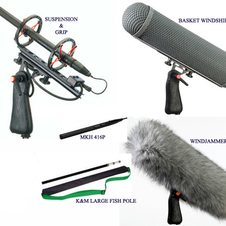 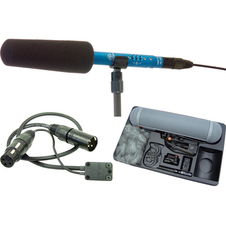 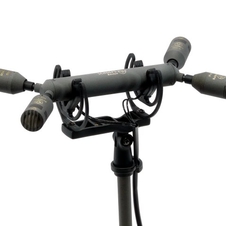 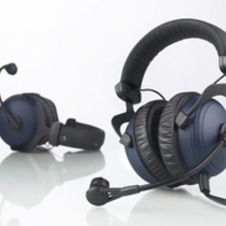 The Audio team, consisting of two Production Sound Supervisors, one Guarantee and one Maintenance Engineer and four technicians at each venue as well as two Quality Control Audio Supervisors, two Sur­round Sound Supervisors and two EBIF Sound Engineers at the IBC, received extensive training before the tournament to ensure that the theory and practical guidelines are uniform. “We spent a lot of time on im­proving loudness-orientated measurements,” adds Christian, “that is measuring loudness at a technical and perceived level to maintain consistency.”

Using newly designed surround arrays to provide an improved spatial sense and more exciting ambience, as well as digital microphone technology to improve pitch-side sounds, such as ball kicks, were part of the aim in helping to create the true audible experience of being inside an African stadium. Of course, there is one other significant element to this FIFA World Cup™ experience, related to the vuvuz­elas. Following the experience of the FIFA Confederations Cup 2009, HBS modified its audio production plan to minimise any disruptions caused by vuvuzelas. In particular, extra ball microphones were purchased and commentator headsets upgraded. “We’ve worked hard with the vuvuzelas,” says Christian, “reaching a good compromise in filtering out some of the tonal component without hurting the overall aural soundscape of an African experience.“ 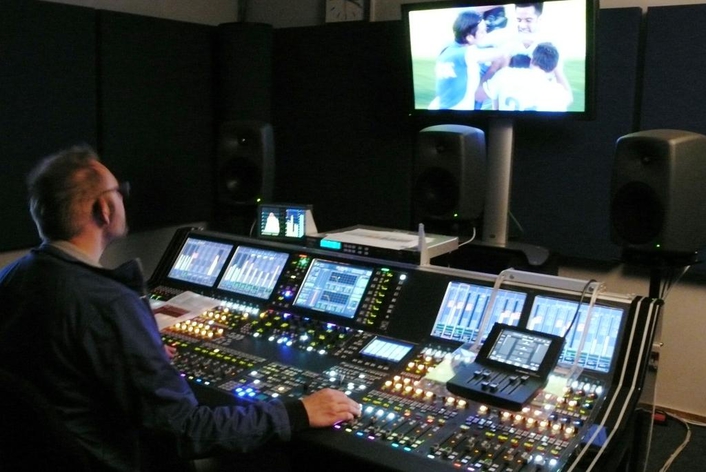