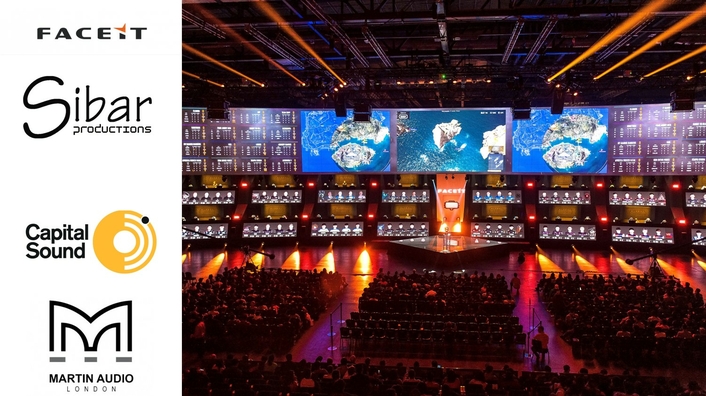 After supporting various Esports Championship Series (ECS) shows at Wembley’s SSE Arena over the last few years, Sibar Production & Design, along with Capital Sound (and their Martin Audio MLA loudspeaker array), moved to the ICC Auditorium at ExCeL for the FACEIT Global Summit: PUBG Classic. FACEIT is the leading competitive gaming platform and organisers of some of the largest esports events in Europe and North America including ECS, Universal Open and the FACEIT London CS:GO Major.

Capital have been regularly contracted to provide the audio reinforcement for such gameplay events by Sibar’s Simon Barrington, but this represented an entirely fresh challenge. According to Capital’s project manager Robin Conway, “it was based on a completely different gaming platform and different team and elimination set-up.

“The space at ExCeL is tricky as was the design, as we needed to work around a 56m wide screen over and above the gaming pods, playing to the full width of the ICC Auditorium.” 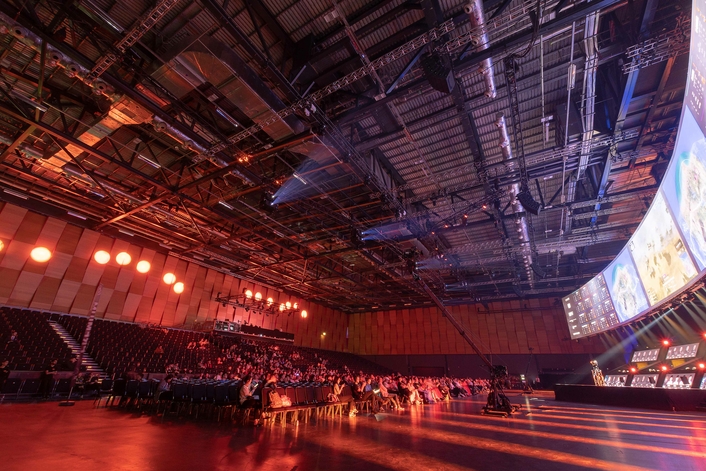 The deployment of Sound Adventures in this scenario was to test whether or not locational gameplay information could be used to enhance the listening experience. With so many players in the game, the audio footage had the potential to be located to a specific playing pod so the audience could understand who or which team they were watching and listening to.

Production had 16 pods set up for the different teams in the tournament, each pod with an ambient mic. These were mapped spatially so that when a team won, production could automatically switch to that team’s mic in the space and give a totally immersive feeling. The same was the case for game audio so that the team that was on screen could be followed spatially, giving a suggestion to the audience of where to look.

After considering his options, he found a compelling reason to incorporate Sound Adventures. “There has been a lot of discussion about immersive and 3D technology recently so of course this was of interest,” he said. “I am always a fan of the Martin Audio loudspeaker systems and wanted to make the same proposal of loudspeaker brand for the shows this year. At the same time, I opened the discussion with Martin Audio about the use of Sound Adventures and the SARA II [rendering engine] within my proposal.” 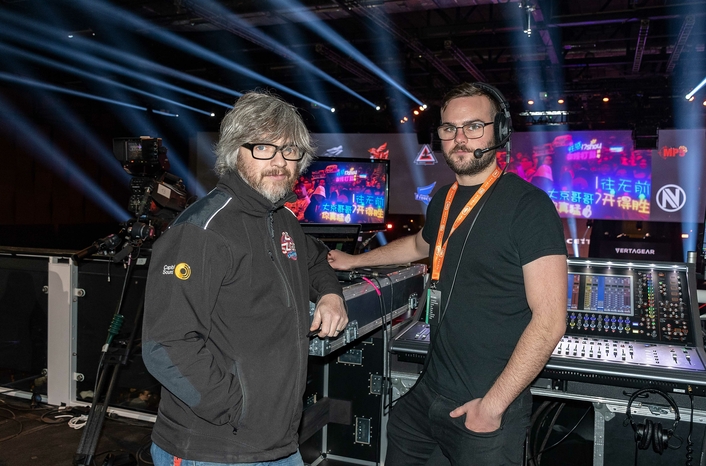 For the sound engineer, the limitations of traditional sound reinforcement have long proven a source of frustration. As more visual elements of live entertainment have been pushed to the fore, audio technology has remained relatively unchanged – until now. SARA II offers a powerful mixing platform for the creation of immersive, full 3D audio experiences.

This was the first experience of this type for all parties. According to Robin Conway, “being browser based, SARA II was very useful as there was no additional software to install. The engine was MADI based so we used MADI to feed into the engine and a Focusrite D64R to convert the output MADI to Dante and feed the Martin Audio PA as we would in a show.”

The final design of the sound reinforcement comprised four hangs of six MLA Compact hangs, flown in a line in front and above the giant curved projection screen, with eight discreet Martin Audio XD12s on individual sends, positioned around the playing booths on stands, while six MLX subwoofers were deployed in two central low-profile positions.

The PA reproduced gameplay audio in line with the visuals, as well as live commentary

Summarising the experience, Robin Conway said, “I would love to use this system again on any show that required it. The Astro is a great tool, and used in the right way, could have amazing results in different applications. 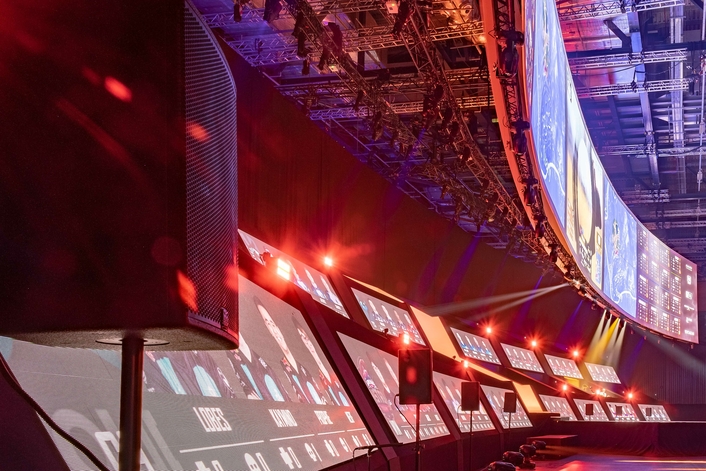 “I see this being something we use again on other FACEIT shows and especially ones where a traditional L/R PA approach is not available to us.”

Gabriel Mailliard added his own endorsement, confirming that the system was intuitive to use. “They’ve got the basics of the control right and there are loads of things to like about operation.
“Once I started to have a proper play with the SARA II rendering engine it was clear there were some very interesting and exciting applications. Overall I would predict that this is the future of immersive audio; the technology behind it is very exciting and the possibilities are seemingly endless.” 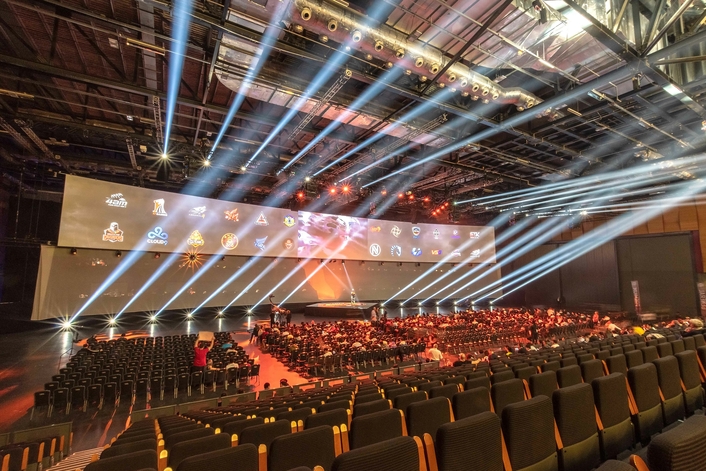 Simon Barrington provided the final word. “Capital’s design for the audio ticked all the boxes we asked for in the tender document. When Robin offered Sound Adventures as part of the package we were really excited by the potential the system had and how the control of it could be integrated into our system. This was a first step in such audio technology for us, but hopefully the first step of many as we embrace the system even more on future shows.

“There has been a lot of really positive response to the audio on this show, and I would love to get the chance to work with the system in a different capacity to see what could be achieved.”