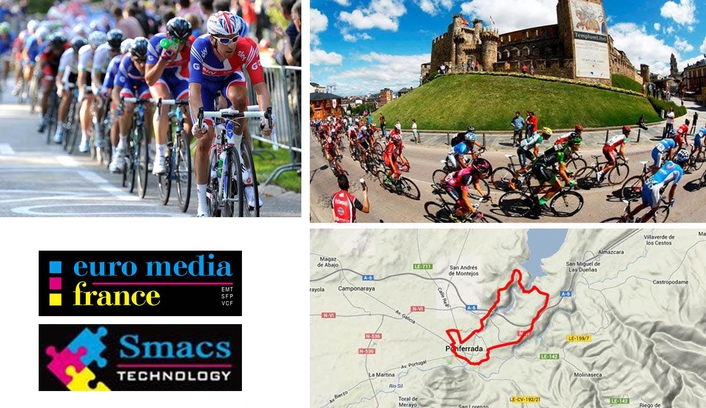 SMACS Technology will be deployed for the first time on the Road Cycling World Championships in Ponferrada 26 and 27 September
For eight days, from September 21 to September 28, Ponferrada will be the cycling capital of the world and one of the key cycling events on the international calendar...

The best riders in all categories, the best national teams will be racing for medals and the prized rainbow jerseys. Throughout the week of the competition around 350,000 spectators are expected to follow the evolution of the events on the ground, and some of the world's leading cyclists are scheduled to take part of it.

For the first time ever in the history of the UCI Road World Championships, selected bikes and riders were equipped with real time location technology and cameras, showing action from inside the peloton during the 8-day event in Ponferrada. 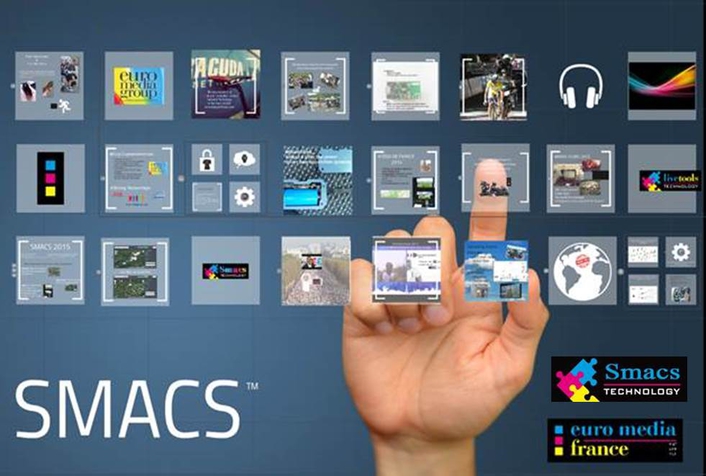 In recent years EMF has developed technology and unique know-how in long-distance transmissions.

EMF's knowledge of the transmission of signals from the race and the capabilities of EMF's new RF systems which are able to transmit high definition pictures simultaneously with audio data flux prompted EMF to examine the possibility of transmitting the information collected by an array of sensors from multiple different sources to bring the athletes and the race even closer to the spectators. 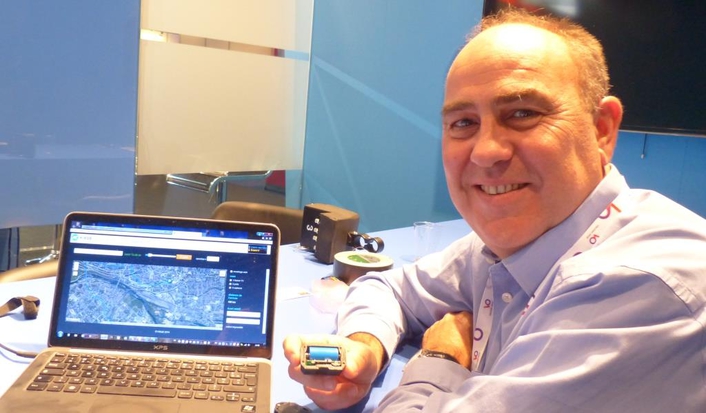 The Union Cycliste Internationale (UCI) was conducting a test of positioning technology in the UCI Road World Championships in Ponferrada, Spain. The aim was to locate each rider at each second, bringing information about the race to life. The UCI partnered with Euromedia for this trial in the 2014 edition of the UCI Road World Championships. The test was experienced on the Women Junior (26 September) and the Men Junior (27 September) events, and the knowledge gained was shared among the sport’s stakeholders.

Action video cameras were also be mounted on a number of bikes in this year’s event, following the success of other tests conducted on UCI road races this year. Shimano was partnering to provide the equipment during the UCI Team Time Trial training, Women Elite (27 September) and Men Elite (28 September). Post production clips were shared with teams, athletes, National Federations and media representatives.

UCI President Brian Cookson said: “The UCI is committed to bringing technology and innovation to the broadcast and fan experience of our sport. This year, as a first, we have supported bringing cameras into the peloton, and the results have thrilled fans. I am delighted we will be bringing this for the first time into the World Championships. I am also very pleased that the UCI is stepping in to support the trials of new innovations that will benefit cycling as a whole, and real-time rider identification and location is an area which has great potential to bring races to life for spectators.”