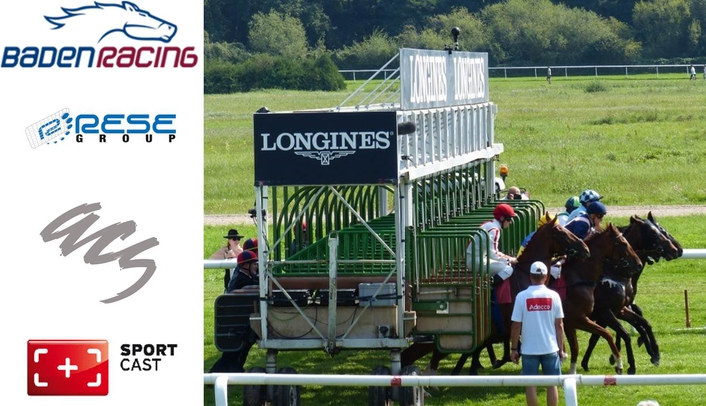 Bringing the emotions of horse racing closer to the spectators
Horse racing in the image quality of the German Bundesliga - to convince TV networks and sponsors horse racing needs to be produced in high definition. Baden Racing together with his partner RESE Group, already self-proclaimed as the supplier of the best pictures in the German horse racing sports, stepped into the future with the first HD production of the Grand-Prix day in Iffezheim.

The horse races during the Grand-Prix day were covered with 12 Grass Valley HD cameras (in addition to the normal 7 standard definition cameras by the REESE Group). Together with Sportcast, the television production company of the DFL (German Football League), racing images were created by a high-speed camera on the final stretch. 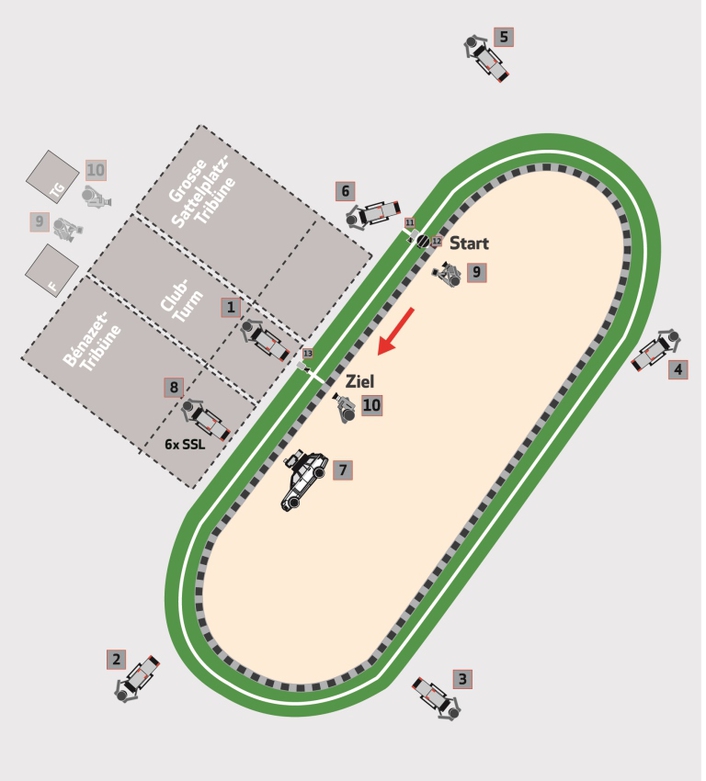 Positioning of the HD Cameras in Iffezheim

One gyro-stabilized camera was actually mounted on the roof of a special off-road vehicle and was travelling at the same speed as the horses around the course. The team from ACS is also filming in Royal Ascot and was hired in London for the event in Iffezheim.  Additional cameras were mounted on cranes. For the parade ring and the spectator areas cameras on Steadicams were used. The TV production at Grand Prix-day represented a quantum leap forward in the coverage of horse racing in Germany. 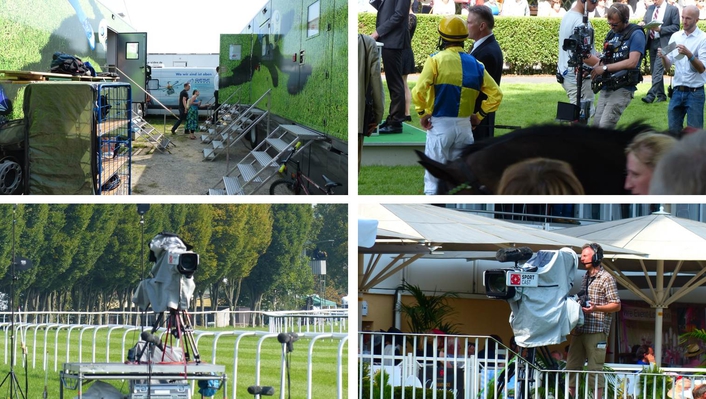 To realize the production several kilometers of cables were distributed to the camera positions around the race course and the antennas for the wireless connection to the camera on the SVU were installed. A total of 45 employees were involved in the production. 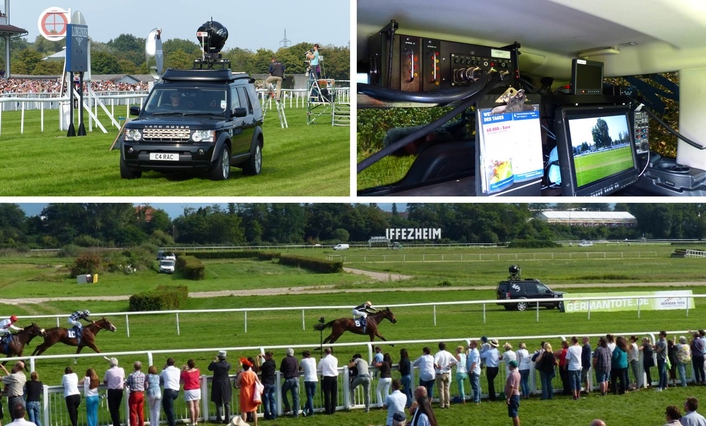 The project was supported by the bookmaker German Tote, Baden Racing and the DFL. Whether the spectators can look forward to a more frequent production of German horse racing in HD in the future, depends on the feedback from the TV stations. The races in Iffezheim were distributed to  ARD (WDR and SWR), ZDF, SKY, CNN, Dubai Racing Channel, Racing UK, EUROSPORT, and Sport 1, all of which were also present with ENG crews. 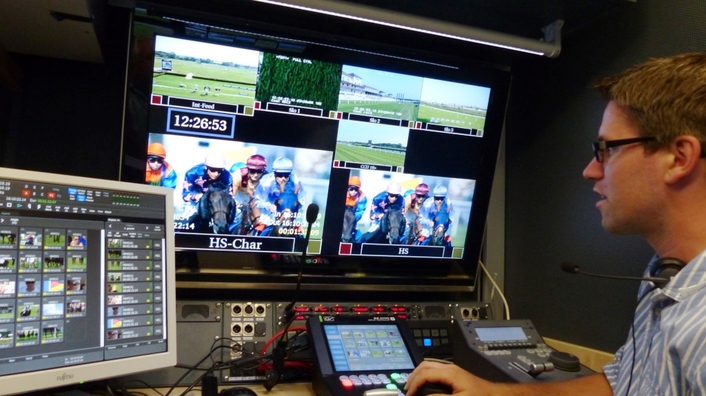 In England, France and Dubai the coverage of horse racing in high definition already is the standard.

However the real sensation was happening on the race course: Sea The Moon finished second.
Together with jockey Filip Minarik the four-year-old stallion Ivanhowe defeated derby winner Sea The Moon. It was the first defeat in the career of Sea The Moon. In the group I race the” Longines Grosser Preis von Baden” Ivanhowe in the racing colors of the stud Schlenderhan  had a promising comeback and won the 250,000 euro race with three lengths ahead. In front of 15,300 enthusiastic spectators Sea The Moon, which had led the race until the middle of the stretch, was coming in second, third place went to the big outsider Nightwish. 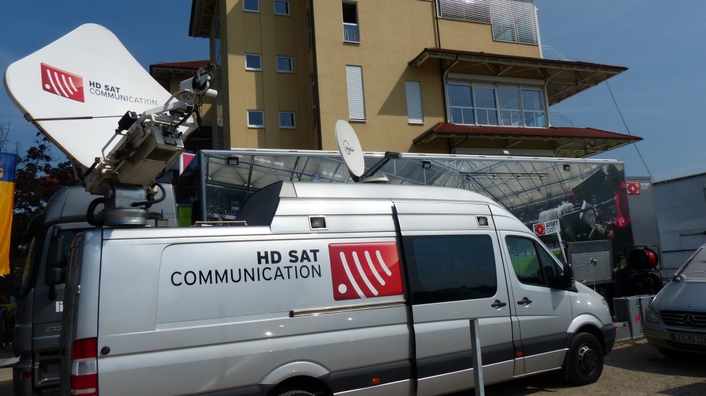 UpLink at the Iffezheim Race Course