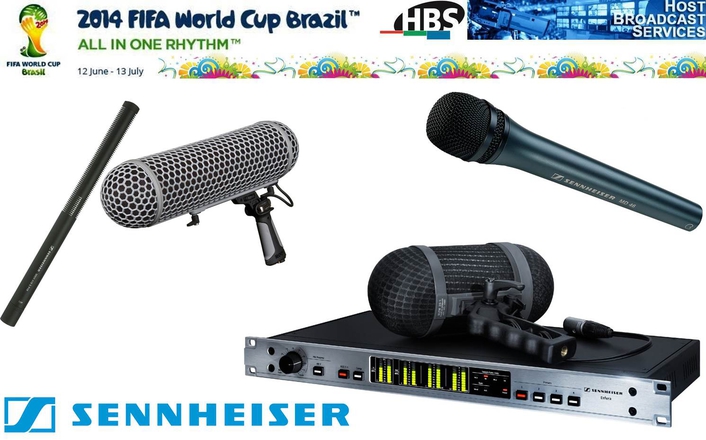 A total of 36 Esfera microphones (SPM 8000) will record the sound in the twelve stadia
When national football teams from all over the world line up to compete for victory in Brazil, several hundred million TV viewers will be watching live and many will be more than happy to stay up all night in order to follow the action. During the tournament, the production company Host Broadcast Services (HBS) will be using wireless and wired microphones from Sennheiser, including the new Esfera surround microphone system, to capture the stadium atmosphere as realistically as possible and to provide the matches with thrilling commentaries and pitchside reports.

Whether sports fans or not, for TV viewers football is set to reign supreme for the next few weeks. For HBS, which has been producing such events since 2002, preparations have long been underway ‑ the equipment and teams required for Brazil have been on-site since the beginning of April, carrying out intensive groundwork in order to ensure smooth broadcasts from the twelve stadia.

In Brazil HBS will, for the first time, use Sennheiser’s new Esfera surround microphone system, which produces complete 5.1 surround sound from the signal of a compact stereo microphone. “For us, high-quality images and high-quality sound go hand in hand,” comments a spokesperson from HBS. “And with Esfera we can create 5.1 sound with ease – even in post-production. Due to their compact construction and the small amount of cabling required, Esfera microphones will be used in a number of areas in the stadia, e.g. in the players’ tunnel, outside to capture the atmosphere and in the Camera 1 position as a fail-safe for 5.1 surround sound.” A total of 36 Esfera microphones (SPM 8000) will record the sound in the twelve stadia; in the International Broadcast Centre, two Esfera processing units (SPB 8000) will then be used to produce 5.1 sound from the stereo signals.

A total of 24 plug-on transmitters from the 2000 series will be used for wireless boom microphones and for spidercam-mounted MKH 8060s. Every camera team will also have a wireless reporting set (EK 2000 camera receiver and SK 2000 bodypack transmitter with MKE 1 clip-on microphone) and a wired MD 46 reporter microphone at its disposal. The audio signal will be monitored via HD 25 headphones. 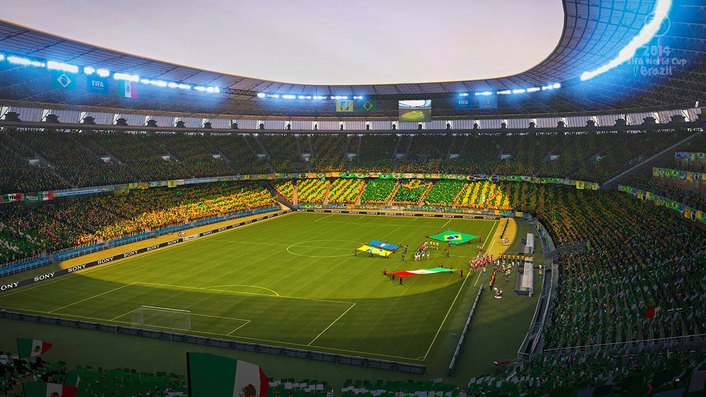 Team and match news
Of course, background reports about the teams and other stories from Brazil are a vital element too. To this end, HBS has also put together additional wireless packages for reporters: 40 wireless reporting sets with technology from the 2000 series will provide crystal clear sound transmission (EK 2000 camera receivers and SKM 2000 handheld transmitters with MMD 935 microphone heads), while 40 talk-back links will enable reporters to maintain contact with editorial staff (SK 2000 transmitters and EK 1039 bodypack receivers with HD 25 headphones).

Wolfgang Guse, Sales Director Professional Systems at Sennheiser Vertrieb und Service: “The demands regarding broadcasting from Brazil will be very high – image and sound quality must be excellent. We are delighted that HBS has been working with us for such a long time and has again, in Brazil, chosen to rely on our high-quality products.” 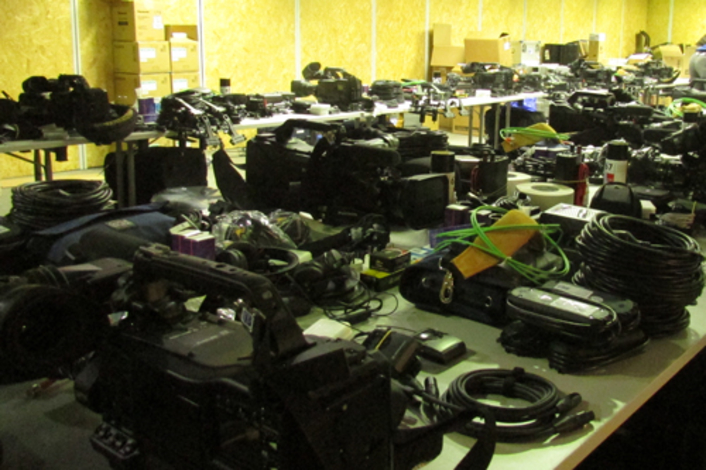 A full ENG Centre, before the equipment was collected and taken out on the road