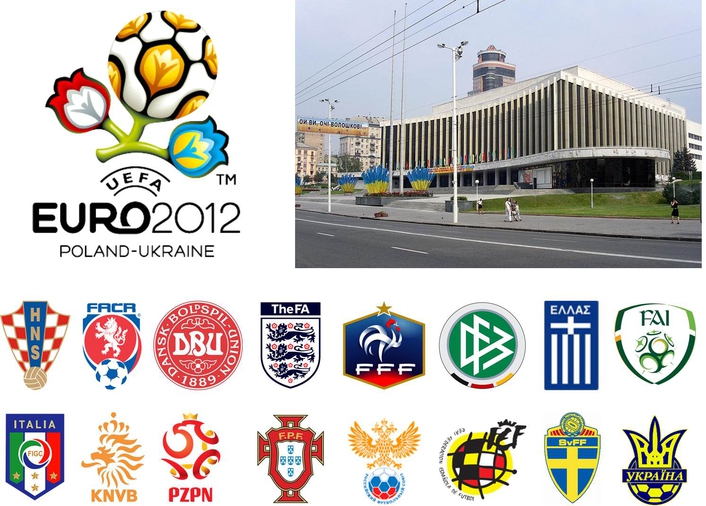 Draw ceremony conducted under the theme of “Creating History Together”
Following the completion of the UEFA EURO 2012 qualifiers, UEFA today announced the seedings to be used for the Final Draw, taking place at the Palace of Arts in Kyiv, Ukraine, on 2 December at 19:00 local time (18:00 CET).

The 16 teams that will participate in the final round of the UEFA European Football Championship 2010-12 will be divided into four groups of four teams each (Groups A to D). Four seeding pots will be created for the purpose of the draw, with the host associations Poland and Ukraine being top seeds: Poland as A1, Ukraine as D1.

The reigning champions Spain will be placed in Pot 1, together with the Netherlands, the team with the highest national team coefficient, as established at the conclusion of the playoff matches (click here for the final rankings).

The remaining 12 teams have been allocated to the remaining three pots according to their respective coefficients.

The draw will start with Pot 1 in order to fill position one in groups B and C. The draw will continue with Pot 4, from which a team will be allocated to each group consecutively, from Group A to Group D. This procedure will then be repeated for Pot 3 and finally for Pot 2.

The position of each team within its group (2, 3 or 4) will also be determined during the draw.

UEFA General Secretary Gianni Infantino will conduct the draw, and the ceremony will be hosted by Olga Freimut and Piotr Sobczynski – two famous TV presenters in the host countries of UEFA EURO 2012. The show will include three entertainment acts: the P. Virsky Ukrainian National Folk Dance Ensemble, Ukrainian singer Jamala and a surpriseinternational artist.

Furthermore, and supporting the motto “Creating History Together”, UEFA has invited legendary players from all previous editions of the tournament to participate in the show. In addition, the official match ball of UEFA EURO 2012 will be unveiled during the ceremony. The draw will be shown live by more than 70 broadcast partners, covering more than 150 territories around the world.