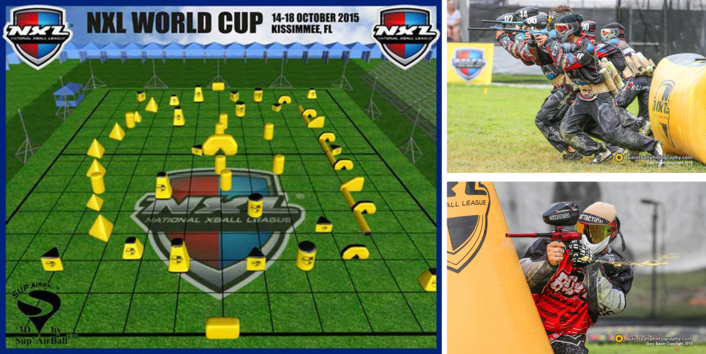 "For the Great Lakes Open, we had about a month, starting from scratch, to put together an entire mobile production environment including switching equipment, cameras, replay, and live graphics. After researching graphics providers and speaking with other ChyronHego customers, Lyric PRO was the quick and obvious consensus," said Brett Casadonte, executive producer, director, and cinematographer at Casadonte Productions. "Lyric PRO has a reputation as a solidly engineered, high-performance graphics engine that shortens cycle times and delivers high production values — exactly the qualities we needed for our live paintball coverage. And not only was ChyronHego able to deliver a fully configured Lyric PRO system within our deadline, but the company is so well-established and respected that we had no trouble finding skilled Lyric PRO operators in the Dallas market to help us get up and running quickly."

Following the success of Lyric PRO and Graffiti for the Great Lakes Open and a second tournament in Virginia Beach, Virginia, Casadonte Productions expanded the solutions' capabilities for the World Cup. During each World Cup match, Lyric PRO generated an on-screen score bar. User-created macros in the Graffiti character generator allowed for rapid score bar updates to show up-to-the-second data including scores and "hit" status for the five players on each opposing team.

Also for the World Cup matches, the production began using ChyronHego's SHOUT™ social media editor to display Twitter comments from fans during the live paintball action. Moving forward, this capability will be expanded with content from Facebook and Instagram.

"In live paintball action, the points go very quickly and 'hits' happen fast. Accelerated by Lyric PRO and Graffiti's macros, we're able to generate on-screen, real-time graphics that make matches more spectator-friendly and easier to follow for our webcast viewers. And we're excited about making greater use of the SHOUT tool to incorporate more social media elements and make the coverage even more interactive," said Sina Azmoudeh, vice president and executive producer of Go Sports. "With 300 teams competing, 4,000 fans in attendance, and a huge audience for the webcasts, this year's World Cup was the largest ever. ChyronHego solutions have enabled us to deploy better and more compelling on-screen graphics than at any other time in the history of professional paintball."