Schladming is Ready for the FIS Alpine Ski World Championships 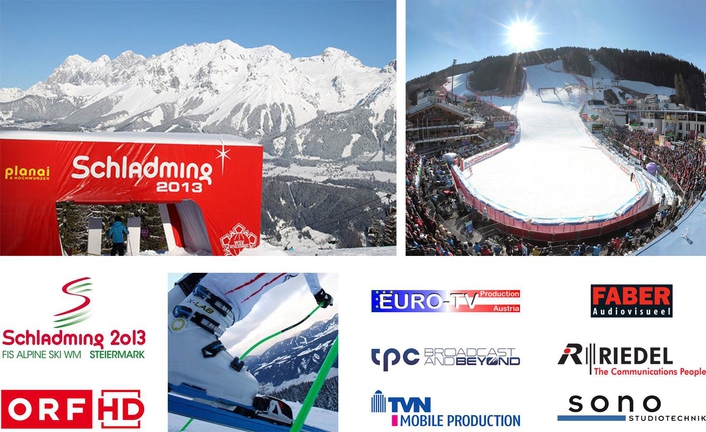 .
From February 4th through 17th 2013 the focus of international ski competition shifts squarely to Schladming. During the 14 days of the FIS Alpine Ski World Championships, a total of 400,000 visitors are expected. In eleven different competitions with a field of around 450 athletes from 70 nations, 33 medals will be handed out. Over 3,000 media representatives from around the world will provide comprehensive coverage.

The host broadcaster ORF has commissioned sono Studiotechnik GmbH, Munich to build and to operate the master control room (MRC) at the IBC (International Broadcast Center). For all the fiber optic connections between the IBC, the Planai (the competition area) and the medal plaza as well as for the intercom sono has sub-contracted Riedel. 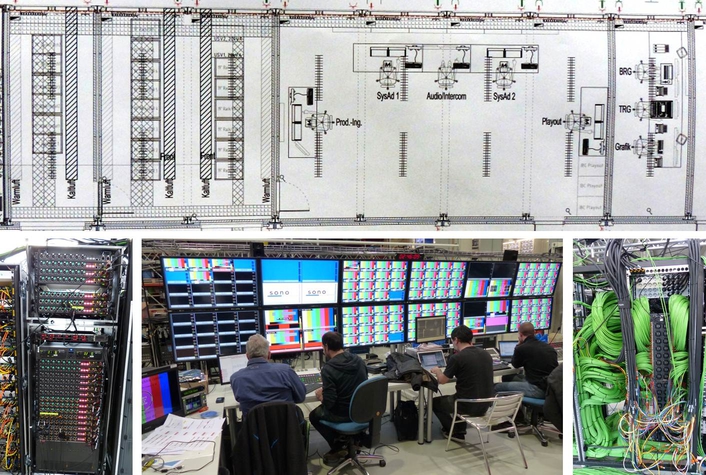 Riedel supplies the entire fiber backbone of the signal distribution for the production of the international TV signal. The backbone is a real-time media network and consists of 42 MediorNet mainframes of 60 RockNet mainframes. During the FIS Alpine Ski World Championships about 160 HD video, 200 audio signals, all networks and intercom connections are handled. The intercom matrix consists of three Riedel Artist frames. Riedel is also responsible for the necessary RF communication during the TV production, the Audi shuttle service and the opening ceremony. In addition, Riedel provides the video downlink from the Helicopter and the wireless connections to the two Cam Cat routes. Riedel is on site with its trained support and service staff. Some of the international broadcasters and service providers have additional rental contracts with Riedel. And for the Opening Ceremony Riedel supports the Dutch event specialist Faber Audiovisuals with a RockNet installation.

"We collect the signals of the two HD OBVan which are responsible of the production of the international signal and distribute them to all the rights holding broadcasters. We also manage the all unilateral Bookings via the IBC”, explains  sono CEO Gottfried Düren. In addition to the technical installation and operation of the MRC within the IBC sono also responsible for the fiber connections between the production locations "Planai" and "Medal Plaza" and the IBC as well as the set-up and the operation of a 3-camera fly pack for the coverage of the press conferences. For signal distribution sono relies on four Harris Platinum routers. The router at the IBC is equipped with 320 in- and 512 outputs. The entire signal distribution is handled  by a VSM controller from L-S-B. The multi-viewer and the modular equipment is also Harris gear. Signal processing is carried out via a Harris Selenio platform with up / down / cross converters, however also some Alchemist converters from Snell are installed. Guntermann & Drunck has delivered the KVM matrix.

"The whole system we control centrally from the IBC with one VSM controller.  Connected to the system are around 40 control panels. The configuration of the system made by sono in close coordination with the ORF", Düren says.

The Austrian production company Euro-TV was commissioned by ORF to produce the international TV signal. Euro TV partnered with TVN Mobile Production from Hanover and tpc – technology and production center from Zurich. TVN is present with its Ü2HD and tpc with its HD-1 at the Planai TV compound. 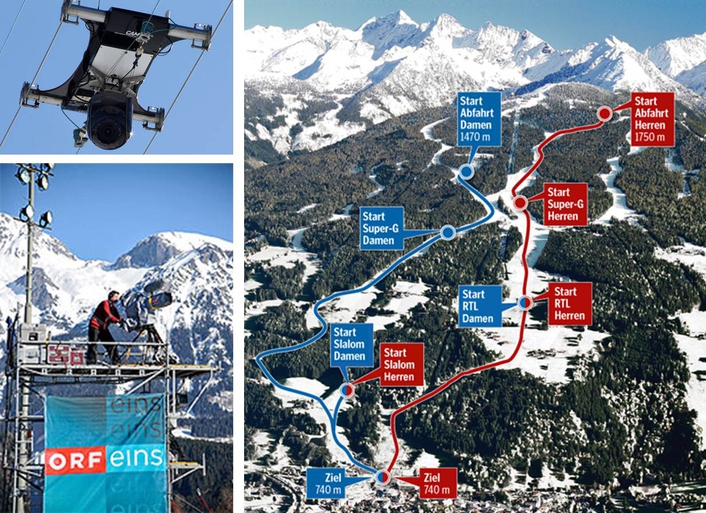 For the realization of the project Euro-TV has 143 employees on location including 40 cameramen. 94 cameras are installed on the various slopes including two Cam Cat rope systems, Steadicams, Polecams, five SuperSloMo and two UltraSloMo cameras. "The FIS Alpine World Ski Championships 2013 is one of the biggest TV broadcasts of all times and we will try to cope with this high expectation", Euro- TV Manager Günther Polder emphasizes.