SC Freiburg Fans Get Closer To The Action With Blackmagic Design

.
German Bundesliga team, SC Freiburg, has upgraded its Mage Solar Stadium’s broadcast capabilities to full HD to help its fans get closer to the action on the pitch. The system is built around Blackmagic Design’s ATEM 2 M/E Production Switcher, ATEM 1 M/E Broadcast Panel and Compact Videohub, which are used in the production of live content for the team’s in stadium television channel.

At the core of the live event workflow is a Blackmagic Design Compact Videohub, sourced from reseller Teltec. The 40x40 video router handles signal distribution across the stadium’s existing fiber network, which was also updated as part of the upgrade with an additional one kilometer of optical fiber cabling. The router currently takes ten video sources into the ATEM 2 M/E Production Switcher, which is used to produce two almost identical programs for the club’s television channel; one sent to the giant LED screens in the stadium and the other to more than 100 HD televisions throughout the stadium’s refreshment areas and VIP hospitality suites.

On match days, the production team takes a clean match feed from Sky, which is produced live from an OB van outside the stadium by Sportscast. Two HD-SDI cameras in the stadium are also connected by Blackmagic Design Mini Converter Optical Fibers to the studio, and provide the production team with coverage of the prematch entertainment and post match press conference with trainers. 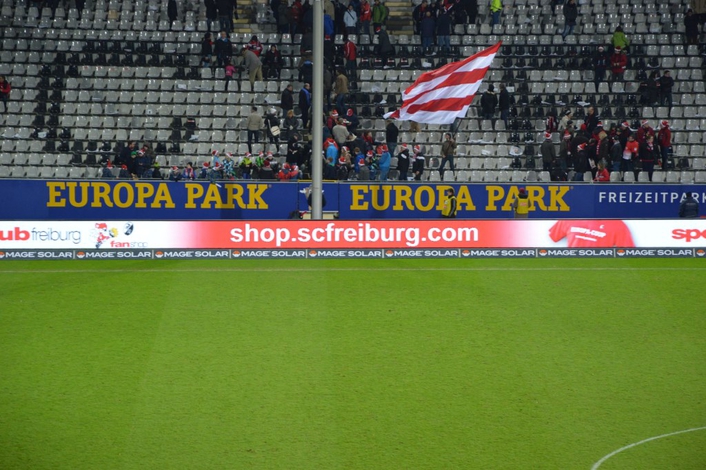 AOTO LED Displays with content from the production switcher

Additional content for the TV channel includes prerecorded warm up programs and a summary of the other Bundesliga action happening that day, combined with adverts from match sponsors. Prerecorded content is stored on a pair of Blackmagic Design HyperDeck Studio SSD broadcast decks, which are also used to capture the match day analysis for archive purposes.

“It was a natural progression for us to increase the number of Blackmagic products, as we looked to upgrade the broadcast facilities in the stadium, following the success of the digital signage solution. The studio gives us a flexible and reliable resource that ensures our fans are getting the very best quality content before, during and after each match,” explained Rolf Müller, IT manager at SC Freiburg. 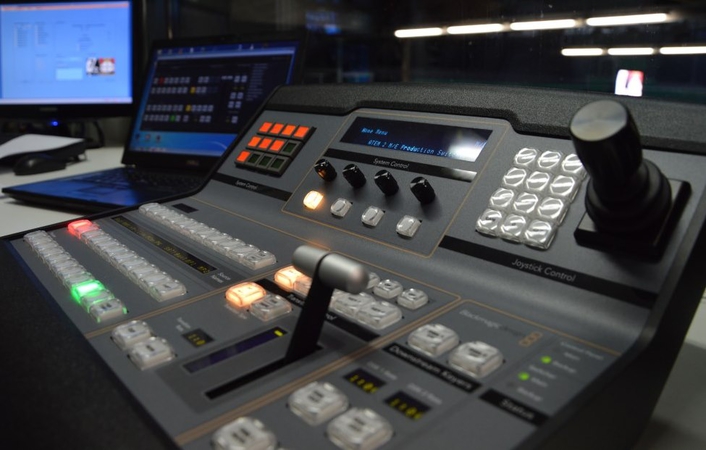