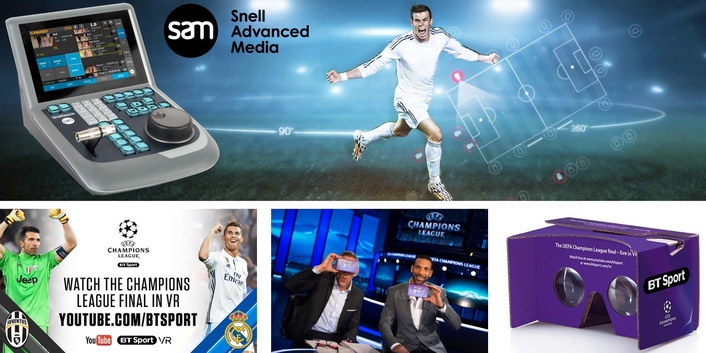 Snell Advanced Media (SAM) today announced that BT Sport has used its LiveTouch replay and highlights system for its first ever 360/VR UHD production of the UEFA Champions League final on Saturday, June 3, 2017.

For the UEFA Champions League final, the LiveTouch system handled all the live UHD 360 VR replays for the broadcaster’s dedicated VR app and the BT Sport YouTube channel. BT Sport also produced a world version of the curated 360 VR feed for other broadcasters on behalf of UEFA.

4K UHD feeds were delivered from 12 Nokia Ozo 360 camera rigs, featuring eight lenses each, to BT Sport’s dedicated 360 VR mobile truck on site at Cardiff’s National Stadium. Three LiveTouch servers were used together with inter-server streaming as a 10 in/2 out UHD configuration. The sources were accessed from a single LiveTouch Panel during the game providing instant replay, highlights and playlists from any 360 VR source. File-based UHD 360 VR highlights were delivered in twice realtime during and after the event directly to NAS storage using SAM’s Fileflow transcode and delivery workflow engine. The LiveTouch replay workstation also offered a complete craft editor offering a powerful creative toolset unique to LiveTouch.

Jamie Hindhaugh, BT Sport COO, commented, “In line with our editorial vision to be at the very heart of sport, BT Sport is committed to delivering the best experience to our viewers, making our content as compelling and immersive as possible. Our live 4K VR 360 production with specialist graphics, commentary and instant replays enabled us to take our customers right into the National Stadium of Wales to the best seats in the house. We were really delighted with the way the LiveTouch workflow delivered on the day.” 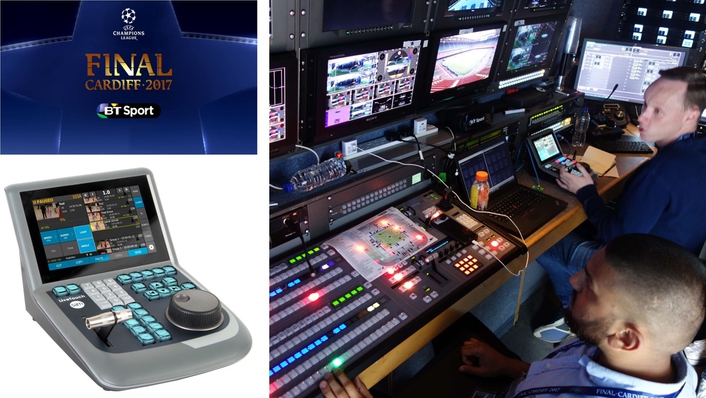 Neil Maycock, EVP and General Manager, Media Software Solutions, SAM added, “We are very proud to have been chosen by BT Sport to support its evolution into live 4K 360 VR sports coverage and to be involved in such an important milestone. LiveTouch was built from the ground up to be fast, intuitive and responsive as well as robust enough to deal with the pressure of the live sports environment, all while handling any resolution content and supporting more cameras than any other system. This capability really came to the fore with the UEFA Champions League final.”

SAM has the vision to deliver business-transforming solutions across the media production ecosystem. Our future-ready systems enable broadcasters, content owners and service providers to evolve their business models to succeed in the consumer-driven era. We understand that it’s not only about the future – to get there, today’s needs are also paramount; our smart, agile technology maximizes efficiency and productivity in today’s rapidly changing media landscape.