The 2016 BNP Paribas WTA Finals Singapore tennis tournament was presented by SC Global and staged at the Singapore Indoor Stadium in Kallang over a seven day period at the end of October. Over 100 Robe moving lights illuminated the court as part of a lighting scheme designed by Michael Chan and Tom Langridge. While Tom ensured that the court was lit specifically for the TV cameras and special requirements like slomo, Michael looked after lighting for the Opening Ceremony and then for general ambience and effects lighting throughout the schedule of matches, including creating WOW-moments for the player entrances.

To assist with this he used 40 x BMFL Spots, 40 x Pointes and 21 Robe Squares, all supplied to the event by The Show Company, together with other moving lights and LED PARs mostly rigged on trusses in the roof.

Eight of the Squares – a 5 x 5 LED matrix of 25 individually mappable pixels with five independent zooming layers and continuous pan-and-tilt rotation – were rigged on four trussing towers both sides of the main player’s entrance … and used to ramp up the excitement as the players entered the court, looking great on camera and live.

The other 19 Squares were on a circular truss in the roof, trimmed at about 15 metres above the tennis court and utilized for the opening ceremony together with the BMFLs and Pointes.

The OC was a 15 minute entertainment show starting with a lighthearted house-keeping segment by ActiveSG kids, followed by a 4 minute dance presentation by the Jeffrey Dance Academy, choreography by Jeffrey and Ryan Tan for which a 4 sided 10 metre tall by 5 metre wide projection screen was dropped into the middle of the court via double Kabuki.

The Kabuki cloth dropped to the floor for a dramatic reveal of singer Sophie Beem and her two dancers inside. Beyoncé prodigy Beem performed her song "Girls will be Girls" which also featured 80 dancers from the Jeffrey Dance Academy.

The OC ended with a simple ceremony and rousing rendition of the Singapore national anthem.

This event was the first time that Michael had used the Squares on a show, although he had been wanting to try them for some time. 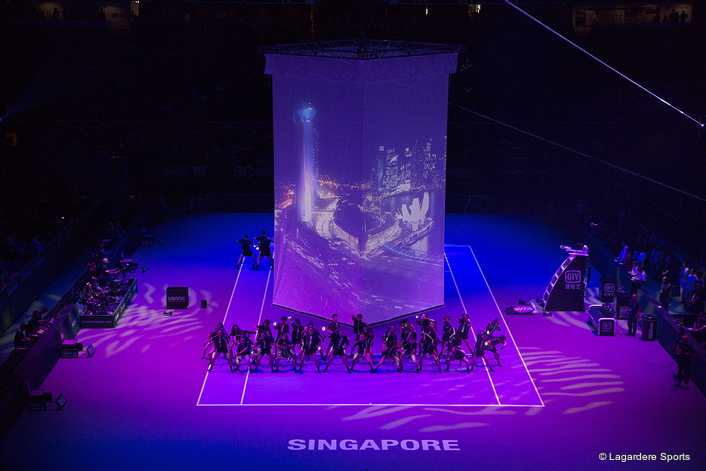 They brought “a completely new and different element to the lighting” he declared, particularly with the 360 degree rotation which was extremely dynamic and helped create looks and effects that “simply would not have been possible using more traditional fixtures”.

On this occasion, he found pixel effects the most useful Square feature together with the fact that the fixture can ‘double’ as a powerful LED wash source as well as impressive eye-candy”. 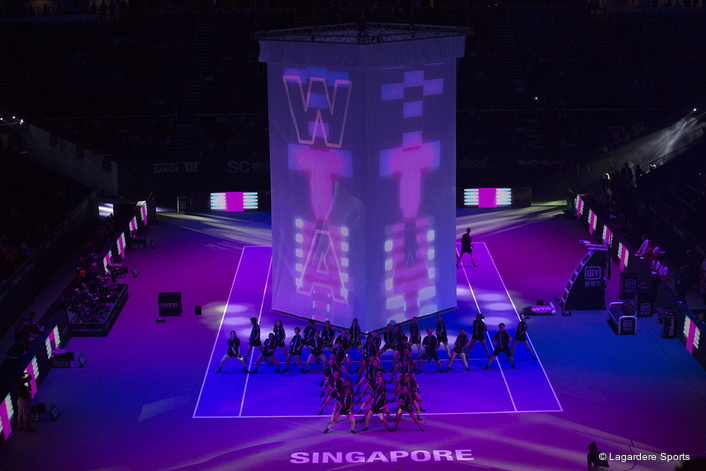 The biggest challenge for him in lighting the WTA event was in the re-planning and production and working around all the players’ practice sessions with only a week on site and only a few hours per night for programming - a task he completed with colleague Darran Kwok from Show Company - and rehearsals. 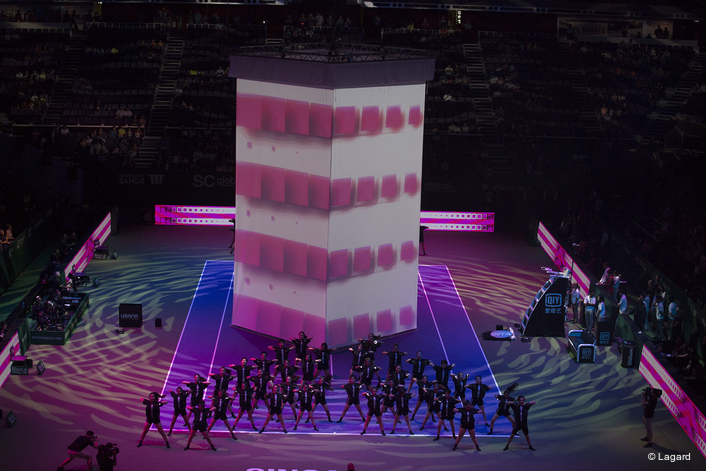 Michael has used Robe products for some time over his 15 year career as a lighting professional he explains, recalling the early years of Robe’s first flagship product, the ColorSpot 1200E AT which was followed by the 700 series, another favourite during its era.

He thinks Robe has progressed in “leaps and bounds from the early days to become a market leader”, with the BMFL series being one real “game-changer” along with the Pointe, launched in 2013, which effectively offered four fixtures “a very good spot, beam and wash light - plus effects - in one small housing”. 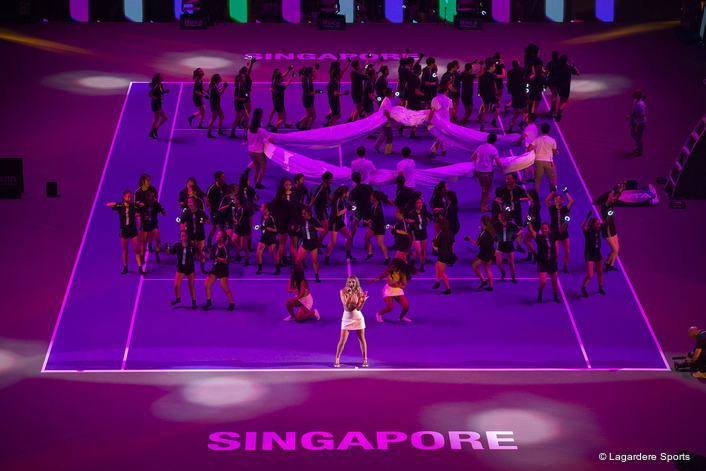 He also likes the DL series, Robe’s elegant theatre grade LED luminaires designed for performance applications and sums up “I’d have absolutely no problem using an all Robe rig with all these great choices available”.

The 2016 WTA Finals tournament was contested by eight singles players and eight doubles teams with Slovakian Dominika Cibulková beating top seed Angelique Kerber in a nail-biting finish to be crowned the 2016 singles champion. 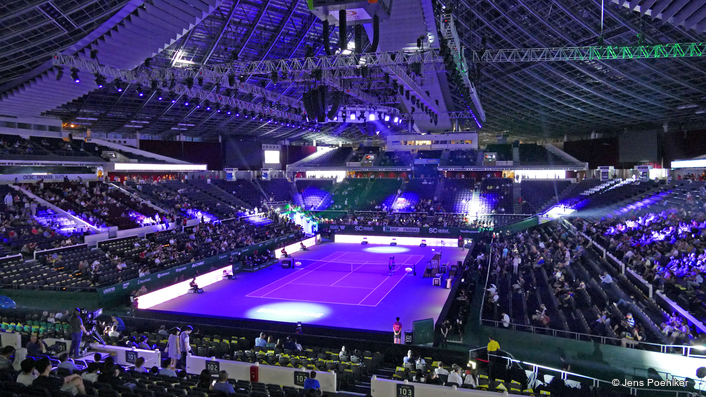 Michael Chan is a freelance lighting designer and programmer based in Singapore and working throughout Asia. He has had a busy couple of years, working as a programmer for Mac Chan (no relation) for the 2015 SEA Games Opening and Closing ceremonies and was also LD / programmer for the ASEAN Para Games staged at the end of 2015.  Also In 2015, Michael designed lights for the official opening of the Sports Hub, a state-of-the-art, fully integrated sports, entertainment and lifestyle hub. The OC event was held in conjunction with Singapore Youth Day, Youth Celebrate! in the 55,000 capacity National Stadium which is within the Sports Hub.

Beatrice Chia-Richmond approached him to light the WTA OC after they both worked on the 2016 Singapore National Day Parade in August.