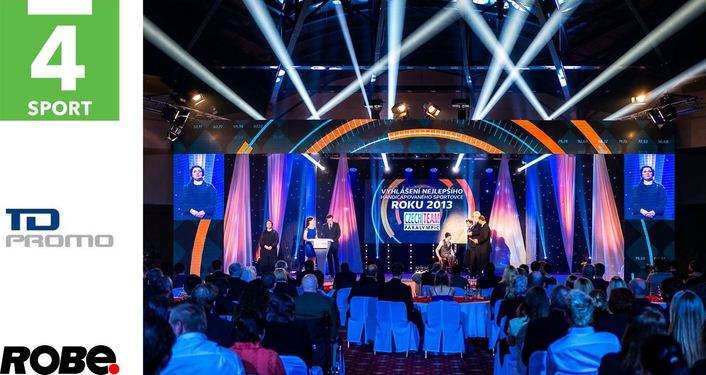 .
Five times world champion deaf skier Tereza Kmochová was awarded the title of the Handicapovaný Sportovec Roku 2013 (Czech Paraplegic Athlete of the Year) during a high profile event staged at the Top Hotel in Prague, Czech Republic in April.

The annual event was broadcast on CT4 Sport, Czech national TV’s dedicated sports channel, attended live by 400 VIP guests and lit by Pavel Jelinek using Robe Pointes and LEDWash 600s. These were supplied, together with other lighting equipment, by Prague based rental company, TD Promo.

Jelinek worked closely with Director of Photography Filip Havelka – the two have collaborated on this show for several years, and Havelka also designed the stage set. 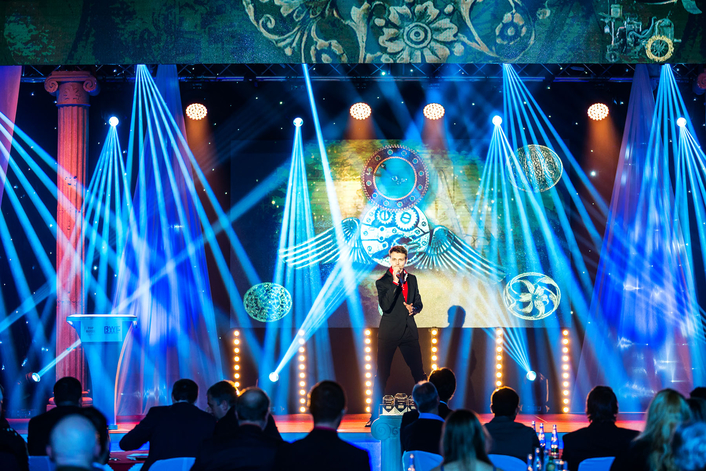 As well as the Awards presentations, the show – presented by Ivana Chvatalova and Jakub Bazant – featured live performances by Czech singers Kamila Nyvltova and Josef Vagner, so the call was for a flexible set up on the lighting.

They needed plenty of strong and effective key lighting for the presenters and award winners and the capacity to produce nice looking effects both on camera and for the live performances. They also had to keep to a relatively tight budget, and working in the hotel’s ballroom which was challenged for stage space!

The multi-functionality of the Pointes was really maximised for the hour long programme. They were used to highlight the singers and presenters, for numerous effects and also to cut through from the back and stand out against the LED screens upstage and either side of the compact stage.

Jelinek likes the huge zoom on the LEDWashes, the RGBW colour mixing, the crisp clean colours the unit produces and the ability to control the individual LED rings. In the Pointe, he also appreciates the zoom (2.5°-10° when in beam mode and 5° – 20° in spot mode) and the popular prism and frost effects. 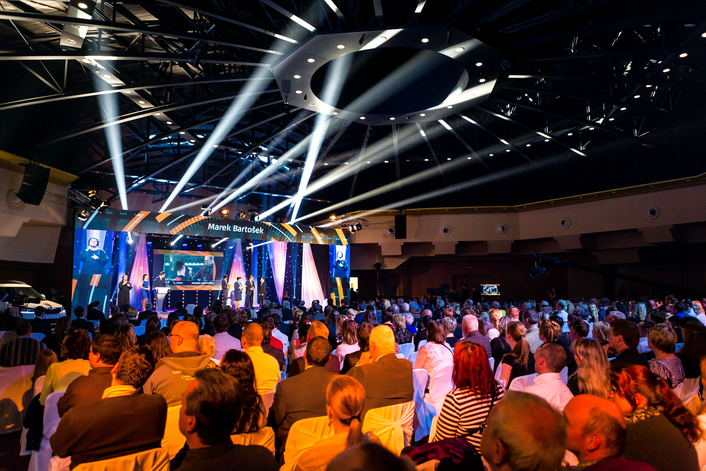 He has been using Robe products in his work for some time. “I generally like the great light output, the low power consumption and of course the light weight, which is a great asset in any application”. He also likes the multi-functionality of Robe fixtures which enhance their potential use.

Second place in the voting for this year’s Handicapovaný Sportovec Roku – selected by fifty experts - was deaf target shooter Marek Bartošek and third place went to cyclist Jiri Jezek, winner of the title for the previous two years.

Ligabue Gets Lucky with Robe
Robe To Light up Sky Flower at VIVID Sydney
Robe Is Bright & Beautifu...l for Miss Slovakia 2014