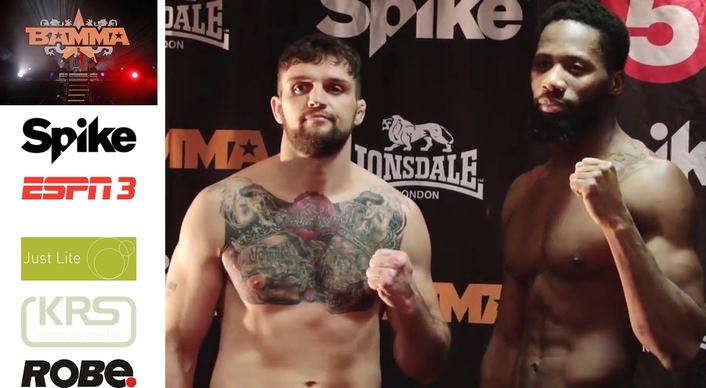 Irish rental and production specialist Just Lite delivered full technical production, including lighting equipment and design, for BAMMA 24 working for production manager Sven Knight and his team from KRS. The mixed martial arts tournament was staged in 3 Arena, Dublin, and broadcast live on Spike (UK) Channel 5 in the UK and Ireland, ESPN 3 in the US plus numerous others worldwide as well as streamed live via main sponsor Lonsdale’s Facebook.

The Just Lite team, led by John McGuinness and working closely with LD Andrew Harris had to light the action for camera as well as the charged large live audience packed into 3 Arena, which they did with the help of over 70 Robe moving lights – a combination of BMFL Spots, Pointes, ColorWash 1200E ATs and LEDBeam 100s.

The lighting design for this BAMMA event was developed by John and Andrew - the lighting operator for the last 3 BAMMAs in which Just Light has been involved - based on an octagonal shaped truss flown above the fight ring which enabled them to fully optimise the required light for that crucial area.

All 11 BMFLs were placed around the screen ‘behind’ the fight ring and on the floor beneath it and used to blast the audience with massively bright beams and gobo breakup looks, which were a perfect ‘ZAP’ effect on camera.

John first specified BMFLs for BAMMA 22 because Just Lite had added them to their hire stock and they ended up being a perfect solution for Andrew to use just outside of the stage area. 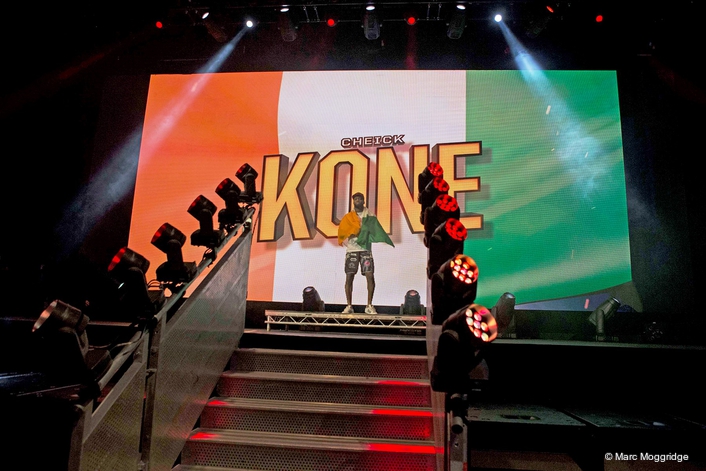 The 24 Pointes were placed on all edges of the octagonal truss and above the screen and were also used for gobo washes and beam effects into camera and audience. The small size and huge versatility of the fixture made them an easy choice!
The ColorWash 1200E ATs were used on one of the previous BAMMA shows and worked extremely well.  LEDWash 600s have also been used for washing the ring, depending on availability and Just Lite’s busy schedule. On this occasion, and with the company having a large stock of these veteran Robe workhorses, the ColorWash 1200E ATs were used for this one and are still a personal favourite of Andrew’s. 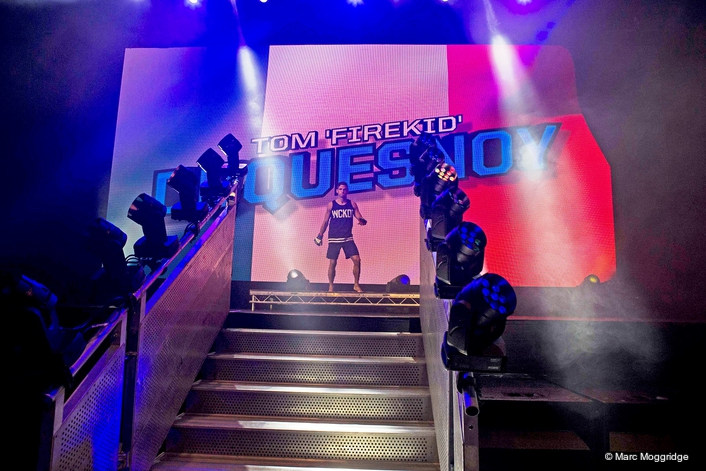 The little LEDBeam 100s were rigged on the walk-down steps used by the fighters to enter the ring. Their small tight piercing beams were great for visual eye-candy.

Andrew supplied his own Compulite Vector control console to run the lighting, and operated the show from side stage, with one of Just Lite’s Sapphire Touch’s as a backup and technical console.

The man challenge of lighting a BAMMA event is achieving the even spread of light in the ring and the fine balance for cameras and live audience. “We had a great team on it who rigged and focussed very quickly and efficiently in a tight timescale under Andrew’s instruction,” comments John.

For John, one of the most enjoyable elements of lighting this BAMMA was being able to achieve the vision of TV director Ashley Bothwell from the outset, using the large LED screen, lighting, audio, set, staging and special effects. He adds that they also all enjoy a great working relationship with Sven. 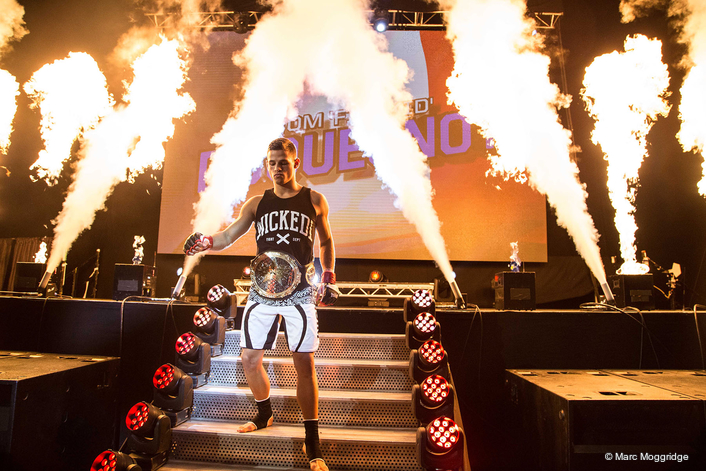 Dublin based Just Lite now has 32 x Robe BMFL Spots in stock and are expecting delivery of recently ordered BMFL Washes in time for the summer. Added to their existing Pointes, LEDWash 600s and others, their total Robe stock is well over 300 fixtures … a figure that increases annually!

John feels that Robe is currently “one of the largest moving light manufacturers in the industry, and with such a wide range of products, enables us to deliver every type of show with ease and confidence”.