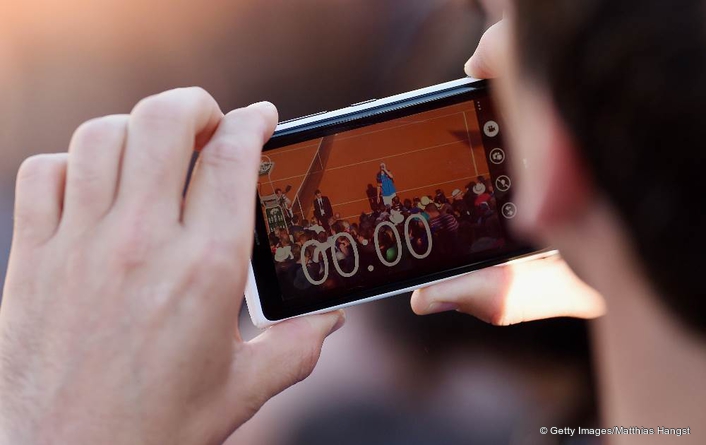 According to forecasts, 85 per cent of online Olympic viewers will use a 'second screen' to feed their appetite for insights and to share their reactions. Since the first live radio broadcasts at Antwerp 1924 and the first live television coverage at London 1948, the Olympic Games have always used cutting-edge communications technologies to bring the main events to audiences all around the world.

This year at Rio 2016, social media platforms such as Facebook, Instagram, Twitter and Snapchat will take sports fans closer to the action than ever before, turning athletes and fans into content producers and transforming the experience of watching the Games.

"The narrative now comes in the first person: the voice of the Olympian, which is a game changer when it comes to content," says Alex Huot, head of social media at the International Olympic Committee (IOC). 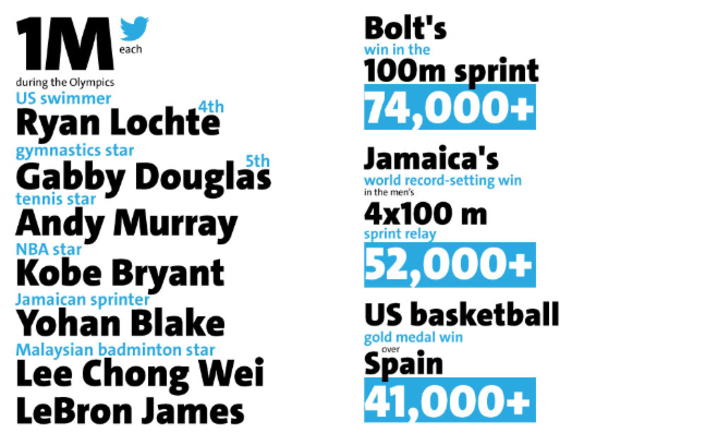 Twitter statistics from London 2012: some of the most tweeted about stars and events

Huot started with the IOC communications team 16 years ago and has witnessed at first hand the dramatic impact that social media have had on the once distant fan-athlete relationship. "Now it's a lot more intimate, personal, immediate and authentic," Huot says.

It's a rare athlete these days who doesn't have their own Twitter, Facebook or Instagram accounts. Some of the biggest stars now have followers numbering in the millions or even tens of millions, giving fans unprecedented access to their preparations for their events and delivering a unique taste of the atmosphere in Rio. 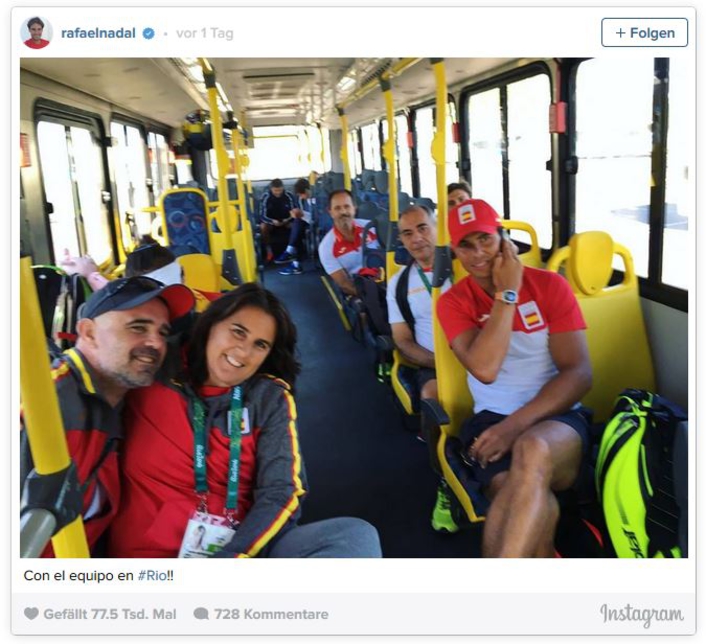 The Millennial Games: how young fans and athletes are leading the conversation at Rio

The official accounts of over 6,000 Olympians can already be found on the IOC's Olympic Athletes’ Hub including the most followed Rio Olympians on social media.  Rio 2016 has the potential for generating 'the biggest ever conversation,' Huot says.

2016 Trend setting
Social media first began to make their presence felt at London 2012, which were dubbed the first true social media Games, with more than 150 million tweets over the course of 16 days.

Even before the London 2012 opening ceremony began, Twitter experienced more Olympic Games-related tweets on the day than it recorded on any day of the Beijing Games in 2008. Nearly 10 million tweets mentioned the opening ceremony alone, peaking when Mr Bean made his memorable appearance in the show. 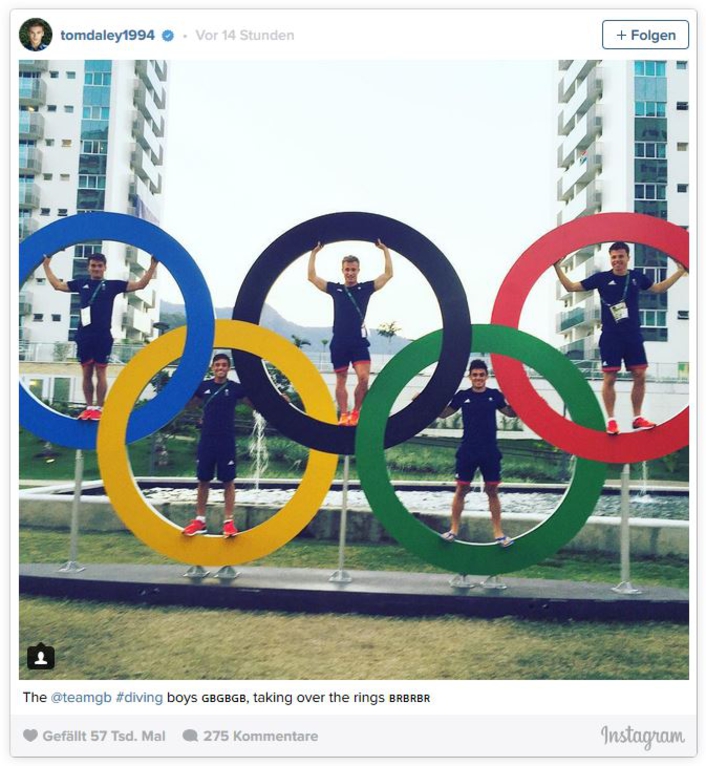 The athletes that were most tweeted about at London 2012 were Usain Bolt, Michael Phelps and British diver Tom Daley. When those three stars return to action at Rio 2016 in just a few days' time, social media activity is likely to dwarf the level of four years ago.

The numbers of followers of Rio 2016's official social media accounts have already been increasing rapidly ahead of the opening ceremony this Friday (5 August). The Rio 2016 Facebook follower count is up to nearly two million, with 390,000 followers on Twitter and over 250,000 on Instagram. These figures are expected to rocket when the Games begin.

Video is king
As well as enabling new levels of interaction with athletes, today's social media companies are discovering, just like the broadcasters of an earlier age, that their users value above all real-time content and live video. 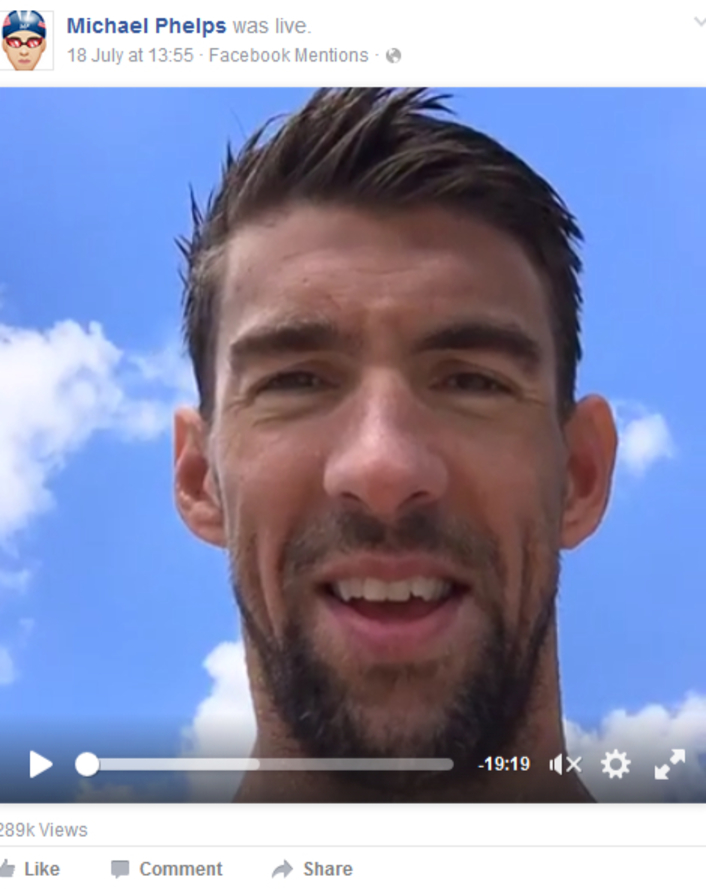 To meet this demand, Twitter has acquired the Periscope app and Facebook has created its Facebook Live streaming service; both technologies are being used extensively by Olympians, with Michael Phelps reportedly paid US$200,000 by Facebook to connect to fans on Facebook Live.

Reflecting the value of real-time content to followers of the Olympic Games, this week Rio 2016 launched an English language account on Snapchat, the social media platform on which all video content disappears after 24 hours.

"Snapchat will give users an insider’s peek into the feeling and the atmosphere of being in Rio de Janeiro," Ian Francis, social media producer at Rio 2016. says. Three-time Tour de France winner Chris Froome has already invited fans to follow him in Rio on Snapchat.

Francis says Snapchat's success, especially with the young, is due to its intimacy and immediacy,. "Snaps and videos are often a reflection of who you are in the moment," he says. Snapchat thrives on communication, creativity and story-telling: all these characteristics make it ideal for athletes at the Olympic Games.

Second screen
Although video content on social media is growing rapidly, television continues to be the technology of choice for watching the Games live. In total, more than 3.5 billion people are expected to tune in to watch the Rio 2016 Olympic Games on television, making the Games one of the most widely shared live experiences in history.

The use of mobile devices as a so-called 'second screen' while watching sport on television means that Rio 2016 is set to drive social media activity to new highs.

According to market research firm Global Web Index, 85 per cent of Olympic Games television viewers with online access will use a smartphone or tablet device to feed their appetites for deeper insights, data analysis, shared opinions and access to behind-the-scenes action.

Today's sports fans will also be using social media to react to results from Rio 2016 in real time, becoming broadcasters in their own right andsharing their thoughts and feelings with other fans around the world, wherever they may be.

It's the latest chapter in the long story of how the Olympic Games have harnessed the power of media and technology to bring people together, just when the world needs it most. 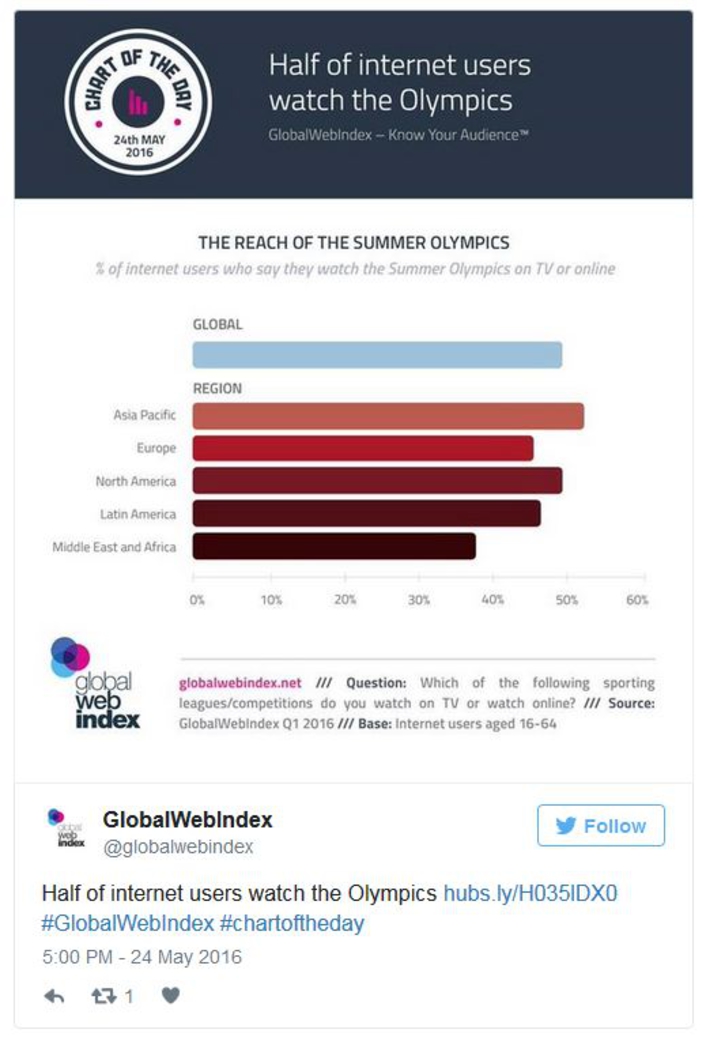